Last weekend, we discussed AMD's Ryzen Threadripper Pro processors, and now, AMD has confirmed everything, revealing what they call the "Ultimate processor for professional workstations".

AMD's new Threadripper Pro lineup brings 64 cores to the x86 workstation market for the first time, outpacing Intel's current offerings, which currently can deliver 56 cores across a dual-CPU Xeon Platinum 8280 system. In short, AMD is offering more with one processor than what Intel can deliver with two.

With these new processors, AMD has partnered with Lenovo to deliver their ThinkStation P620, a first of its kind system which launches today worldwide. These systems are designed for workstations that span many disciplines, from Design and Manufacturing to Media and Entertainment, software development, scientific analysis, architecture, construction, and engineering. 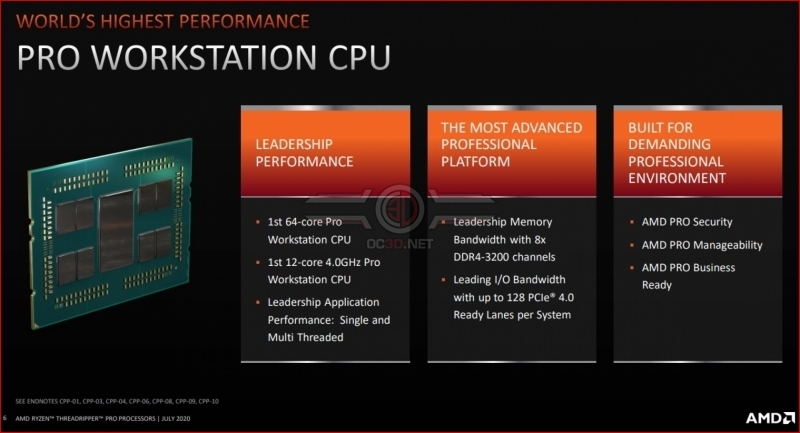 All of these processors will support 8-channel memory, ECC memory and a wide range of DDR4 memory types, including UDIMM, RDIMM, LRDIMM and 3DS RDIMM memory. These processors can support up to 2TB of DRAM on a single processor.

Typically, these new Ryzen Threadripper PRO processors feature clock speeds which are a few hundred MHz slower than their standard Ryzen Threadripper counterparts, while offering users more memory channels and a total of 128 PCIe 4.0 lanes. The series is made up of the 12-core 3945WX, the 16-core 3955WX, the 32-core 3975X and the 64-core 3995WX. All of these processors feature a 280W TDP. 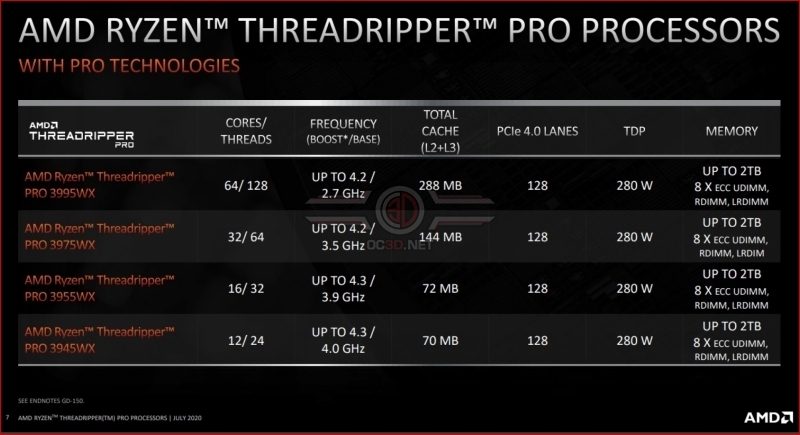 When compared to Intel, AMD's Threadripper Pro lineup is designed to be simpler, offering customer four CPU options, a single Threadripper PRO platform and a consistent feature set across their product line.

With this, AMD hopes to win over many OEMs to their cause, as their Threadripper Pro models can span seemingly any industry, thanks to their 8-channel memory support and insane number of PCIe 4.0 lanes. When there are 128 PCIe 4.0 lanes on offer, there is no need for extra complexities like PLX chips and other add-ons.

With Threadripper PRO, AMD plans to offer its customer more cores, more PCIe lanes and more memory bandwidth than Intel. AMD plans to take the workstation market by storm with its latest offerings by challenging all of Intel's major Xeon products. 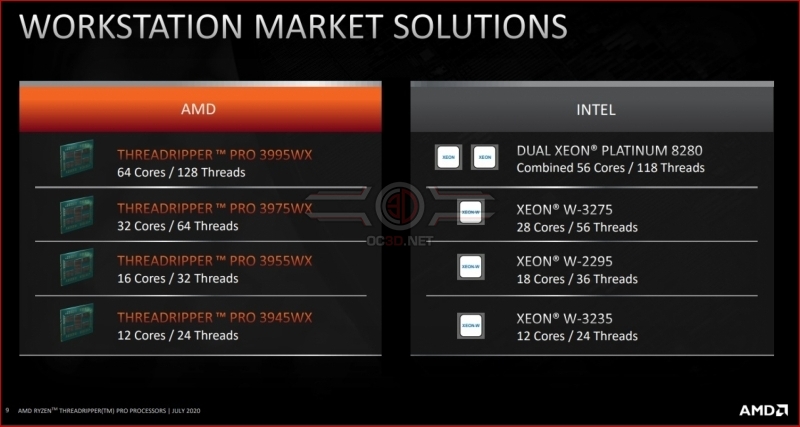 When compared to consumer-grade Threadripper processors, AMD's offering support for larger banks of DDR4 memory, four additional memory channel and 2x as many PCIe 4.0 lanes. In addition to that, AMD is offering its users support for "AMD PRO Technologies", which include built-in security features, manageability features and "Business Ready" software support. 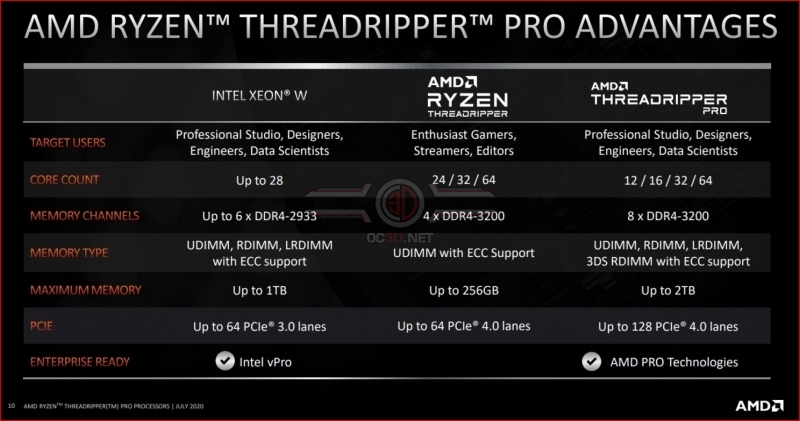 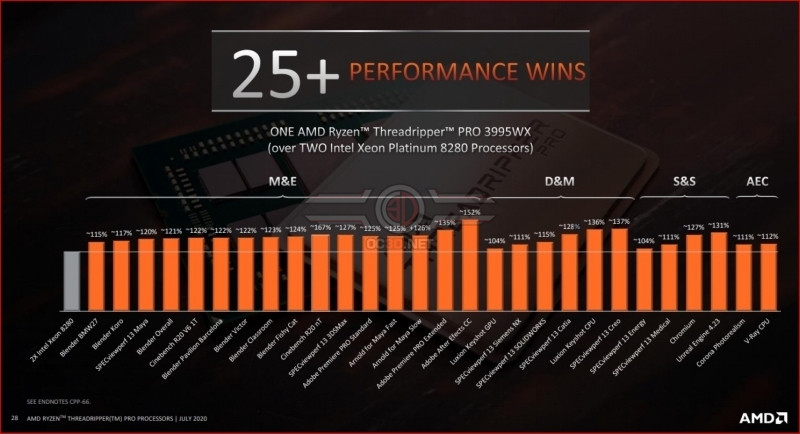 With Lenovo, AMD will be bringing Threadripper Pro to the world with the ThinkStation P620 product line. This product range will be powered exclusively with Threadripper PRO processors and are available now. More Threadripper Pro workstations are due to be revealed at a later date. 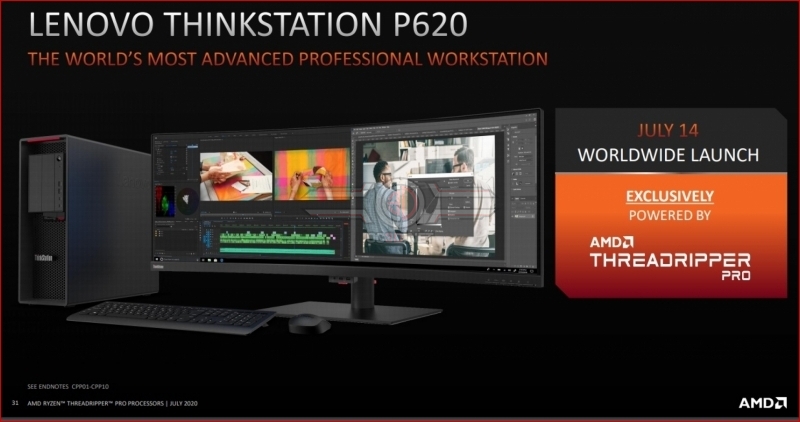 You can join the discussion on AMD's Threadripper Pro workstation processors on the OC3D Forums.

Dicehunter
I'd love to see a video breaking down all the security features in the TR Pro lineup, What do they do, How do they work, I find that type of stuff fascinating.Quote

Avet
I wouldn't like to be in Intel's office right now. This is out and Zen 3 is coming... I don't think Intel has some dragons laying in the backyard and Jon Snow playing Solitare on Win XP machine to miraculously save them against all odds.Quote
Reply