AMD is rumoured to launch Ryzen 3000 series APUs at CES

AMD is rumoured to launch Ryzen 3000 series APUs at CES

AMD's first-generation Ryzen APUs could be seen as a mid-way point between AMD's Ryzen 1000 and Ryzen 2000 series processors architecturally, using the same 14nm process node as AMD's initial Ryzen processors while offering some of the cache and memory latency improvements that came to define the 2000 series.

Rumour has it that AMD plans to launch their Ryzen 3000 series APUs at CES 2019, the company's long rumoured Picasso series processors, which are rumoured to be built using the Globalfoundries' 12nm process and offer both power draw and performance benefits over its predecessors.

With Ryzen mobile, AMD's 3000 series parts will likely offer more performance within the platform's low power requirement or offer similar performance while delivering increased battery life. On the desktop side, these new APUs are likely to offer higher CPU and GPU clock speeds and support higher speed DDR4 memory, which is great news for budget gamers.

The only shortcoming of these APUs is the fact that they likely to be 12nm, which means that they cannot take advantage of TSMC's impressive 7nm lithography. This will limit AMD's performance improvements generation over generation, as AMD's 12nm APUs are likely to use the same Zen+ design as AMD's mainline Ryzen 2000 series CPUs. 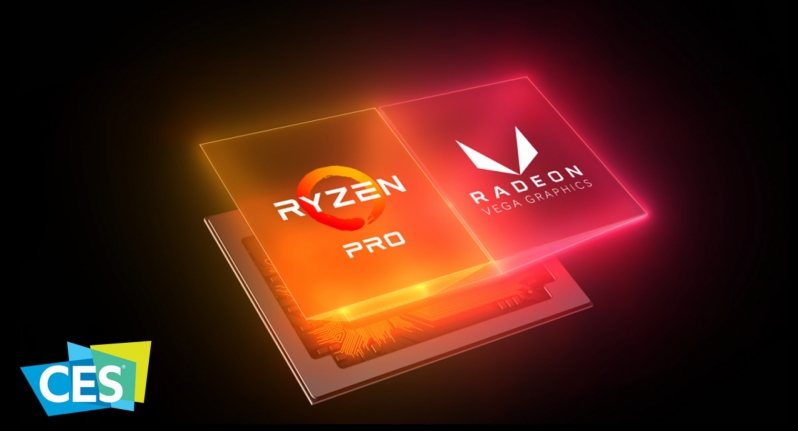 You can join the discussion on AMD's rumoured Ryzen 3000 series APUs on the OC3D Forums.

Dawelio
So someone correct me if I’ve understood incorrectly here... But are these AMD’s new 3000 series Ryzen CPUs that are coming? Ie, ”rumored” Ryzen 7 3700X for example or are these something else/different?.Quote

tgrech
Going from leaked benchmarks & precedent of last generation(s) it seems like the 3000G(H/U/ect) series is the 12nm Zen+ refresh of the 2000G parts(Which were 14nm Zen1 parts but that launched shortly before Zen+ parts, which were exclusively non-G 2000 series, so there were no 1000G series parts but that's kinda what they were). Then the 3000 non-G parts will likely follow a few months later with 7nm Zen2. 7nm APU's will almost certainly use Navi rather than Vega, so we shouldn't really expect them before Navi's discrete launch(Which is expected much later in 2019 than Zen2 I think), and will presumably be 4000G parts, about 12 months after these 3000G parts launch would seem a sensible guess(And it might not be the only set of APU designs they're launching around that timeframe going from console rumours).Quote

WYP
Quote:
TBH AMD's early desktop APUs should have been 1000G series parts and these should be 2000G series parts. Makes the most sense architecturally and process-wise.

Yeah, the current APUs offer some of the advantages of the newer 2000 series parts (better cache latencies etc) but they are 1000-series products at heart. Ryzen 1.5?Quote

ET3D
Most plausible rumour I've read in a while.

I'd guess that the Ryzen 3000U family will be announced. I'm not expecting announcements for desktop Ryzen 3000 (will be pleasantly surprised if there is one).Quote
Reply