AMD is reportedly achieving great yields on their Zen 2 CPU dies, but not as good as last-gen

AMD is reaping in the benefits of multi-chip CPU design

AMD is reportedly achieving great yields on their Zen 2 CPU dies, but not as good as last-gen

Why did AMD move towards multi-chip CPUs with Zen? The simple answer is economics. Making products with larger and larger die sizes results in an exponential increase in product cost, not due to the larger amounts of silicon that are used, but at the steep rise in the failure rate of manufactured silicon.

AMD's approach with Zen was designed to make higher performance/core count processors more affordable, shaking up both the consumer and server sides of the PC industry. This trend is set to continue with the company's 7nm Zen 2 architecture, which has been designed to deal with some of the downsides of AMD's original Zeppelin (EPYC) multi-chip CPU designs.

A report from Bits and Chips has claimed that AMD's 7nm Zen 2 dies are being manufactured with a yield rate of around 70%, which isn't bad for a new processor on a leading-edge process node. While AMD's 14nm Zen dies had higher yields than this, it must be remembered that we are much earlier in 7nm's life cycle than AMD's Zen products were for 14nm. Yield rates will improve as TSMC's 7nm process matures.

For context, it is also claimed that the yield rate for Intel's 28-core CPU dies have a yield rate of 35%, a data point which partially explains why Intel's high core count processors cost so much. This positions AMD to make some serious profit from their high core count Zen 2 EPYC offerings, as their higher yield rate lowers the cost/chip of their CPU manufacturing, significantly increasing their profit margins.

AMD's cost-effective CPU designs will be leveraged to deliver increased value for their customers and higher margins for AMD as a company, benefiting AMD as a manufacturer and customers due to the introduction on high-value products. 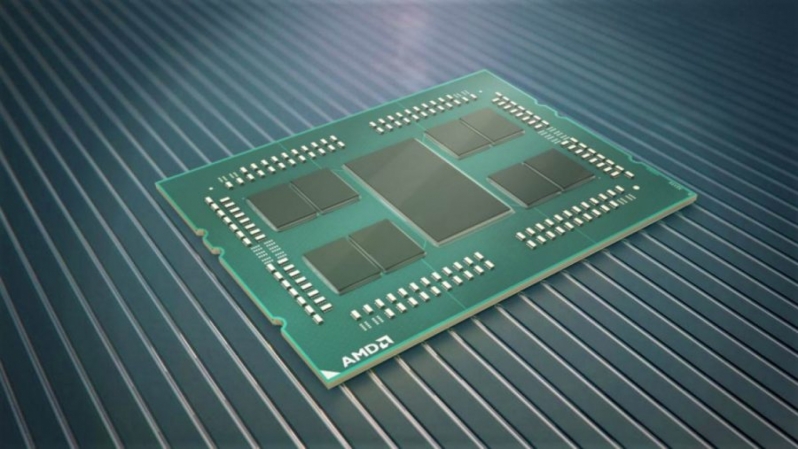 While it has its disadvantages, AMD's MCM (multi-chip-module) processor designs can deliver some serious value to consumers, so much so that many of their rivals are also working on multi-chip CPUs of their own.

Regardless of what way you look at it, high yield rates for AMD's Zen 2 processors are a good sign for the company, as lower chip costs will enable the company to generate more profit per sale and offers the company more room for price reductions later down the line.

You can join the discussion on AMD's high Zen 2 yields on the OC3D Forums.

Their top end 16c/32t option will be a day 1 purchase for me.Quote

Surpuppa
Quote:
Some rumors state that they will not releasing their 16 core variant at launch thoughQuote

NeverBackDown
I mean it's work smarter not harder. That's the approach they took with Zen. Despite the few drawbacks, like latency, it's still a far better solution and even it outright performance is a must you can still get two Zen based CPUs for one Intel CPU in the data market. Which is a big bonus.Quote

MacLeod
I'm looking forward to these and they'll probably be a day 1 buy for me as well. Not that I need it cause my humble little 1600x is working just fine.

I doubt I'll spring for a 16 core tho as mine is purely a gaming rig.Quote
Reply