Get a free game with AMD's Ryzen CPUs

AMD has announced a new game bundle, one which will offer purchasers of new Ryzen 5/7 2000 series processors a free copy of Ubisoft's The Division 2, which is due to release on March 15th.

This bundle will be available at selected retailers across the world. Please check with your local retailer to see whether or not they are participating in AMD's Ryzen 2000 game bundle.

The terms and condition of this new game bundle are available to read here. The UK's participating retailers include Scan, Overclockers UK, Ebuyer, Box.co.uk, PC Specialist and CCL Computers. 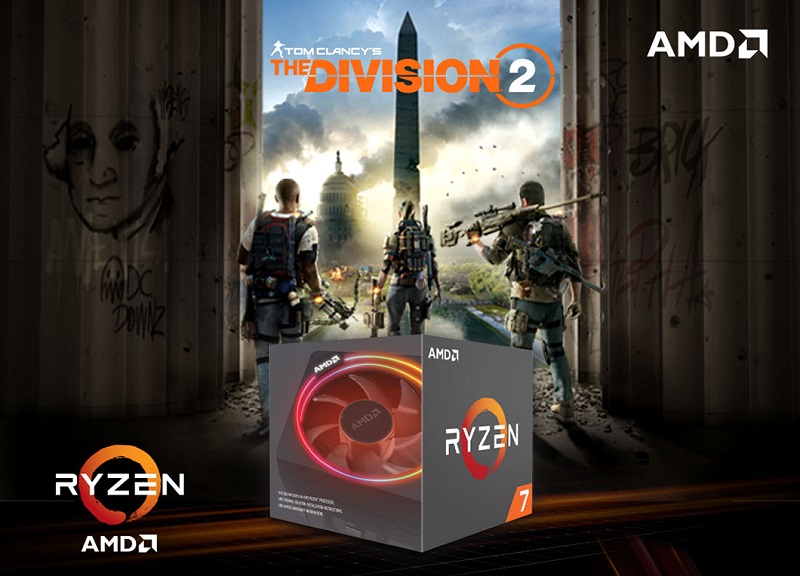 You can join the discussion on AMD's Ryzen 5/7 2000 series The Division 2 Game Bundle on the OC3D Forums.

Dark NighT
Just last week i ordered a 2600 for a build :PQuote

Darkdayzzz
Quote:
If you get in contact with AMD and tell them that and ask them if you can get the promotion code for the game they likely will tell you "show us your invoice and we will give you a code" if you are interested in Div2 that is

Heck I'd do it anyway as you can sell the code for $$$ and it'd be free to you since you are getting that CPU anywho.Quote

Dark NighT
Quote:
Good advice for selling it yeah, not really interested in any Ubi game but free money is free right!Quote
Reply