AMD is already working on Zen 5

AMD's plans for Zen extend beyond 2020

AMD is already working on Zen 5

In a video released last night, AMD's Mike Clark, a Senior Fellow Design Engineer at AMD confirmed that he was already working on Zen 5, revealing how far forward AMD are looking with their Zen CPU architecture.

So far, AMD has confirmed that they have "leapfrogging" design teams for Zen, with every iteration of the architecture having several years of engineering behind it, though before now AMD has only shown Zen 2 and Zen 3 on their roadmaps.

It has been speculated that AMD will ship Zen 4, due to the negative associations with that number in Chinese culture, which could mean that Zen 5 could release as early as 2021. AMD has also noted that the "Zen 5" codename is subject to change, though it is nonetheless encouraging that AMD is already working on products that will be released beyond 2020.

Zen 2 will release in 2019 on a 7nm manufacturing process, with early rumours suggesting that the die shrink will allow AMD to increase the clock speeds of Ryzen and offer enough die space savings to deliver 6-core CCX units, potentially allowing up to 12-core processors and 6-core APUs on the company's  AM4 platform. Zen 2 will also be the first time where AMD delivers some significant architectural changes to Zen, with Zen + acting as more of a refined Zen than a true successor. 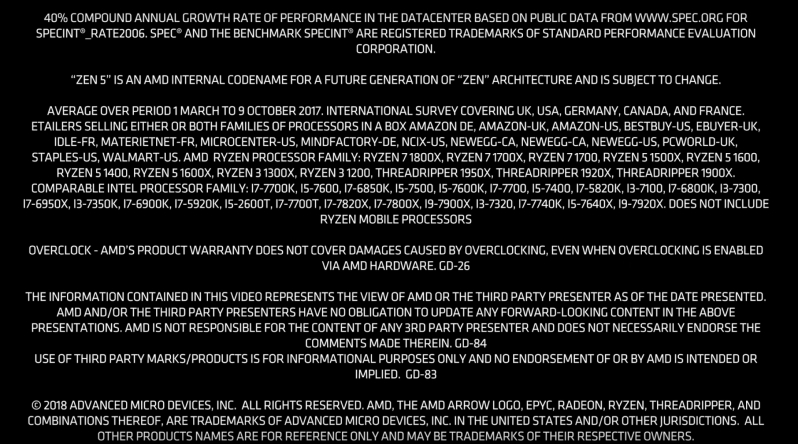 You can join the discussion on AMD's work on their Zen 5 architecture on the OC3D Forums.