AMD has revealed their plans to host a "Next Horizon" event on November 6th, where the company will "discuss the innovation of AMD products and technology, specifically designed with the datacenter on industry-leading 7nm process technology".

At this time it is unknown what AMD plans to highlight at this event, though the Horizon name suggests that AMD's Zen 2 architecture will be involved. AMD's previous Horizon event revealed the company's Ryzen brand name for the first time, as well as a lot of information about the company's Zen processors. The "Next Horizon" name is likely a reference to AMD's next-generation Zen 2 architecture.

With a focus on 7nm, it is likely that AMD also plans to showcase their 7nm Vega graphics hardware, given its intended positioning within the datacenter market. Either way, we can expect AMD to release a lot of material about their future products, though at this time we can only guess at AMD's plans. 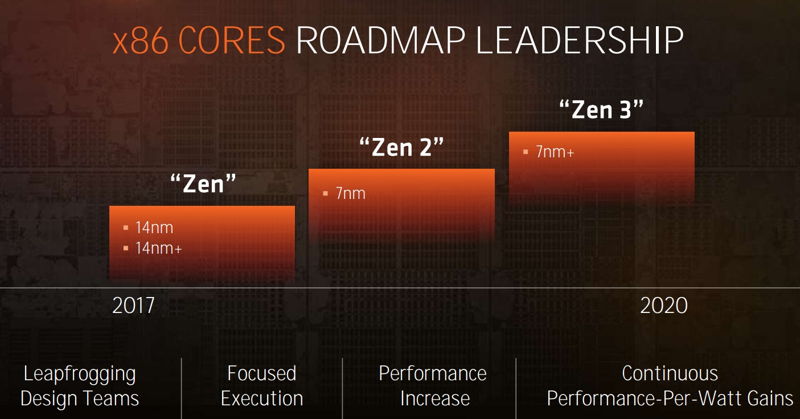 With plans to release both 7nm Vega and 7nm Zen 2 hardware in the coming quarters, now is the perfect time to build up hype and to showcase that their new products are capable of. In the CPU market, AMD needs to give the x86 market a reason to back them over Intel and reveal clear progress since their reveal of Zen in 2016, as well as a forward-looking roadmap that will give customers a reason to support AMD in the long-term. AMD has to prove that the company has a future beyond Zen/Zen 2.

What do you think AMD will reveal next Tuesday? You can join the discussion on AMD's "Next Horizon" Event on the OC3D Forums.

NeverBackDown
Hope it's a big leap. Would like to switch over to AMDQuote

Dawelio
Quote:
It says ”New Horizon” and not ”Next”...

NeverBackDown
He most likely forgot. Thinking about the last events name being Next and this one being New. Easy to confuseQuote

Arne Saknussemm
The event is AMD Next Horizon

They've used a "New Horizon" image from the last event...I guess because there aren't any cool images up yet for this "Next" event...