AMD has revealed a lot about their 2019 CPU plans over the past few months, detailing their planned Zen 2 EPYC processors in late 2018 and their AM4-based Ryzen 3rd Generation processors back at CES. Until now, the company has been silent regarding their next iteration of the Ryzen Threadripper series, at least until now. 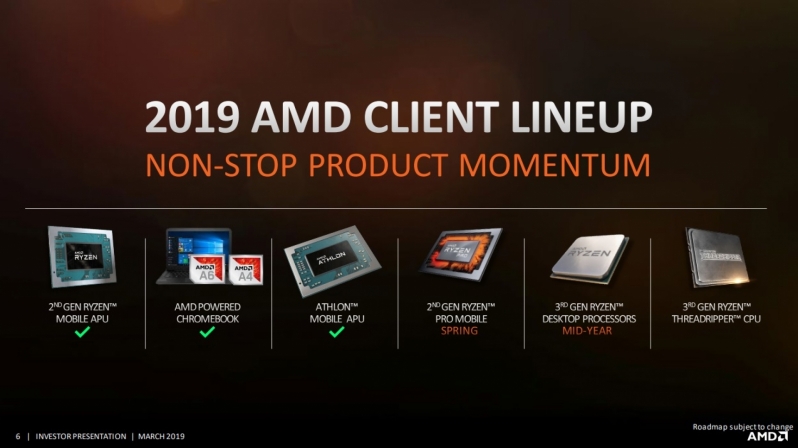 So what can we expect from Threadripper 3rd Generation?

AMD could release Threadripper 3rd Gen with the same core count as 2nd Gen, utilising AMD's Zen 2 architecture and higher clock speeds to offer the bulk of its performance improvements, though it is also possible for AMD to deliver an intermediate core count boost. A 48 core model seems likely, with AMD saving a full 64 core offering for a later date. Does AMD really need 64 cores to beat Intel's HEDT offerings in 2019?

With Threadripper using the same CPU socket as EPYC, AMD can easily offer the same core counts as EPYC 2nd Generation. The question now is, will they?

You can join the discussion on AMD's Ryzen Threadripper 3rd Generation processors on the OC3D Forums.
«Prev 1 Next»

Quote:
Drool all over the keyboard !!! XDQuote