AMD's CEO, Lisa Su, has confirmed that the company has no plans to license any more x86 chip designs to THATIC, the company's Chinese joint venture with Hygon.

This means that Hygon will be limited to AMD's original Zen architecture, preventing them from taking advantages of the innovations that are offered by Zen 2 and future AMD CPU microarchitectures.

Back in 2016, AMD agrees to license its x86 and SoC IP to Tianjin Haiguang Advanced Technology Investment Co. Ltd. (THATIC), a joint venture between AMD and Hygon which would enable the latter to create and sell x86 processors within the Chinese market. This deal gave AMD $293 million and the promise of royalty payments, giving AMD a much-needed cash injection.

This joint venture enabled Chinese companies to manufacture x86 processors with custom elements that would make them suitable for use by the Chinese government while giving Intel some new competition within the region. Now, AMD seems content to keep their new IP to themselves, with Lisa Su stating that "THATIC was a single-generation technology license, and there are no additional technology licenses," when questioned by Tom's Hardware.

When compared to 2016, AMD is in a fundamentally different financial position. AMD now makes profits every quarter, and the company is set to have an incredibly successful 2019, with the launch of Zen 2 being set to shake up both the server and consumer PC markets. Simply put, AMD doesn't need to share their IP with China anymore, as they can generate profits without them. 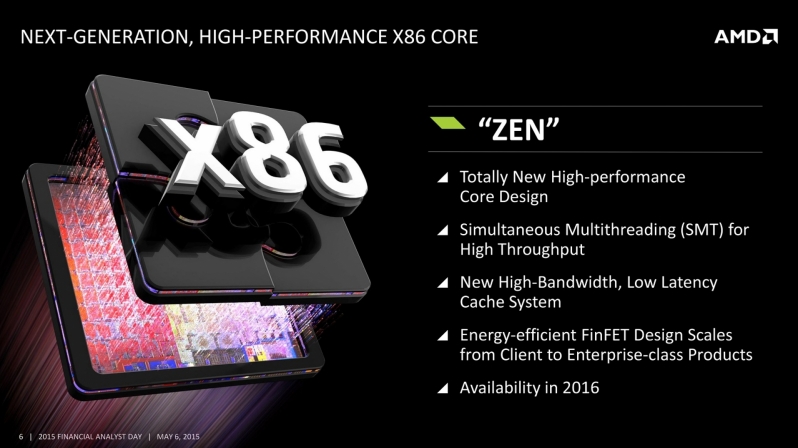 You can join the discussion on AMD halting their IP sharing with China on the OC3D Forums.

tgrech
Probably also has something to do with the fact the Via & mostly Shanghai government(80%) owned Zhaoxin KaiXian x86 processors are starting to really come into their own now, this years models are 50% faster, with big steps being made each gen.Quote

tgrech
Not sure what you mean there but the Chinese govt. seem to be willing to sacrifice short term perf. to have full control over design & capital of their silicon.

Could say the same about the EU too, with a team here just completing the designs for a custom CPU arch for European exascale supercomputers to avoid reliance on US tech & design/security choices.