AMD's Ryzen 5000 series of Zen 3 processors have just launched (see our Ryzen 9 5950X/5900X and Ryzen 5 5600X reviews), but AMD has no time to rest on their laurels. Work is already underway to bring Zen 3 to more markets, and AMD's engineers are already preparing the company's next-generation architecture, Zen 4.

Right now, AMD's Zen 4 series processors are due to arrive in early 2022, keeping to AMD's strict 12-18 month CPU release schedule. Zen 4 is already confirmed to be designed for a 5nm manufacturing process, though at this time it is unknown how AMD will utilise this process. Will AMD inflate their core counts once more, or will AMD focus on continued IPC and clock speed improvements? If we are lucky, maybe both are on the cards for Zen 4.

In an interview with The Street, AMD's Rick Bergman discussed AMD's next-generation Zen 4 architecture, promising "a similar long list" of improvements as Zen 3. With Zen 3, AMD delivered a reported 19% IPC boost over Zen 2, and Zen 4 could deliver similar gains, with Bergman stating that are looking at "everything from the caches, to the branch prediction, [to] the number of gates in the execution pipeline."

" Everything is scrutinized to squeeze more performance out," claimed Bergman. What's also worth noting is that Bergman was asked whether or not AMD's Zen 4 architecture would come from core count increases of boosted IPC. If these statements are any indicator of Zen 4's design goals, AMD's focusing on IPC improvements, not heightened core counts.

Regarding Zen 3's use of a 5nm manufacturing process, Bergman stated that it "opens an additional door for us to better performance-per-watt". With Zen 4, it is possible that AMD could deliver more Zen 3-like gains, and perhaps do even better. 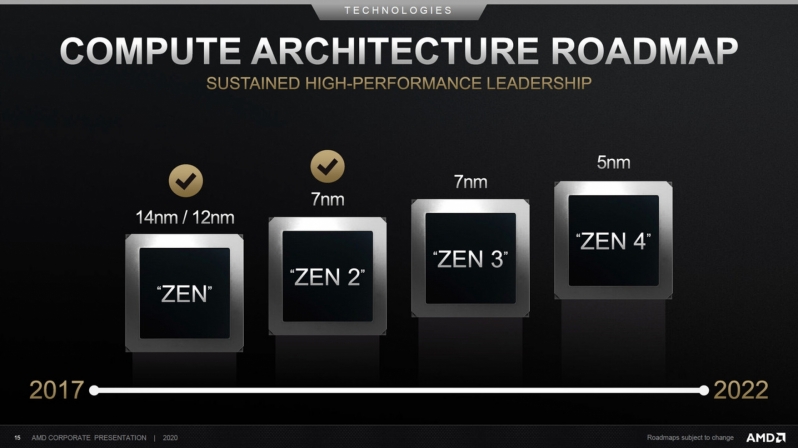 In the coming months, we expect AMD to reveal Zen 3-based Ryzen mobile processors, further detail their Zen 3-based 3rd generation EPYC processors and reveal new Zen 3-based Ryzen Threadripper series processors. AMD has a lot of hardware to ship before Zen 4 comes to market, and it is encouraging to see that AMD plans to continue innovating at their current pace.

You can join the discussion on AMD's Zen 4 architecture on the OC3D Forums.