When AMD launched Raven Ridge back in February, we awarded both their Ryzen 3 2200G and Ryzen 5 2400G OC3D Value for Money awards (full review link). On the CPU side, both processors offered performance improvements over their last-generation counterparts while also adding Radeon Vega graphics into the mix, providing a lot of value for money for budget gamers.

We have checked several major UK components retailers, all of which use these reduced prices for Raven Ridge, providing a lot more value for money for consumers. 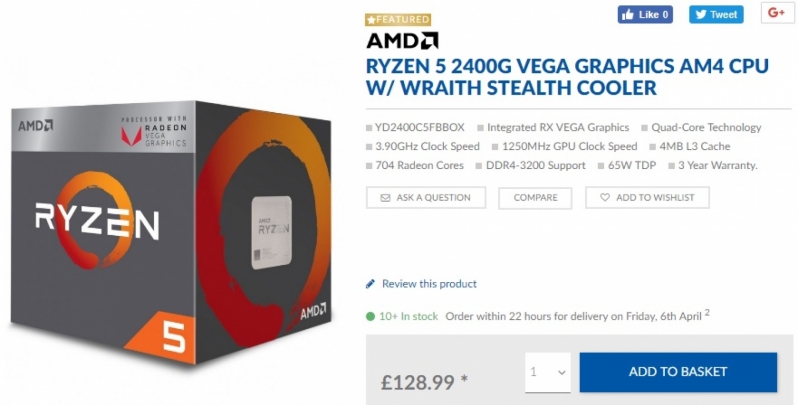 It is encouraging to see AMD lower the price of their Raven Ridge series APUs so quickly, providing PC gamers with another low-cost avenue into the market. While the Vega integrated graphics are nowhere near as powerful as today's dedicated offerings, they offer a great starting point into PC gaming, especially if you are willing to overclock your system a little.

We have plans to release more Raven Ridge content in the near future, including a look at modern gaming titles and how far we can push this unit in some of today's most demanding releases.

Update - You can now have a look at our Ryzen/Raven Ridge APU Gaming overview.

You can join the discussion on AMD Raven Ridge price decrease on the OC3D Forums.