Only two of these dies contain working transistors

Ever since Der8auer delidded his Ryzen Threadripper 1950X, many false rumours have been circulating online regarding Threadripper's core configuration and the purpose of all of those CPU dies.
Many thought that Threadripper simply used 4 CPU cores from each die, a point that has been long disproven by AMD, while others thought that these were "failed" Ryzen CPU dies that simply remained inactive. This left many to assume that Threadripper was simply "failed EPYC" though, in reality, nothing can be further than the truth, as AMD has now explained.
It is true that AMD's Threadripper TR4/SP3r2 socket has the same layout as AMD's EPYC SP3 socket, using the same substrate design and having an identical external aesthetic. Beyond that things become very different, as EPYC uses four active CPU dies whereas Threadripper only has two, which are in a diagonal configuration to allow heat to more evenly dissipate on the CPU's IHS.

The question that many have been asking is what the purpose of the other two dies are, with the answer simply being structural. These extra dies prevent imbalance and allow for simple cooler mounting without any chance of damaging the CPU. These two extra dies are not active or even contain working transistors, they are blank and as such are not "wasted Ryzen CPU dies". 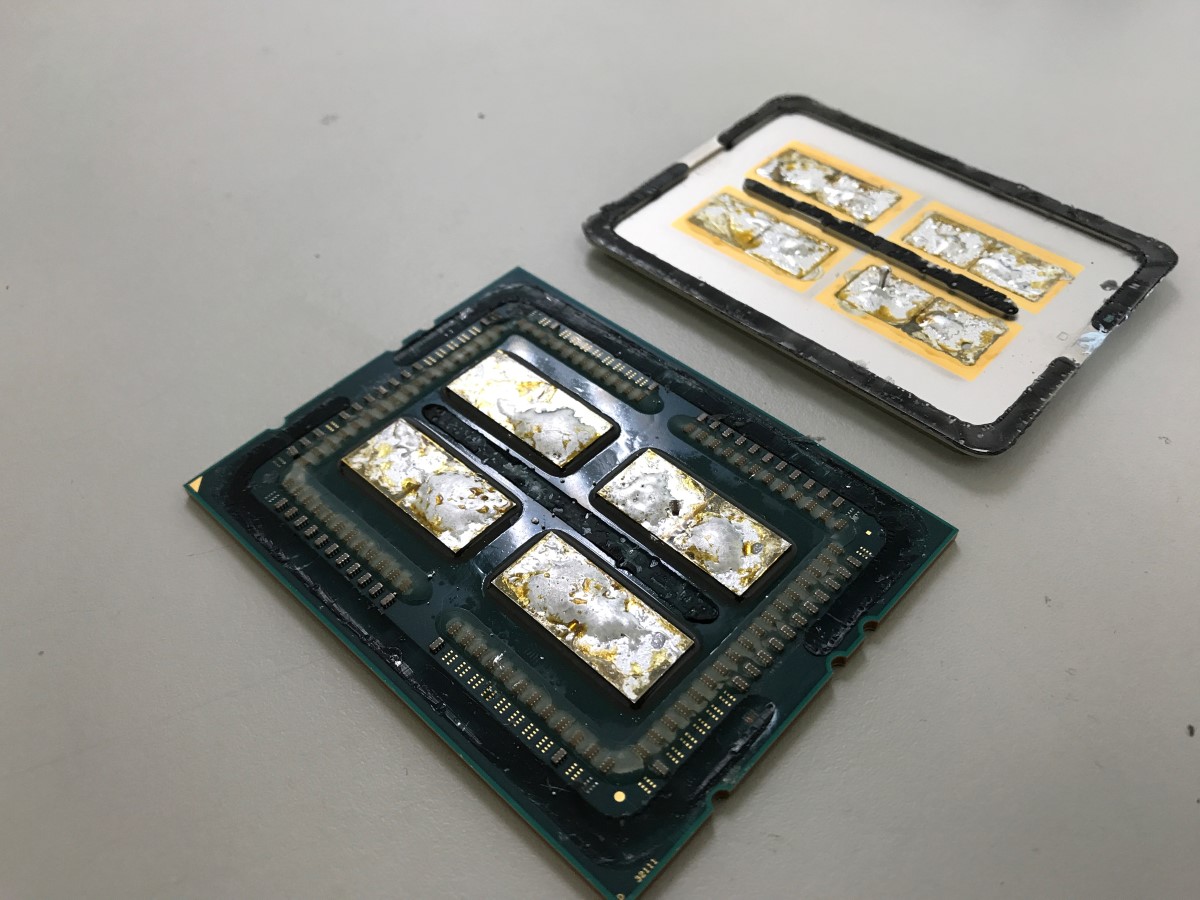 To make a long story short, the two extra dies in Threadripper are merely structural inserts, with the active dies being placed in a diagonal configuration in all Threadripper CPUs to give them all the same thermal profiles. Threadripper CPUs are not "failed EPYC" CPUs and they certainly are not made in a wasteful way by AMD.

Many will ask why AMD did not create a new socket for Threadripper instead of a modified SP3 EPYC socket, but that would require a whole new set of coolers in addition to the coolers that are required for SP3/EPYC and a new socket design which AMD may have been unwilling to create.

You can join the discussion on AMD's Threadripper CPU design on the OC3D Forums.

AlienALX
Intel's 18 core *will* be faster than the 16 core TR. No ifs, no buts. It's got a generation leap over TR (BE to SKYLAKE E) and will, with the right cooling and board, easily surpass the 4ghz barrier.

AMD are going to have to have a response to that, and I truly believe it is going to be more cores.Quote

grec
Quote:
I wouldn't bet on that- the monolithic design Intel uses along with the flawed package design that's been trapping significant heat below the IHS means that AMD have a 30% base clock speed advantage and will likely be able to maintain their boost clocks with considerably more active cores. Intel might have higher 1-4 core boost clocks but that means little for most people buying a part like this. Basically the Intel 18 core will have higher single threaded performance, but as soon as you try to use all those threads the performance will plummet with the clock speeds, killing multicore performance to a degree that the increased IPC and 2 extra cores is unlikely to make up for.

Worth noting that moving to 4 dies/32 cores for AMD much of this advantage disappears, with the ability to maintain these high clock rates vanishing as you hit a TDP of around 180W, which is why I see 32 core Threadripper very unlikely- In many metrics in will likely be slower than the 16 core variant and consumer workloads that can make use of that many cores are scarce. Plus it'd likely be memory bandwidth constrained in many of those workloads without a new chipset to bring 8-channel support.Quote

It's happening ! *runs around in circles waving his arms in the air !"

Then the bubble burst..