Intel has been beaten by a significant margin in PassMark

With Zen 3, AMD has tackled many of the performance bottlenecks within the older Zen models through fundamental redesigns of several aspects of their core architecture, making the Ryzen 5000 series a gamechanger for AMD within the desktop market.

PassMark's CPU database has been updated with results from AMD's 6-core Ryzen 5 5600X processor, as first reported by Videocardz. Thanks to the performance of their Ryzen 5 5600X, AMD has claimed performance leadership in PassMark's single-threaded tests, achieving a score of 3,495. For comparison, Intel's i9-10900K scores 3,175. 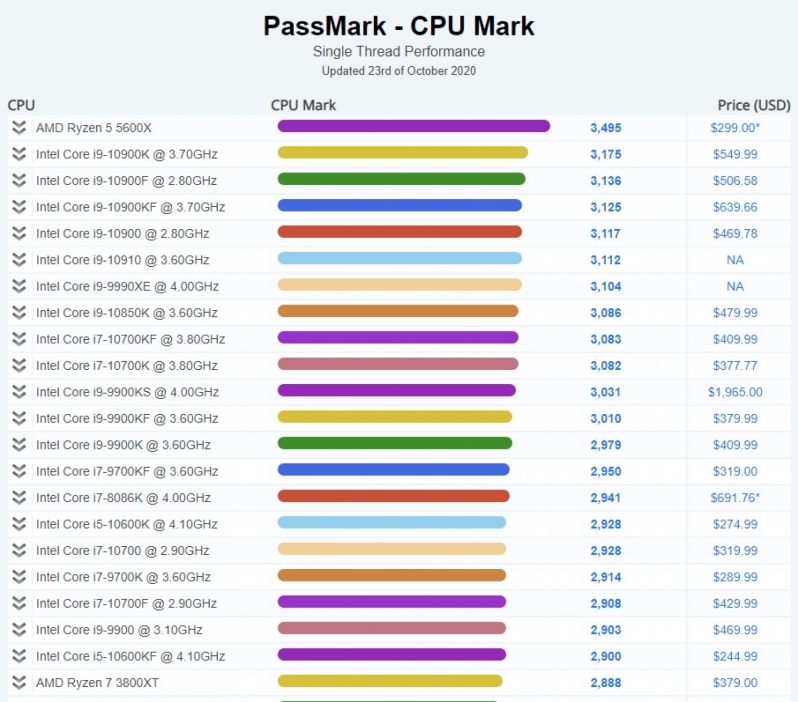 With a price tag of $299, AMD's Ryzen 5 5600X will be a compelling product for gamers and an excellent upgrade options for existing Ryzen users. This will be especially true once 400-series motherboards gain support for Zen 3 processors in early 2021.

You can join the discussion on AMD claiming single-threaded performance leadership in PassMark on the OC3D Forums. 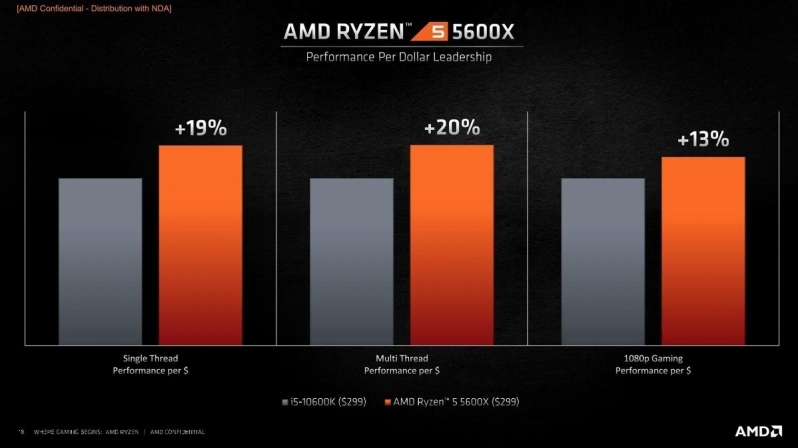 Dicehunter
While benchmarks like this are all good, I'm looking forward to seeing actual game numbers.Quote

AngryGoldfish
Intel's CPU boosts to 5Ghz or more, right? So if the 5600X boosts to 4.6Ghz and yet beats the 10900K, that's incredible.Quote

Warchild
Quote:
And remember the TDP difference. That makes it even more amazing.Quote

Dawelio
Quote:
Quote:
All of this just sounds amazeballs

Now if you mean the actual real world results, then yeah it's pretty insane.Quote
Reply