What if we take AMD's 2nd Generation EPYC processors and move things to a new level? What if AMD could offer its users more performance than their existing 64-core EPYC 7742? They can!

AMD has officially announced their EPYC 7H12, a 64-core processor which offers users a 350MHz boost in base clock speed over AMD's existing EPYC 7742 and a TDP of 280W.

With this new processor, AMD is aiming for the high-performance compute market while delivering the memory bandwidth and PCIe connectivity that EPYC is famous for. When looking at raw LINPACK performance, AMD's EPYC 7H12 offers a performance uplift of around 11% over the EPYC 7742. Not bad for what's effectively a server CPU overclock.

AMD's EPYC 7H12 is explicitly designed for HPC customers, and the chip's TDP requirements demand a cooling solution that's a little better than the average EPYC chip. This will mean water cooling in many cases, which will be more than worth it for the customers that demand the chip's increased performance.

Strangely, AMD's new EPYC chip ships with decreased maximum boost clock speeds when compared to the EPYC 7742. While this is a small downside, the 7H12's boosted base and all-core clock speeds are more than worth this minor degradation in maximum core clock speed. 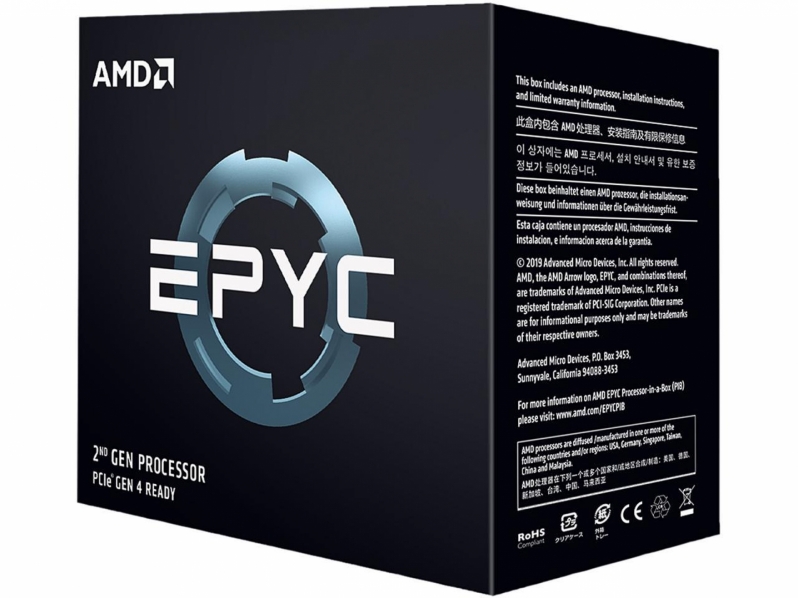 You can join the discussion on AMD's EPYC 7H12 processor on the OC3D Forums.

NeverBackDown
Quote:
For 2 models yeah.. but the fact that they are close to 2W is pretty impressive.

Though I assume they include max TDP based off max Boost Clock, which means when they aren't at full tilt they are consuming way less. That is impressive too. Though in the environment they will end up probably never be idling.Quote
Reply