Some new rumours have come to light which details something that is totally unexpected, an AMD competitor to X99 and Intel's 10-core 6950X.

These rumours have no real backing, with no leaked roadmaps to show or any evidence to corroborate these claims, that being said it is something that is possible given AMD's Zen core design and is certainly a topic that is worthy of discussion.

This information comes from ChipHell, stating that AMD has plans to release a new high-end desktop platform (HEDT) within the next couple of months, with a reveal at Computex. This new platform will feature a flagship CPU with 16 cores and 32 threads and sports support for quad-channel DDR4 memory, with the platform sitting in-between AMD's Ryzen/AMD CPU platform and their upcoming Naples Server platform.

This new platform is said to be coming with an X399 socket and an LGA CPU, bridging the gap between traditional desktop CPUs and server platforms.

Public knowledge by now but AMD has a new HEDT platform coming out in a couple of months. You’ll see more of it at Computex I believe. It’s a 16 core /32 Thread, quad channel behemoth. And it is insanely quick in the tests that Ryzen is already excelling at. So Cinebench, and all other related productivity programs. The gaming issues that were causing the Ryzen AM4 CPUs to behave erratically to say the least have been ironed out. It’s akin to a newer revision on a newer platform. This should be competing with the Xeon and of course 6950X Intel offers for $1700~$1800USD, but at about $1,000 USD if not less for some Skews. Coming soon.

CPSs are pretty big physically, about twice the size of surrent 6950X CPUs and a bit more perhaps. And if you were hoping for pins, nope it’s strictly LGA! It’s NOT 8 channel, but Quad.

Will be a splendid competition between X299 and this AMD platform. Skylake-X is pretty good, not revolutionary but a meaningful step up in IPC and the clocks are pretty high as well. If Intel will have a 32 core part to compete on X299 remains to be seen, but the HEDT platform is going to change quite a bit in the next 4 to 6 months.?

When compared to other AMD Zen platforms, this new CPU socket will offer quad-channel memory support and CPUs with up to 16-cores, half of Naples' maximum of 32 cores and 8 channel memory and double that of AMD's Ryzen 1800X which supports up to 8-cores and dual-channel memory.

Right now we cannot verify any of this information, though it would certainly be an interesting offering for low-cost servers and offer a lot of pure CPU throughput of it is as competitively priced as Ryzen.

At this time AMD has not confirmed the existence of any new CPU platforms other than AM4 and Naples, though it would be very interesting to see if AMD has any plans to bridge the gap between these new platforms.

The only problem with this new Zen platform is that it is said to use a revised Zen core, which has some"issues" "ironed out", though it seems very early in Ryzen's lifecycle to have found and fixed such issues. 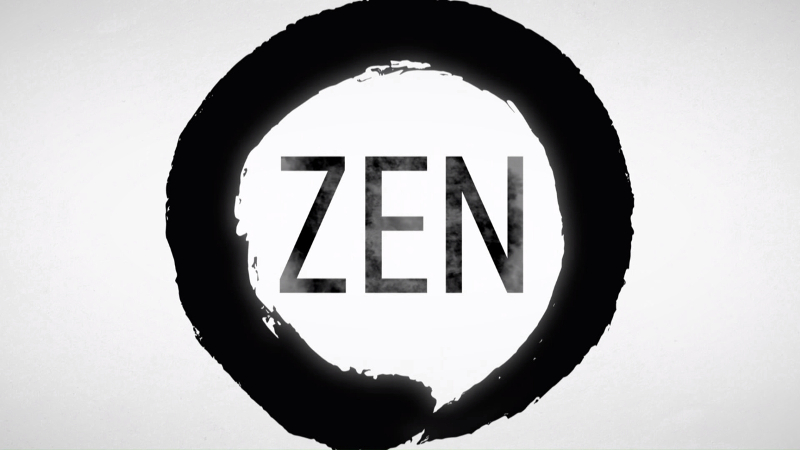 Right now this new X399 socket cannot be called anything other than a concept, with no real evidence to either prove or deny its existence. There is nothing stopping AMD from creating their own X99-like platform to bridge the gap between servers and consumers, so it is not exactly something that can be dismissed out of hand.

In reality, this platform would likely be a single Naples CPU socket with a motherboard that is locked to quad-channel memory configurations, offering capabilities that are similar to Intel's X99 platform but with CPUs that offer increased core/thread counts for increase throughput in multithreaded workloads.

Would you like to see an AMD Ryzen 16-core CPU that competes with Intel X99 and the i7 6950X? You can join the discussion on AMD's rumoured X399 platform on the OC3D Forums.

Bartacus
NBD: agreed! Also, didn't AMD already confirm that the AM4 platform would last for a few years, with no new sockets? I know I read that somewhere, but not sure it was the "official" word.Quote

Kaapstad
The 10 core 6950X is a better overclocker than any of the Ryzen CPUs, AMD need to address this first before even thinking about a 16 core consumer CPU.

AngryGoldfish
This seems highly unlikely and a bit incredible. The leaked dialogue is written convincingly, but calling it X399 and it having none of the issues of current Ryzen seems a little hard to believe, especially that it's going to be unveiled at Computex.Quote

Thelosouvlakia
The only thing that will come out from AMD and will be on LGA will be their server CPU.Quote
Reply