Today marks another important step in our journey to bring innovation and excitement back to the PC industry: the launch of our Ryzen PRO desktop CPUs that will bring disruptive levels of performance to the premium commercial market,
Offering a significant leap in generational performance, leadership multi-threaded performance, and the first-ever 8-core,16-thread CPU for commercial-grade PCs, Ryzen PRO provides a portfolio of technology choices that meet the evolving needs of businesses today and tomorrow. 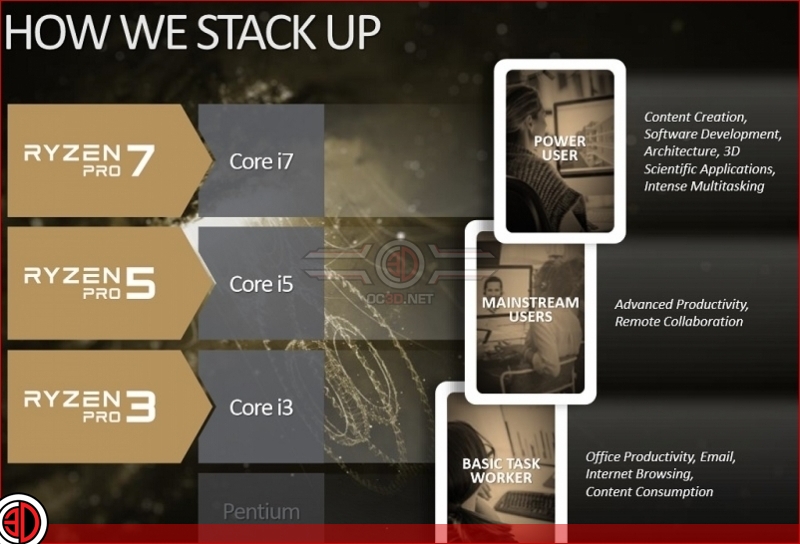 AMD is targeting Intel's i7, i5 and i3 processors with this release, coming with competitive pricing and increased core/thread counts when compared to their competition.

Ryzen 7 Pro will come with similar pricing to Intel's i7 desktop lineup, with 8 cores and 16 threads to offer much more pure performance than Intel's competing 4 core 8 thread CPUs. Ryzen 5 Pro will also offer 4/6 cores with 8/12 threads to compete with Intel's 4 core 4 thread i5 CPUs.

With Ryzen 3 AMD will be targeting the i3's segment of the market, with 4 cores and 4 threads to compete with Intel's dual-core and quad thread offering. This should give AMD a huge advantage in this market. 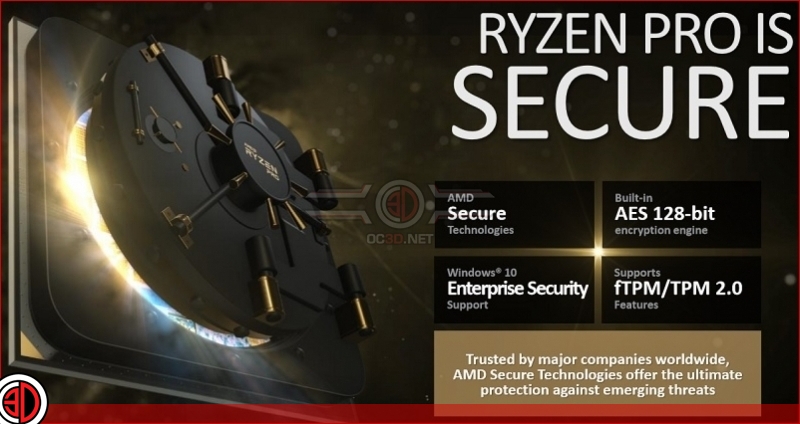 The main differentiator between Ryzen Pro and traditional consumer desktop Ryzen will be the support of select security features, like memory encryption, giving Ryzen Pro an advantage in environments where security is key.

Here Ryzen Pro offers yet another advantage over Intel's i3 series of CPUs, as they lack Intel VPro Security compatibility. This will allow AMD to offer both performance and security advantages in this market segment. 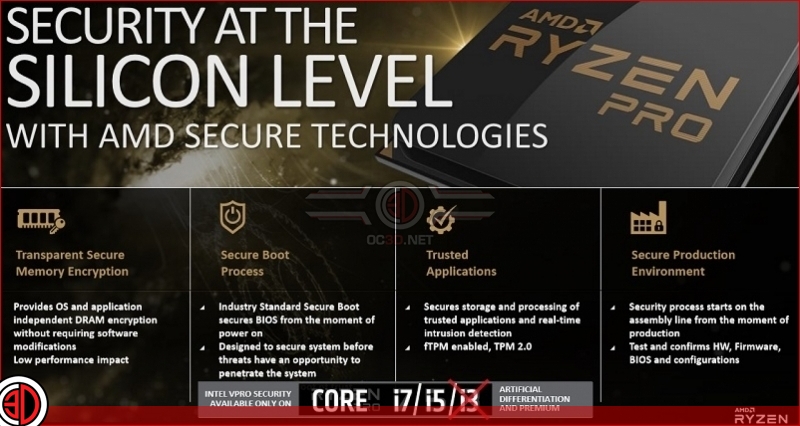 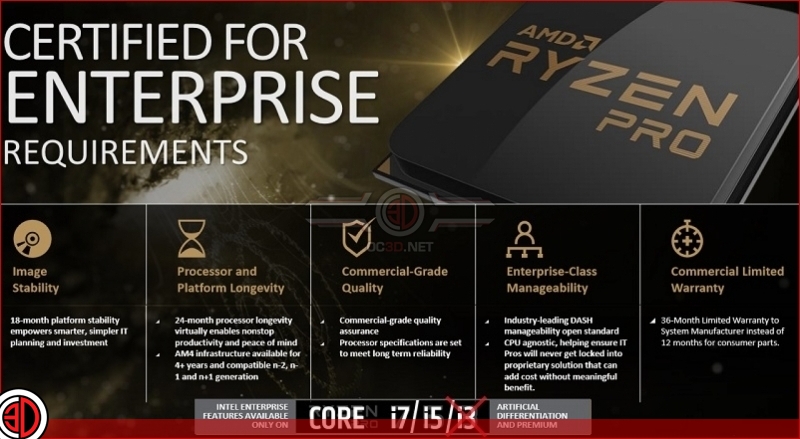 It is likely that the Ryzen 3 Pro 1300 and 1200 will release with similar clock speeds and core/thread counts under the Ryzen 3 naming scheme, though this has not been confirmed by AMD.

AMD plans on revealing more information on their new Ryzen Pro series of CPUs on August 29th, which is just over two months away. Should we expect to see the release of Ryzen 3 before then on desktops?

You can join the discussion on AMD's new Ryzen Pro series of CPUs on the OC3D Forums.

Dawelio
Even though you'll never see it anyway, but that black CPU design though, with gold lettering

TheF34RChannel
Quote:
Looks good! Like a little chocolate I want to chew

golemka
But will this support Windows 7?Quote

dwatterworth
Quote:
What about an inverse?
Pictured with what I can assume is the latest from CM!
(Recycled about 40 architectural workstations and a few servers a few days ago)Quote

NeverBackDown
So this is basically for people who want the extra security? Is there another point to these I am missing??Quote
Reply