This year marks AMD's 50th anniversary, and to celebrate this it looks like the company plans to release a lineup of AMD 50th Anniversary Edition products, which includes both CPUs and graphics cards.

For starters, we have a new version of AMD's Ryzen 7 2700X appearing at online retailers, boasting the same specifications as the processor's standard edition and the company's Wraith Prism cooler, which already shipped with retail versions of the processor.

As it stands, it is unknown what is different about AMD's 50th Anniversary Edition of the Ryzen 7 2700X, though the fact that the processor is a newer bin could give it better than average overclocking potential.

On the GPU side, we have Sapphire's RX 590 Nitro+ 50th Anniversary Edition, which ships with a golden colour scheme, which is fitting given the fact it's AMD's Golden Anniversary. At this time it is unknown if other GPU manufacturers plan to create 50th Anniversary graphics cards or it Sapphire plans to manufacture higher-end 50th Anniversary models, such as a Golden RX Vega 64.

When looking at the specifications of Sapphire's 50th Anniversary graphics card, we can see that the GPU offers the same basic cooler design as the standard RX 590 Nitro+ Special Edition, packing the same cooler design and clock speeds. 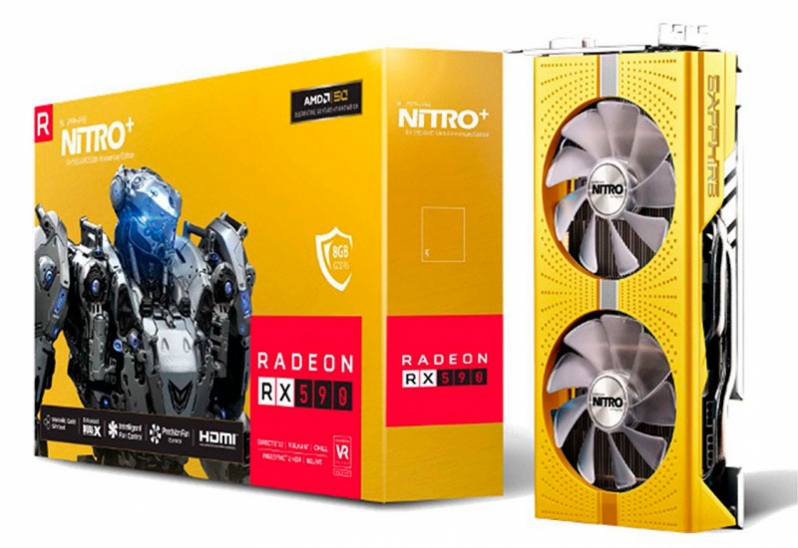 YOu can join the discussion on AMD's 50th Anniversary Edition Processors and Graphics Cards on the OC3D Forums.

Tolemac
Quote:
Sapphire won't do it I spoke directly to Sapphire ED a while ago about this.Quote
Reply