Intel's i9-9900K processor has been rumoured for quite some time, offering an 8-core answer to AMD's Ryzen series of LGA1151, matching their core count while doubling down on Intel's enhanced per-core performance and clock speed advantages in general computing tasks.

Today, thanks to @momomo_us on Twitter, we have found an Amazon listing which offers buyers Intel's upcoming flagship with a price tag of $582.50 and a new pentagonal packaging design.

If this packaging is legitimate, it appears as if Intel plans to ship with i9 series processors with premium Threadripper-like packaging, or that the company plans to release at least some of their high-end i9 processors with a stock cooling solution or some other accessories. 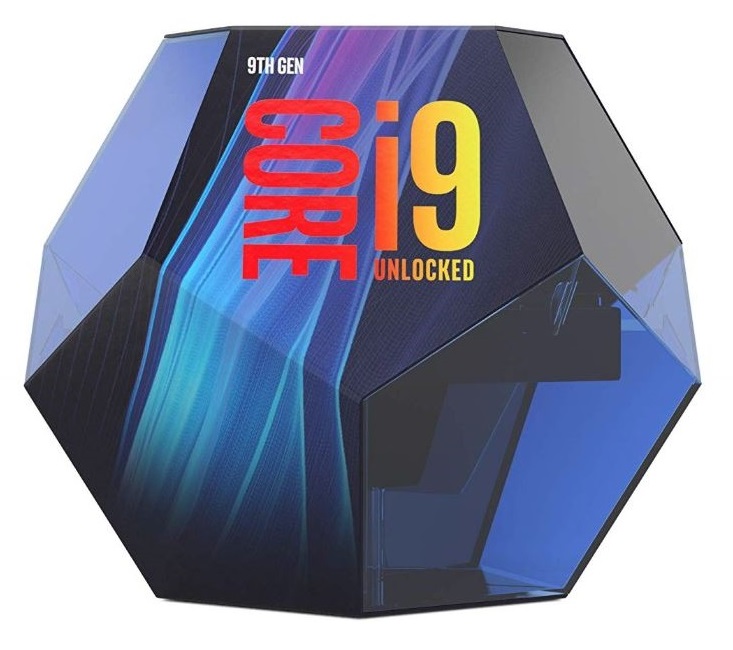 Like most pre-launch hardware listings, it is likely that the $582.50 price tag shown in the Amazon listing is not legitimate. That being said, we doubt that Intel plans to let an i9-series processor sell for a bargain price tag. I guess we will have to wait for Intel to officially reveal their i9 series processors before we can make any proper judgements.

Darkdayzzz
Oh...oh my. That is HIDEOUSLY ugly.

I get what they were going for with the box, but man that is just tacky looking especially if they are trying to "one-up" AMDs threadripper boxing (which was beautifully done).

Damien c
The box is ugly and the price WOW!

For that money I would rather go Threadripper, in my editing machine and move the Ryzen 7 to my main machine!Quote

Bartacus
WOW, this really proves that Intel have no clue what to do now that they have competition. They're peeing all over themselves like an over-excited dog, just to keep up with AMD, even in "pretty CPU box" terms now. LOL!Quote

g0ggles1994
I think my stomach just turned a little. It looks so cheap, nasty and too pompous for what it is. I know ThreadRipper's packaging is a bit extravagant but this is just over the top.

That price had me howling though, waaaay too lowQuote