Amazon is reportedly suffering from RMA fraud for Ryzen CPUs

Amazon is reportedly suffering from RMA fraud for Ryzen CPUs

RMA fraud is not a new thing, being prevalent at large retailers like Amazon for many years. RMA Fraud is when a buyer purchases a new product and then returns/RMA's it with a different product inside the same box. This is fairly common with purchases of new GPUs as well, though CPU fraud has also happened in the past.
How can a CPU be fake some of you may ask? Picture it like this, you buy a new Ferrari to drive home and open the bonnet to find that the engine underneath is from a Volkswagen Beetle. The fake AMD processors have heat spreaders which say that they are an AM4 AMD R7 1700 but in fact, the CPU underneath is of an older socket Intel LGA CPU which is not compatible with the AMD AM4 socket.
Fake AMD CPUs have been in circulation in the past, but that was back in the AM3+ FM2+ era, with the practice only taking place for a limited time. Now it seems that this has happened again, as fake Ryzen CPUs have been received by several Amazon users.
These fake Ryzen CPUs look legitimate enough to pass inspection by an untrained eye, with legitimate looking markings being printed onto an older Intel LGA CPU  (looks like LGA 775). This means that a CPU that was returned to Amazon looks legitimate to some Amazon employees, who are trained to deal with RMAs on a range of products and lack the required knowledge to spot a fake CPU.
This process allows scammers to purchase CPUs and return fakes, giving them a "free CPU" to sell on to a different user. 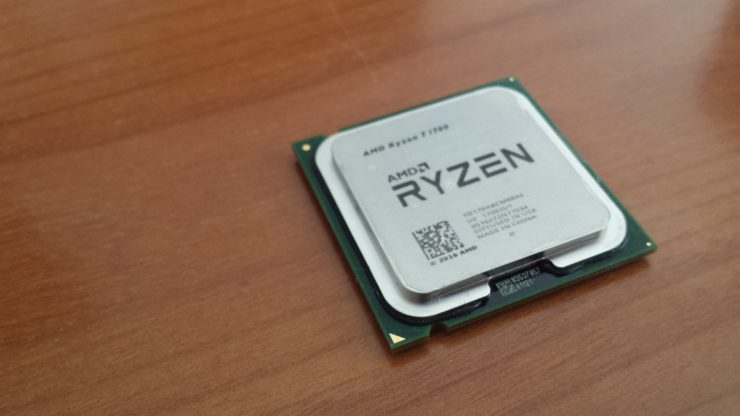 It must be remembered that this issue has nothing to do with AMD, as right now only Amazon users have been affected by this in relatively small numbers. Amazon will need to train their RMA staff to spot fake CPUs, as this has happened in the past.

You can join the discussion on these fake Ryzen CPUs on the OC3D Forums.

dwatterworth
Always figured the CPU's would at least be tested along with GPU's that were open box, at least for a power on!
I wonder if they track the serial numbers and could just pursue action against the original customer who made the fake return?

It never ceases to amaze me the lengths those will go to in order to make a dishonest buck!Quote

semitope
the real shame is allowing people to return something they bought for stupid reasons.Quote

AlienALX
Amazon need to do something. Their returns are so easy. I know people who bought top end AMD PD chips, only to receive like a Celeron or something. They really need to crack down on that.

Semitope - I agree completely. I saw this guy on another forum buy about ten monitors and send them all back. He had no intention of buying any of them. People who abuse stuff like this wreck it for the rest of us, but hey I guess that's life right?Quote

smilertoo
amazon should be monitoring returns and banning people who return too often.Quote

trawetSluaP
Quote:
Yet I tried to return a monitor in which they genuinely sent me the wrong one and had to spend three weeks trying to get my money back as they essentially said they didn't believe me. In the end I signed an affidavit and they reluctantly provided a refund.

The minority harming the majority as always. I must say though, the service is crap now, really gone down hill.