Intel has to respond to Ryzen, especially now that the company's 3rd Generation of Zen CPUs are on store shelves. AMD can offer PC builders more cores/threads for their money, and with Ryzen 3rd Gen's boosted single-threaded performance, Intel can no longer ignore their rival.

With their 10th Generation of desktop core processors, Intel is preparing to make some major changes. If today's leaks are correct, Hyperthreading is coming to Intel's quad-core Core i3 lineup, creating processors with four cores and eight threads. Yes, that's right; 2017's Core-i7 is becoming 2020's Core-i3. That's a 2x boost in core/thread count for i3, showcasing exactly how far the industry has come over the past three years. 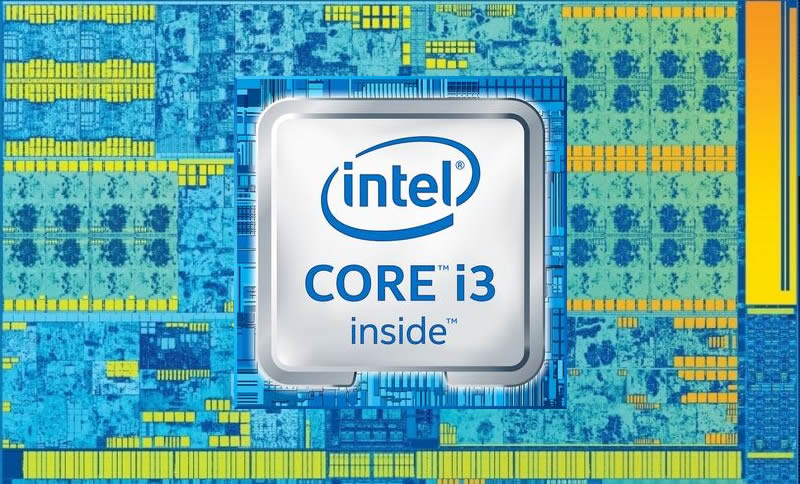 Intel's i3-10100 processor has appeared on the SiSoftware database, with TUM_APISAK being the first to find the processor online. The CPU comes with four cores, eight threads and a base clock speed of 3.6GHz. Not bad for what appears to be a low-end model.

Comet Lake is due to be Intel's next series of 14nm processors, and rumour has it that Intel's entire core lineup will feature Hyperthreading, with a 10-core i9 processor sitting at the top. This would give i5 six cores and twelve threads, i7 eight cores and sixteen threads and i9 ten cores and twenty threads. Yes, the core architecture will still be Skylake, but with Comet Lake Intel plans to push AMD's Ryzen lineup in the realms of pure PC performance. 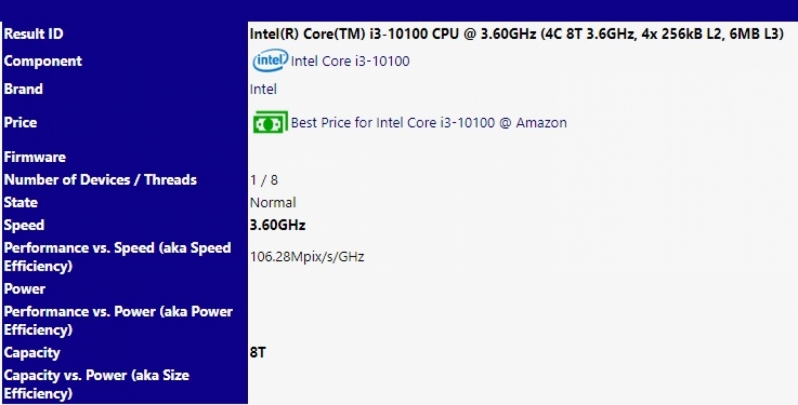 You can join the discussion on Intel's quad-core/eight-thread i3-10100 processor on the OC3D Forums.

23RO_UK
Quote:
Yeah, Intel certainly missed the boat by a few years on this one.

Would I be right in saying their product stack/s are still affected by numerous security vulnerabilities which are having to be addressed/mitigated by both firmware and software?

NeverBackDown
Yes you'd be correct. AMD still does have some insecurities.

That said most ones require physical access to the system. So not the biggest deal. Though the others shouldn't be forgotten. This security stuff only started popping up when AMD released Ryzen since more people started paying attention and wound up finding security holes in everything basically.Quote

looz
The security holes have nothing to do with AMD's Ryzen release, security has overall become a bigger concern and some researchers decided to look into branch prediction, etc.
Though Intel hasn't had a major overhaul in architecture since Nehalem (and to lesser extent, Sandy) and they've mostly just done minor optimisations, like rely heavily on making branch prediction more intelligent. So as such they got hit harder - not even Ryzen was developed late enough that they would've been aware of Spectre's school of vulnerabilities early enough to specifically design around them.
Physical access isn't relevant, ability to run your code on the machine is. This, at some point, was doable with JavaScript, until browsers mitigated against such attacks with reporting timers less accurately.
And overall the effect of these vulnerabilities on any desktop oriented task is rather minor, database operations got hit the hardest.Quote
Reply