Want a Mac-like workstation with the versatility of a normal PC?

So what if you want the look of a Mac Pro and the versatility of a home-built PC? The answer is simple, get a Dune Pro, a Mac-like case that's designed for consumer hardware.

At the time of writing the Dune Pro is not available for purchase, with pre-orders being due to start on October 21st via Kickstarter. The case is made primarily out of Aluminium and supports motherboards that are up to EATX in size, full-sized graphics cards and up to 360mm water cooling radiators. The case also supports a range of configurations that vary from HDD heavy builds to configurations with multiple graphics cards and other PCIe devices. 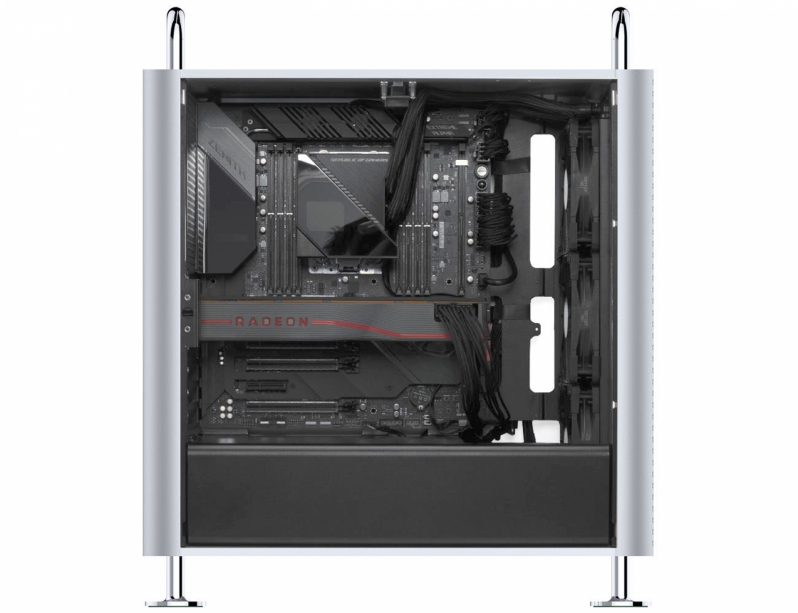 The Dune Pro is designed to look like a Mac Pro, that's the Dune's gimmick. At launch, two versions of the dune will be available, one of which features a simplified, drilled hole, front while the other offers a premium "Dice Y" cover which offers a more Mac Pro-like aesthetic and a patent-pending sound dampening technology. The case also features dua USB-C I/O ports that support USB 3.0 and USB 3.1 (10Gbps) support.

Airflow in this case uses a front-to-back configuration, where air comes from up to three 120mm fans at the front of the chassis and exits out the rear. The Dune Pro includes no fan mounts at the top of the enclosure. 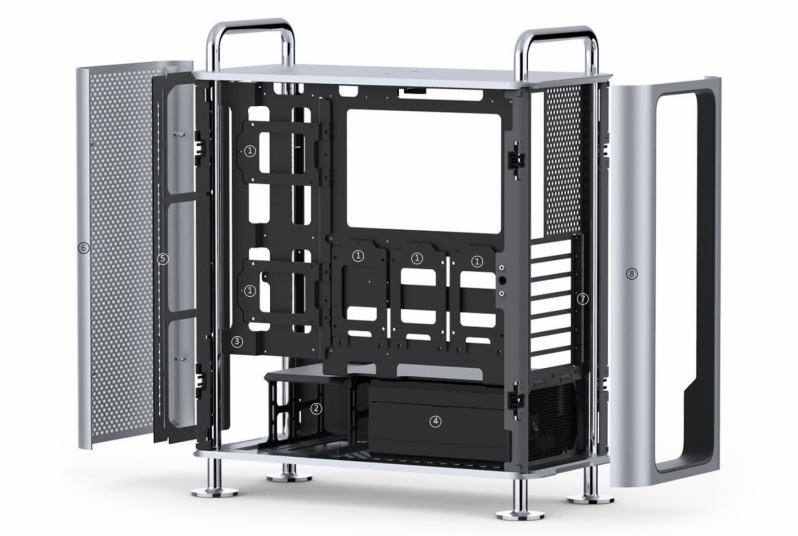 You can join the discussion on the Mac Pro-like Dune Pro PC case on the OC3D Forums.

Giggyolly
Damn, that's a cool concept. If it had a glass side panel I'd be interested.Quote

WYP
Quote:
That could become an option when this hits kickstarter.Quote

demonking
I'll be surprised if Apple don't try something to stop these from selling. Great idea but I have a feeling any kind of similarity to Apples case will be seen by them as a copyright infringement. Look at the Samsung thing, It has round edges so is copying, it has a central button like ours, its a similar shape as ours, Samsung clearly copied our iPhone design...Quote

g0ggles1994
Neat, but I think more people would want a Power Mac G5 style case than the cheese graterQuote

Warchild
Quote:
Never stopped Thermal Take from creating their own spin offs of some brands. Providing there is enough distinction and that Apple doesnt Patent everything including the grill shape or ventilation spacing etc. They could do well with this.Quote
Reply