Need some extra cooling for your Raspberry Pi? Perhaps to overclock the unit beyond its reference specs or to ensure that thermal throttling is negated. You might not need to look any further than the Blink Blink ICE Tower CPU cooler from Seeed Studio.

This cooler design is effectively the Raspberry Pi equivalent of the Cooler Master Hyper 212, albeit miniaturised. This cooler uses a single heatpipe to cool a relatively large aluminium heat stack, which is, in turn, cooled using a small 40mm fan. This cooler is designed to keep the Raspberry Pi 4's (and 3 model B/B+) main SoC cool under load. In Seeed's retail listing, this heatsink promises to lower the Raspberry Pi 4's load temperatures from 80 degrees Celcius to 40 degrees. Not bad for a sub-$20 CPU cooler.

Perhaps the only downside to this cooler is its support for "Blink fan" RGB lighting. Thar said, it is worth noting that an older, blue LED model of this cooler is also available. 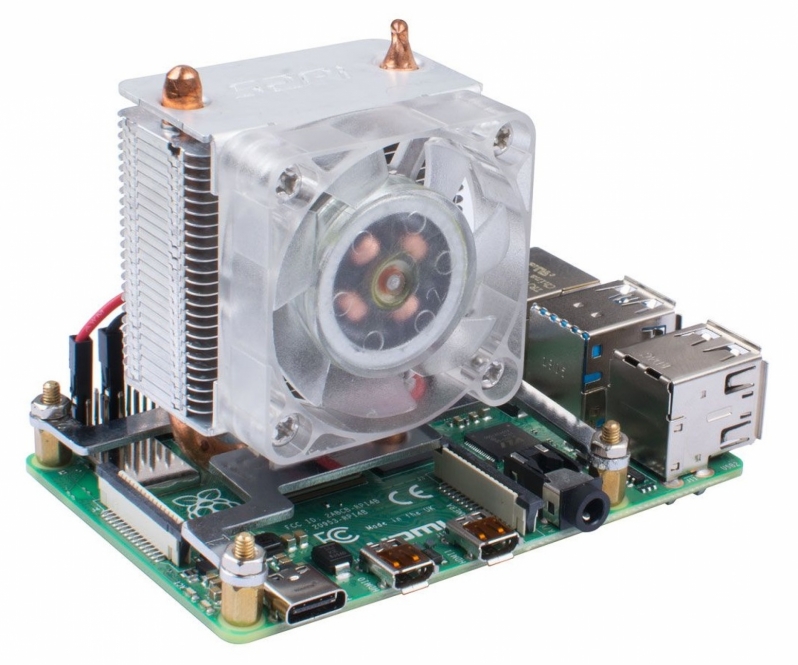 You can join the discussion on the Raspberry Pi 4's ICE Tower heatsink on the OC3D Forums.

dazbobaby
Quote:
It wont work, that noctua fan is 12v and the pi headers are 5v.

grec
Tbh I always power my Pi projects with a cheap 12V to 5V buck and you'd need a breakout for the fan header anyway, it's super useful having a 12V rail if you're attaching much else to it and all that spare power since you get an easy 6A at 5V with even a £5 buck and average 3A 12V adaptor which can go a long way beyond the usual 5V 3A USB adaptors with the 3B and 4 models.Quote

g0ggles1994
Neat idea, but couple other downsides I can think of:
Overall, I like the concept. It would be great for RetroPie setups like my Pi TV but that lack of being able to secure the Pi down normally is an instant dealbreaker for me.Quote
Reply