If you want white fans, Thermaltake has given you another premium option

Hot on the heels of their Snow White Edition TOUGHPOWER GF1 PSU reveal, Thermaltake has announced new TOUGHFAN 12 and TOUGHFAN 14 models, both of which are "White Edition" fans that feature a white and grey colour scheme.

In their Press Release, which is included below, Thermaltake claims that their TOUGHFAN 12 high Static Pressure series fans can spin at speeds of up to 2,000 RPM while maintaining low noise levels of 22.3 dB-A. However, Thermaltake's larger 140mm fans will achieve the same speeds with 33.2 dBA audio levels, making them notably louder at their highest speeds.

With Static Pressure being a major selling point of Thermaltake's TOUGHFAN 12/14 series fans, the best use cases for these fans will be for use with liquid cooling radiators and on CPU heatsinks. That said, these fans should also act as great case fans.

Thermaltake's TOUGHFAN 120/140 White Edition models are expected to be available with similar pricing to Thermaltake's other TOUGHFAN 12 series fans. This means that users will likely need to pay over £20 per fan sat retailers. While availability of these new fans officially start today, we expect to see many retailers start to sell these fans in early 2022. 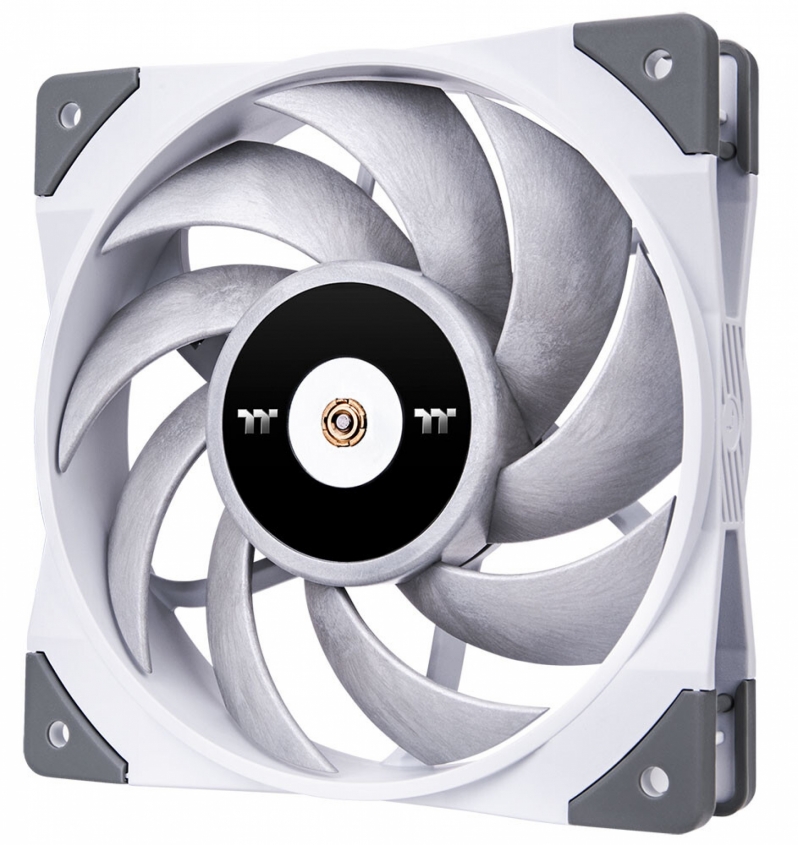 Thermaltake, the leading PC DIY premium brand for Cooling, Gaming Gear, and Enthusiast Memory solutions, unveils the new TOUGHFAN 12/14 High Static Pressure Radiator Fan White to add some flair to the original TOUGHFAN series while continuing to achieve superlative cooling results. The multicolored TOUGHFAN series become more comprehensive with a series of colors including Black, Turquoise, Racing Green and White for the TOUGHFAN 12, and Black and White for the TOUGHFAN 14.

Alike all the TOUGHFAN series products, the TOUGHFAN 12/14 High Static Pressure Radiator Fan White Edition guarantees quiet cooling performance, outstanding stability, and superior lifespan. The TOUGHFAN 12/14 White features a high static pressure fan with PWM-control, allowing the fan to perform at a maximum operating speed of up to 2000 RPM while maintaining a low audio noise level of only 22.3 dB-A. The centerpiece of the TOUGHFAN 12/14's motor hub is made of full steel and copper housing that reinforces the shaft, which can help to enhance the stability and durability as well as lower noise level while the fan is operating. The anti-vibration rubber pads attached to the corners also helps dampen the vibration and protect the fan as well as the case. Besides, an optimized second-generation hydraulic bearing in a unique structure design allows lubricant to concentrate in lubricating the critical areas, better reducing friction and further extending the fan's lifespan. 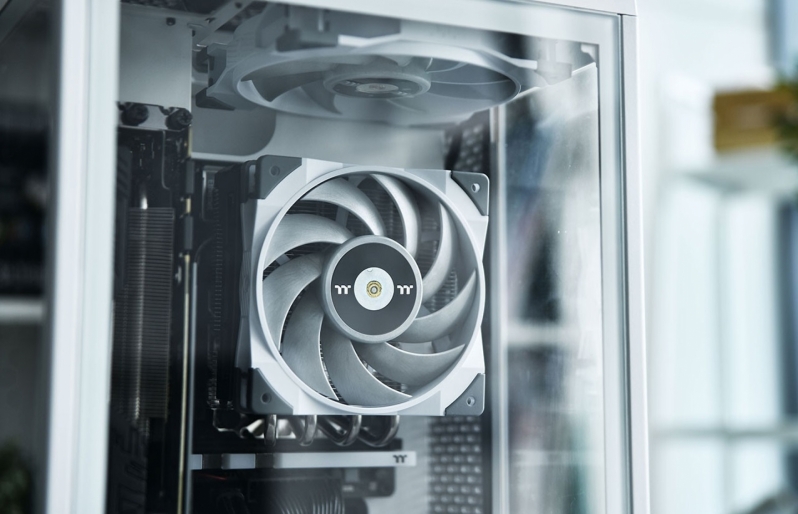 The fascinating appearance of TOUGHFAN 12/14 White is a highlight which cannot be neglected. Installing the white-color fans is like putting the finishing touches on your PC builds. The fan blade is made from liquid crystal polymer (LCP) compounds that are very tensile in strength; their low thermal expansion coefficient can reduce the fan's vibration under full-speed load. The fan blades of White Edition are in the color of light gray with a pearl reflection, being elegant and extremely stunning for an all-white build.

The TOUGHFAN 12/14 High Static Pressure Radiator Fan White is available for purchase now. PC enthusiasts who are looking for both functional and beautiful fans for your PC, or those who are keen to build an all-white setup, don't miss out!

You can join the discussion on Thermaltake's White Edition TOUGHFAN 120mm and 140mm fans on the OC3D Forums.

Avet
If Noctua won't release white NF-A12x25 Thermaltake will release it for them. That company has no shame at all.Quote

looz
Quote:
You miss all the shots you don't Thermaltake.Quote

Dicehunter
Quote:
In all fairness, Scythe with their Gentle Typhoon had this type of fan out long before Noctua, Not in white though

Greenback
Quote:
I have 9 AP15's put away in my spares cupboardQuote

NeverBackDown
Quote:
They aren't even nearly comparable. GTs are far outclassed in this comparison. I replaced 6 of them for the noctuas...Quote
Reply