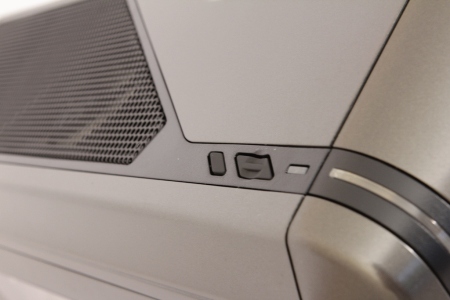 The eagle eyed among you may have noticed a shift at OC3D towers over the last few months, that shift is because we are going back to our roots, going back to what got us all interested in hardware, benchmarking and modding in the first place. You may have noticed modding guides and more hardware based quick looks popping up on the front page but we are also going to be be doing more review builds and projects as well. We kicked off with the CKC build as a review project but this is something a little different. This is a build that will become my own personal system.

Having reviewed the "Gunmetal" Special edition of the NZXT Phantom 410 back in April, we have to say we were very impressed with it. This started the creative juices flowing to see what could be done with it with regards water cooling and changing a few of the features to better suit our tastes.

As the case is very subtle in it's appearance we are not planning any massive colour changes mainly due to the fact this would be very time consuming and expensive and detract from the whole point of this case in the first place. We have decided to use the Gunmetal of the case and the flat matte black of the XSPC radiators as the basis for the theme of this build, this was all decided before we start cutting planning or to be honest before most of the hardware had even arrived. A great build always starts with great plans, sure its fine for a system to evolve but its far to easy to see when a build has had to adapt because of bad planning, we want this to look clean and purposeful, nothing too in your face and everything gel together nicely.

Having established the case being used lets take a look at the other kit that's going to be going into the build.

Now that we've had an overview of the set up lets take a closer look at the individual components. 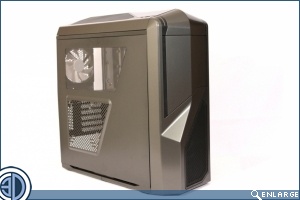 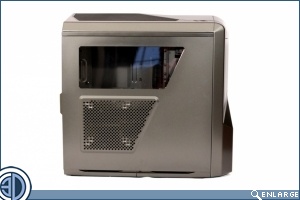 We are going Sandy Bridge with the firm favourite and now almost legendary 2500K. Recently we have got the chip to 4.6GHz on a relatively basic air cooler so we are hoping that getting it wet might enable us to tease a bit more out of it. Motherboard of choice this time around was the MSI Z77A-GD55, which has already established a solid reputation, and does have to take some of the credit for the 4.6GHz overclock.  It's able to support both sandy and Ivy Bridge, so offers upgrade opportunities in the future. 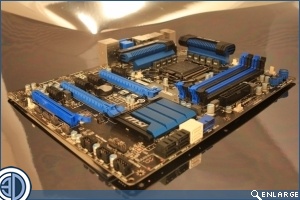 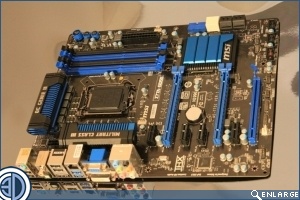 Graphical grunt will be provided by the NVidia GTX570.  A cracking little power house of a GPU, and well able to cope with anything we might be going to throw at it. This card was the basis of many an OC3D review, it was looking forward to a quiet retirement rocking slowly on a sunny porch somewhere in the country, but due to the government increasing the retirement age the card has had to keep keep working to pay the bills and will probably end up seeing out the last of its day in this system! 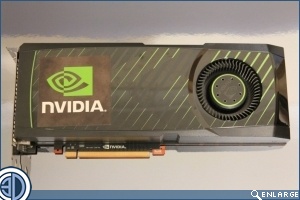 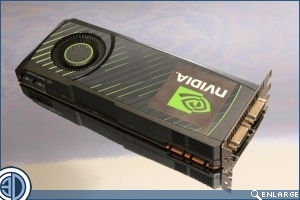 With the price of SSDs dropping it's a no brainer to add in a sliver of black magic to look after the OS and those all important applications. SanDisk were the company that recently drove the price of 120GB SSD's down to £84.99! With insane read and write speeds plus some very stable firmware when compared to other Sandforce based drives we were happy to use this as a part of the project. 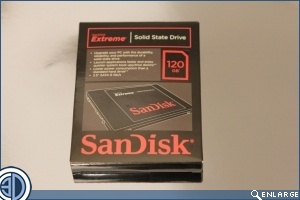 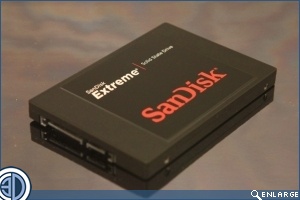 Another "Black" product, this time, the Mushkin Blackine RAM in the form of a 4x4GB kit, sure this might be a dual channel board but it means we can fill all of the slots. Its natively an 1866MHz kit but we will be hoping that we can push these up to the next memory divider of 2133 *fingers crossed*. 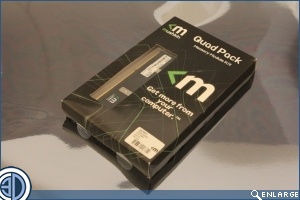 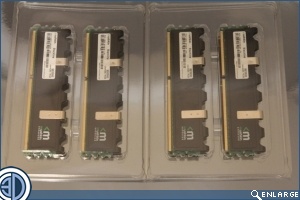 Cooling wise as the name of the project suggests we will be using XSPC parts. We have chosen two of the relatively new EX240 radiators, these are just 30mm thick but promise to deliver the performance of a 60mm thick radiator whilst still being able to be used with low speed fans, this claim is something we plan on looking at in a future review here at OC3D. The rest of the parts are the famed Raystorm CPU block, the legendary X20 750 Reservoir and a Razor GPU block.

2 of the new EX240 rads.  A slim line radiator with promise of impressive cooling performance. 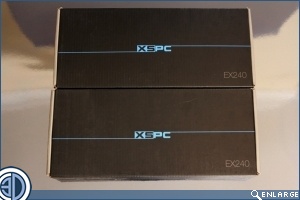 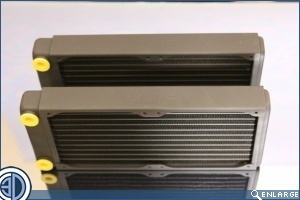 The XSPC X20 750 a twin bay reservoir which we have used many times before and have been very impressed with.  Fitted with an integral pump, the X20 is able to shift 750 litres per hour which is plenty for my needs.  The X20 actually comes with a black and a silver face plate, both of which are very nice, that said, we have a sneaking suspicion that they might not be that colour by the time we are finished. 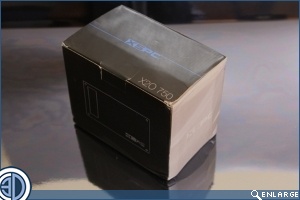 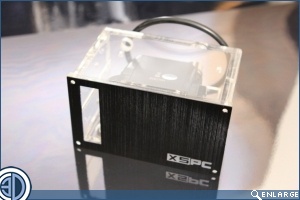 There is no getting away from the fact the Raystorm is a very sexy CPU block, the fact its one of the best performing blocks on the planet just makes our choice even better! 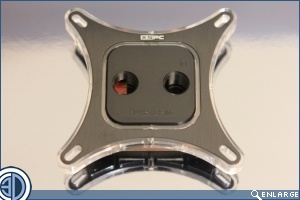 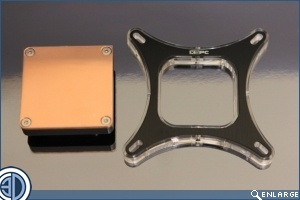 The GTX570 is a very quiet air cooled card even in its standard OEM cooled clothing, but we thought it would be nice to show that with carefully chosen parts you can easily water cool your CPU and GPU both in a tidy fashion but also quietly with a bit of planning. 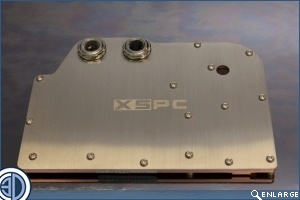 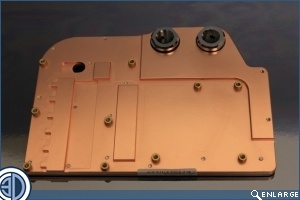 And last but not least the Scyhte Gentle Typhoon 1850 RPM.  These are a firm favourite of ours not the pretiest fan in the world it has to be said, but nothing that a bit of time and effort can't sort. 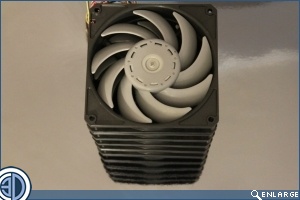 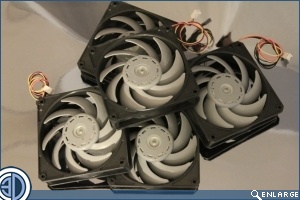 Power for this rig will be coming from another excellent NZXT product, the HALE82.  With 850 Watts on tap it has more than enough muscle to for the needs of this rig.  The HALE82 is a semi modular design, with the main 24pin, 8pinCPU and 2x6+2 pin PCI power cables already attached.  Don't go thinking that's where it ends though, with a holw bag full (literally) of additional cables to choose from the needs of even the biggest of systems should be catered for. 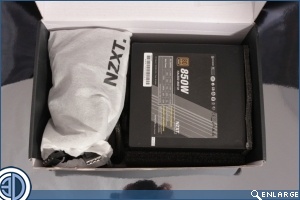 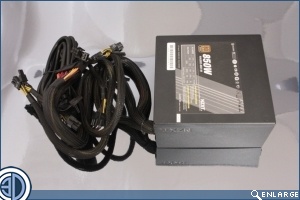 We're not averse to a bit of cable braiding here at OC3D towers, in fact we find it quite theraputic after a hard days reviewing.  But with such cracking kits as the NZXT premium cables starter kit available its hard to justify those bleeding fingers with no good reason. 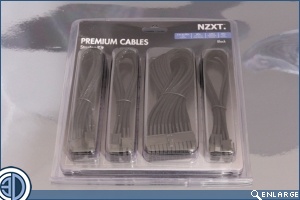 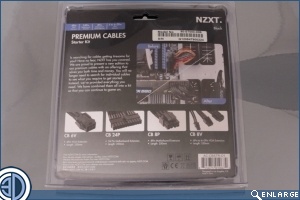 Having seen what we have as the basis for the mod its time to share some of the plans for it all.  If you've read the review of the Phantom 410 you'll already know that it has native support for a single 240 Radiator in the roof of the case.  By now you've also probably noticed that we have two 240 Rads in the kit list.  The plan of course is to mod the case so as to allow the accomodation of this second 240 rad.  I had hoped that it would be a simple case of removing the Storage bays, but on closer inspection it appears it might require a little bit more than that. We want to keep this looking very understated and clean, almost like the cases was designed this way.

In addition to the work done on the cooling side we are also going to be altering the side of the case.  Not that there's anything actually wrong with the side panel, it's just that we have never been a big fans of vents in the side, or worse still vented windows.  Knowing that a lot of people share a distast for vented windows NZXT have opted to offer a split level solution, with both a window and a vented section.  I'm afraid it's not for us so it'll have to go.

There will of course be a few little other mods along the way so you'll have to keep your eyes peeled to the front page for updates! We will be posting a full build log in the OC3D forums but you can always take a look around at the members current project logs and rig galleries if you are looking for inspiration but if you would like to show of your own system or build plans then be sure to start you own thread. You can find the full build log for NZXSPC here.

SEBAR
This will be awsome. Can't wait to see this finished.Quote

seumasbeathan
Looking forward to this

What power supply are you going to be using?Quote

WillSK
Really looking forward to seeing this build! It'll be nice to see something done that is not crazily out of the reach of most people's budget when building an enthusiast PCQuote

fredtrix
I hope the radiators actually are that good, would save a lot of space if that was the case.Quote
Reply