Silverstone's Raven RVZ03 will release later this month in the EU

Silverstone's Raven RVZ03 will release later this month in the EU

Silverstone has announced that their new Raven RVZ03 chassis will finally be coming to the EU, delivering a new MITX HTPC offering to those who wish to create a PC that can offer premium performance in a compact form factor.
This new chassis will be able to fit an ITX motherboard and a full-sized GPU (up to 13-inches long) while also being large enough to fit full sized ATX PSU designs. This chassis will also support up to four 2.5-inch drive bays, though some of these slots may be inaccessible if a large PSU is used. 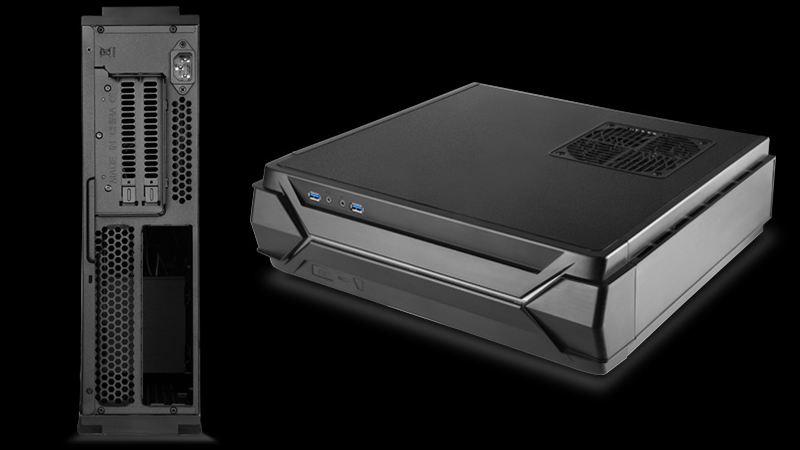 Power supplies that are over 150mm long are not compatible with this case. This chassis will also support front RGB illumination through its included 5050 RGB LED strip, which can be controlled using buttons on the chassis or directly from the user's motherboard.

This chassis will include two front USB 3.0 ports as well as standard audio in and out ports. CPU coolers in this system must be under 83mm in height given the special restrictions of this chassis. Silverstone also recommends that US (110V outlet) users do not use power supplies that can supply over 800W, though users in the EU (with 220V power outlets) have no such restrictions. This restriction is due to this cases use of an internal power chord extension. 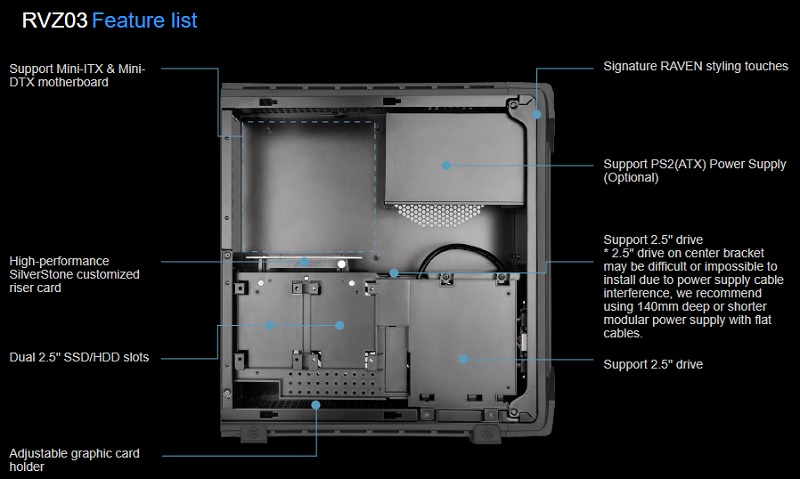 This chassis will release in the EU on July 28th. Sadly Silverstone has not revealed this case's retail pricing.

You can join the discussion on Silverstone's RVZ03 ITX Chassis on the OC3D Forums.