Silverstone's Raven series of cases has always been among my favourites, using a non-traditional, almost unique, top-oriented design that can't help but display your hardware in a way in which many other cases simply cannot.

This new case is the Silversotne RVX01 and it will be releasing next month, but the guys over at TechPowerUp were given the opportunity to have a sneak peak at the design before this cases official announcement. As you can see it uses the same right angles design as it's predecessors, offering enough space for large GPUs, PSU and almost any CPU cooler you can imagine. 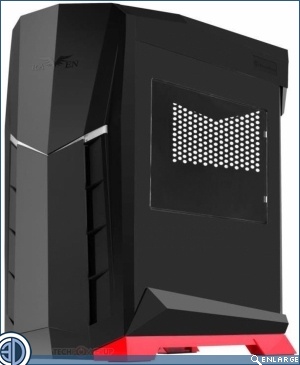 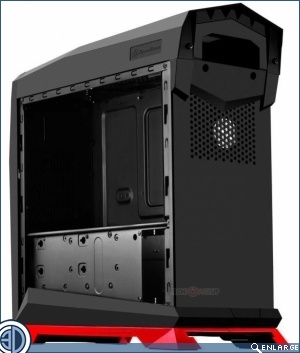 This case is designed to come at a more affordable price than other Raven Series cases, coming in at around $80.

One change which many modern PC users will love is the lack of a external 5.25" drive bay, suiting the many PC builders who no longer use optical bays. Inside there are 4 internal 3.5"/ 2.5" drive bays, which gives users plenty of space for storage. The case of the case can hold 3x120mm fans and is suitable for a 360mm water cooling radiator, at the base there is also a large removable dist filter, which will help reduce the buildup of dust inside your PC.

At the front there is a single 120mm intabe and at the top there is a 120mm exhaust. 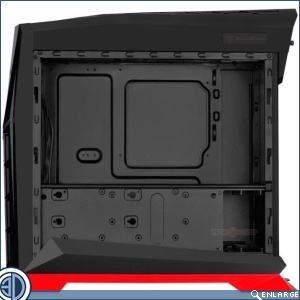 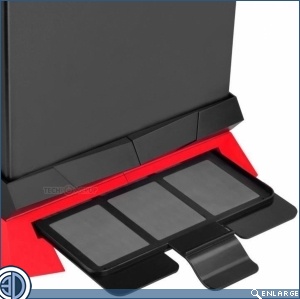 With a more modest price and a lot of space to work with Silverstone expects this case to be a great competitor in the case market. Let's hope the EU/UK pricing of this case is not overly expensive.

You can join the discussion on Silverstone's RVX01 Chassis on the OC3D Forums.

Feronix
Whyyyyy, whyyyy the red feet? At what point in the developing process did they decide that red feet make this case go faster?

I am legitimately getting sick of that habit of slapping red on all black PC components 'cause it looks cool'.Quote

xnax2802
Quote:
internetz for that reference

And yes... WHY did they put red feet on it? It seems like they forgot what a raven looks likeQuote

AlienALX
Quote:
I had one of the last ones in black and it was far too plain for something so curvy/stealthy.

Mind you saying that it actually looked like it was made out of raw plastic too and unfinished.

With a paint job (even in flat black) it would have looked miles better. Not one of the better cases I've ever had but if you could get it all in there it did look OK I guess and the cooling was top notch.Quote

Doomslayer
I wonder what Sliver or Purple feet would have looked like.Quote

AlienALX
Quote:
Would be nice if they were fully removable so you could paint them yourself.

It's like I said though, they're probably just desperately trying to make it look less plain. The plastic they use is the cheap shiny stuff.

I'd love to see this thing completely covered in that soft touch stuff. Then you'd be cooking.Quote
Reply