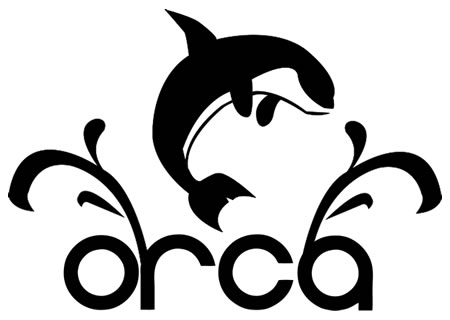 Ok so here at OC3D we always try to write our articles as us or we never me or I. But for once I do have to write this as me... TTL, why I hear you ask? Well because the roots of "Orca" are very deep rooted and personal to me.

My late mother was very much into whales and the conservation of them as much as we are all passionate about our PC's, my career as a modder and reviewer all spawned after her passing. TTL or the company Time To Live were my ways of openly dealing with the huge gap she left in my life but also knowing I had to continue so "Time To Live" seemed quite fitting and obviously fit perfectly with my tinytomlogan internet persona.

Now Ive not actually built myself a custom rig since the orignal Heaven & Hell project, there have been many systems but nothing really up to the old standards. So it felt fitting with this being the 5th year since muvva's passing that I finally build a rig and dedicate it at least in some part to her and name it in her memory.

Orca's are what most of you will call Killer Whales, and are black and white so that is my plan for the styling of the system. There will be small splashes of colour on the motherboard. Parts have been gathered from all over the world but lets take a look at the basics at the start of the project.

This choice actually created a lot of waves online because I decided not to use the Switch 810. Now don't get me wrong the NZXT is an awesome case but it would have just been too easy (for me) in that I mean I could pretty much just fit everything. I needed something I could customise and make my own, the Trooper I loved from the moment I saw it and the more I spent time with it the more I realised I could do with it, so when the Stryker was released in gloss white for me it was a no brainer. A great looking great performing case I could customise to fit my own needs..... Perfect.

A firm favourite with both me and the rest of the OC3D team, still the best 2011 board available at the minute and one of the main reasons it will be going in the rig. The other reason being recently I built the CKC rig and the board was still sat with the Koolance blocks fitted. These are easily the best looking R4E blocks about so it seemed silly to look for anything else.

With the main use for my rig being like a work station a big strong beating heart would keep my video render times down and also keep the rig nice and swift with all my other applications too. The CPU does 4.6 on air so I'm hoping to push for 4.8 if I can while staying safe on water.

Now again these were still here from CKC with the blocks fitted. Now I'm no gamer so don't need crossfire at all and for some Vegas acceleration even a single 7970 is overkill so one GPU may end up being disabled! #firstworldproblems 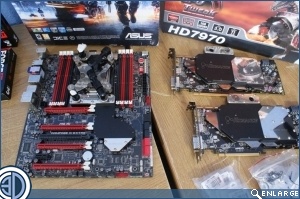 These drives have been here for some time, mainly because of waiting for other parts but all the same they have found there way into a few reviews because of it. Around 900GB of raid0 SSD speed should keep me happy for some time and also mean I don't have to move videos off to the server too often but at the same time keep the whole system lightning quick!

So I've got a pair of 16GB kits of the uber sexy Dom Plats (as I like to call them) I chose the 2133 speed because that's the max my 2011 CPU's will do so any faster would have been a waste. Ill need to get the case lighting right to not drown these out though so we may have some tweaks to be made as things go together. 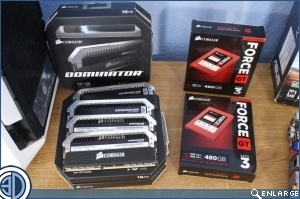 The PSU here may seem a little on the small side but f I do indeed disable the 2nd GPU its perfect. The cables are the very first BitFenix Alchemy cables that you ~may see getting released very soon. As it stands at the time of writing the only sets out side of BitFenix HQ are sat safe at TTL Towers! I do love a bit of exclusiveness! 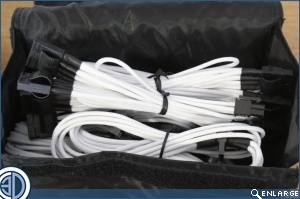 All the radiators used will be Alphacool All Copper's but until we can do a mock assembly we cant 100% say on what thickness or size we will be using. Thankfully we have most of them on hand to be able to choose the best combination from. 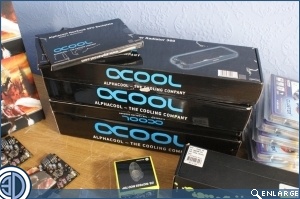 These fittings are the reason I stalled the project for so long, and even after months of waiting for them to pass quality and be released I would still say it was more than worth it. They really do look the dogs danglies and will suit the project theme perfectly! 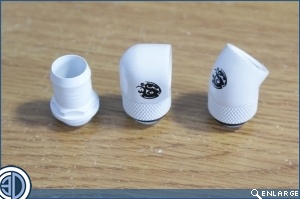 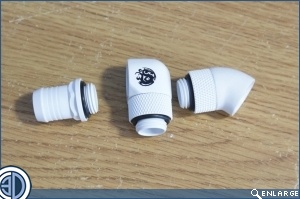 At this point I still want to use the white Enermax fans so that they double up as case lighting. I am still very cautious about thse though because I know I will need to slow the fan speed down and I'm worried about cabling it all. If it looks too messy I may end up using Corsair SP120 QE's and just run some NZXT Braided LED's around the case instead. Time will tell.


So we have the hardware all sorted and you have a basic idea why this project has taken so long to get where we are. In the next update we will cover the planned mods and maybe even the dummy build in the black trooper. I want to test things in there first so I don't batter the Stryker too much before I start the main mods and build process. The video below will explain things in more depth and give you a little more insight into what's going round in my tiny mind, but for now I will leave this here and look forward to your feedback in the build log for Orca in the OC3D Forums.

MadMarc
Really looking forward to seeing the complete build! I wish I had problems like you and needing to disable one 7970

robbiess
cheeky bugger disabling a graphics card blaspheme! who would do such a thingQuote

litchu
always thought people here didnt recommend raid-0? though i think this will be a nice rigQuote

SEBAR
I am looking forward to seeing this project. I love your ideas for this build and am eagerly waiting the next update. Quote