Only 500 of these cases will be manufactured

NZXT has partnered with Ubisoft to create a custom version of their H510 PC enclosure, offering system builders the chance to theme their system to match their favourite FPS.

Meet the NZXT Siege H510 CRFT 06, a limited edition enclosure which will be limited to a production run of 500, each of which will feature an illuminated Rainbow Six logo, decorated side panels and a special-edition NZXT Puck and six logo charms.

Otherwise, this chassis will be identical to NZXT's standard H510 chassis, which we reviewed back in 2019. NZXT's H510 chassis is a full-sized ATX enclosure with support for GPUs that are up to 368.5mm long and CPU coolers that are up to 165mm tall. One of the killer features of this case is NZXT's advanced cable routing system, a factor which makes building a tidy-looking PC a breeze. 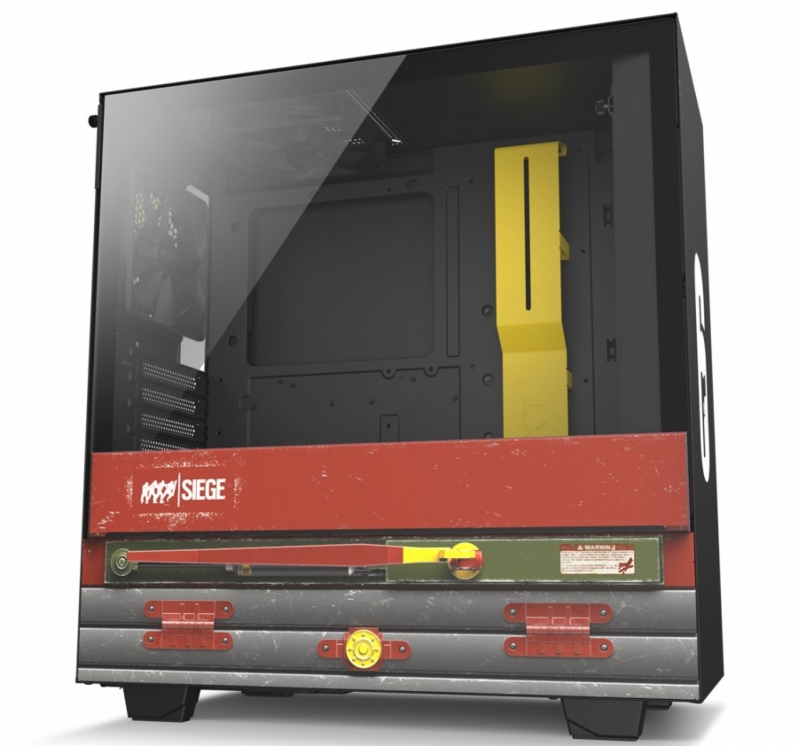 Through NZXT, this custom enclosure will cost $249.99, which is over three times more expensive than NZXT's standard H510 chassis, which costs $69.99 in the US.

You can join the discussion on NZXT's H550 Siege CRFT 06 on the OC3D Forums.

Deadtroopers
One or three up on the exeptionally poor aesthetics of the original.