NZXT's H500 is back with an 'exclusive Overwatch black, white, and orange colour combination'

Blizzard Entertainment and NZXT have teamed up to create an Overwatch themed version of the popular H500 chassis, allowing Overwatch players to express their fandom by given their system several themed tweaks which include a unique colour scheme, an illuminated game logo on the front of the chassis and an enclosure with Blizzard's official seal of approval.

If you have seen our review for NZXT's H500 chassis (H500i/H500 Review can be read here), you will know that we like the enclosure, offering a compelling mid-tower layout and user-friendly features to provide purchasers with a great system building experience. The only major add-on with this Overwatch Edition, aside from the case's Overwatch Logos and unique colour scheme, is the addition of a custom Overwatch light/logo at the front of the enclosure, which alongside Blizzard's cut will give this version of the H500 a hefty price premium.

NZXT currently lists their Overwatch Edition H500 with a $169.99 price tag, a huge increase over the company's standard $94.99 H500. Below is a statement from NZXT's CEO, Johnny Hou.

As a company of passionate gamers, we admire the enthusiasm and dedication shown by the Overwatch community, and we know Blizzard aims to deliver legendary products and experiences to its players,
That's why we teamed up with Blizzard on this epic H500 PC chassis. Whether you are a Mercy, D.Va, or Genji main, the H500 Overwatch is made for any hero who wants to answer the call. 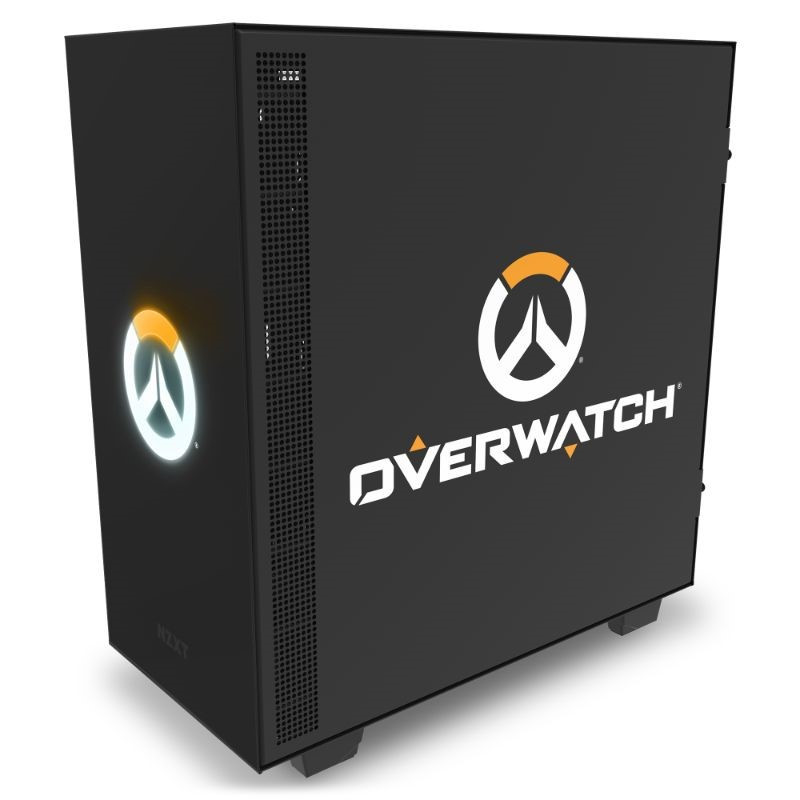 You can join the discussion on NZXT's new H500 Overwatch Special Edition enclosure on the OC3D Forums.