Update - A more up to date article on this subject is available here. It details NZXT's response to their H1's safety issue and how users of the case can contact the company.

NZXT has ceased selling its H1 PC cases worldwide over safety concerns. When announcing this on Reddit, NZXT did not report what the safety issue was, only that the issue only impacts "a small percentage of cases" and that the company are "developing a simple-to-use repair kit" for their H1 enclosures.

At a now-removed post from Central Computers, as archived by Reddit user SligerCases, an NZXT representative confirmed that the company had to "halt sales due to the fact that a top screw has caused 1 case screw on the case to spark and possibly catch fire." At this time it is unknown if any H1 enclosed PCs have actually caught fire over this reported issue.

NZXT reportedly has a "fix" for the issue, and the company are preparing a tutorial which will show users how to address the issue. NZXT has already halted the sale of new H1 series cases and has quarantined all channel inventories. NZXT's H1 enclosure will return to sale after they are repaired, with the only modification being the switching out of a single screw.

NZXT has created a dedicated email for H1 related enquiries ([email protected]), which will allow users of the H1 chassis to receive more detailed information about the H1's safety concerns and what end users can do about it. Right now, NZXT has not officially stated what the H1's safety issue is publically. Is it ever ok for a company to tell you that a product has a "safety issue" and then fail to disclose the safety issue properly? 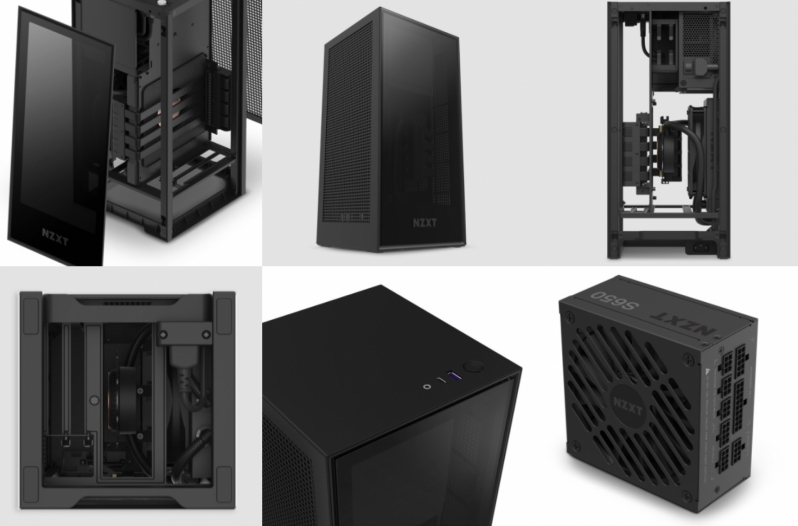 You can join the discussion on NZXT halting the sale of H1 series cases over safety concerns on the OC3D Forums.

AngryGoldfish
That's a big deal for NZXT, no? They've probably sold a lot of those cases, and they have a lot of parts.Quote

AlienALX
Quote:
That case came out very quickly. Like, the Xbox 1x was pictured one week and they had it out the next.

The issue seems to be the riser, and possibly a screw that goes into the case shorting it out. Details are scant, as they are obviously trying very hard to hide it right now.

I must say of all of the risers I have ever used they never seem to have anything anywhere near to the underside. Phantek's ones have a plastic shield under them too, and are encased in rubber.Quote

EV_Simon
Here's my experience with the H1 and NZXT Support.

Not overly impressed with either, luckily the other components all survived, the case wasn't so lucky.


Quote:
Indeed, that pic was mine (posted on reddit at https://www.reddit.com/r/NZXT/commen...having_flames/)Quote
Reply