Noctua has confirmed that none of their existing coolers will support AMD's new TR4/SP3 Threadripper/EPYC CPU platforms, stating that they will not be creating any mounting upgrades kits for the new platform.

This lack of upgrade options is due to the sheer size of AMD's new EPYC/Threadripper CPUs, as standard Noctua heatsinks will only cover around 50% of the IHS of AMD's latest CPU platforms. This means that even with a mounting kit upgrade, almost all of Noctua's existing coolers will simply be unable to offer sufficient cooling performance.
To support Threadripper and EPYC, Noctua will be creating CPU coolers with custom contact surfaces will be released, which will be tailor made for AMD's new CPU platforms to provide great cooling performance. These new coolers will have much larger contact surfaces and custom TR4/SP3 ready CPU mounts.

Can I upgrade my existing Noctua cooler to socket TR4 or SP3?

Unfortunately, it is not possible to upgrade existing Noctua heatsinks to support the AMD TR4 and SP3 sockets for Ryzen Threadripper (X399) and Epyc CPUs. TR4/SP3 CPUs have much bigger heatspreaders (as compared to e.g. LGA2066 or AM4 processors) and the contact surfaces of standard Noctua heatsinks would cover only about half of these heatspreaders, which would result in insufficient cooling performance. For this reason, Noctua will soon introduce new cooler models that feature bigger contact surfaces that have been tailored to fit TR4/SP3 CPUs. Please choose these models for AMD Ryzen Threadripper and Epyc systems. 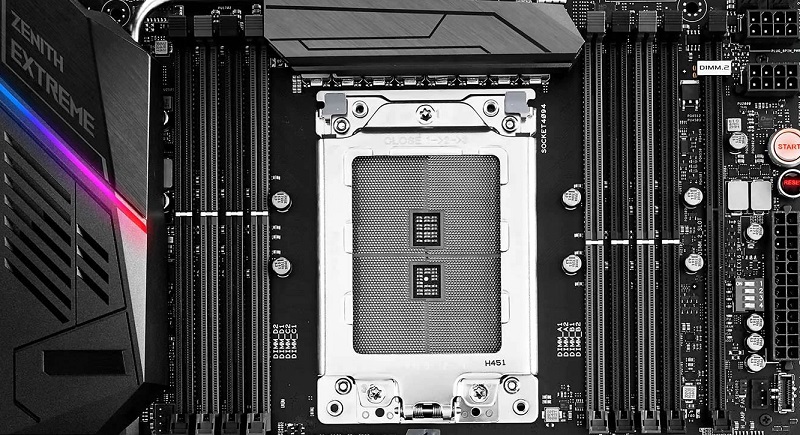 At this time it is unknown when Noctua will be releasing these new CPU coolers onto the consumer market, or how they will be priced when compared to their standard counterparts.

You can join the discussion on Noctua's support for AMD's Threadripper and EPYC CPU platforms on the OC3D Forums.

Gothmoth
i have no problems with that decision.

i am a big fan of the NH-D15 and i think to get the best performing aircooler for TR you will need a new design.Quote

NeverBackDown
Seems odd. I think the D15 would be able to handle it.Quote

Wraith
Quote:
I don't know fella, there is one hell of a surface area for the block to coverQuote

Bartacus
Quote:
Not to mention the core count. That's a lot of heat generating cores packed into that big turtle shell.Quote

Dicehunter
AMD should have just put 2 x 1800X dies on the same PCB instead of recycling failed Epyc units that have 2 disabled dies on the PCB, Would have made the total package 50% smaller.Quote
Reply