Noctua hare undeniably one of the biggest names in the fan business, an icon within the PC building market for creating dual-tower CPU coolers like the NH-D14 and using their divisive brown and beige colour scheme.

While Noctua may not offer mainstream features like RGB lighting or other flashy features, the company is well known for getting things right where it matters by building some of the best performing fans in the market.

Over the past few days, Noctua has started to tease something new; a next-generation fan design called the NF-A12x25 PWM, a premium fan offering which has allegedly been "four years" in the making. Even aspects of Noctua's material choices have changed, investing in a new liquid crystal polymer for their fan frames alongside a grippy surface texture.

On the box, Noctua states that these fans are designed to offer "unprecedented quiet cooling performance" and an "ultra-tight tip clearance" ensuring high levels of static pressure as a standard case fan or as a pressure-oriented heatsink or radiator fan. Noctua also backs up these fans with a 6-year warranty. 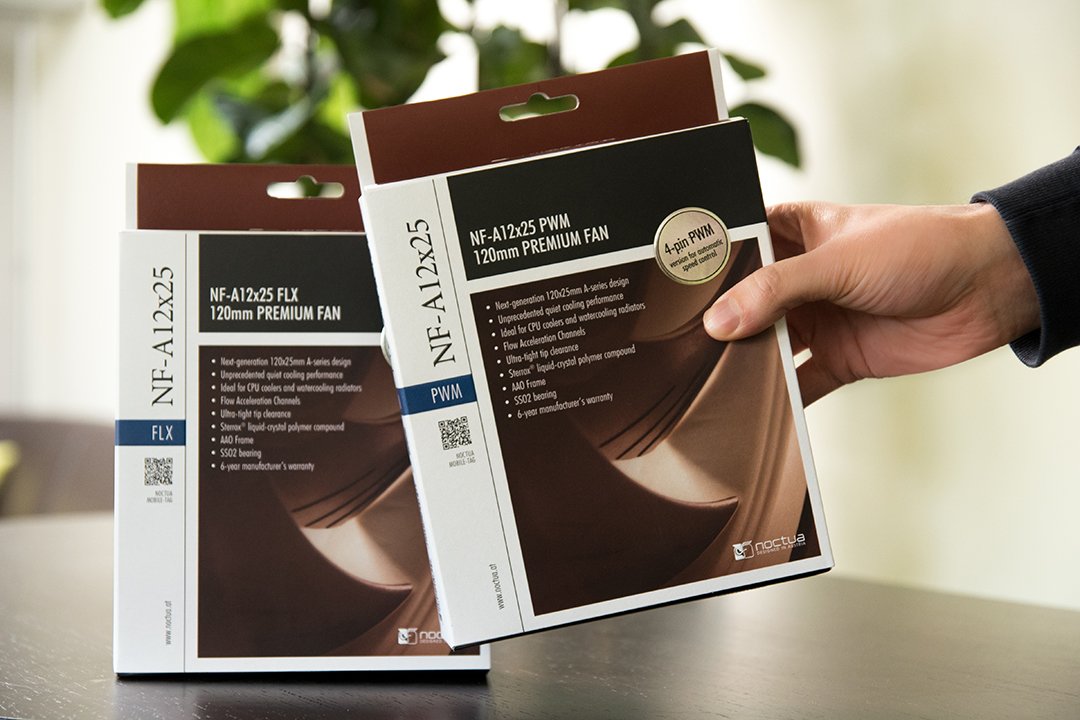 Noctua says to expect more information about these new fans in "a few weeks", though we can't help but be reminded of the company's "Active Noise Cancellation Technology", which was first shown at Computex 2015.

You can join the discussion on Noctua's upcoming NF-A12x25 series of PWM fans on the OC3D Forums.

NeverBackDown
There fans are already "premium" priced so these will be insane.Quote

WYP
Quote:
I think most of Noctua's fans say premium on the box.

I hope that Noctua has finally sorted out their Active Noise Cancellation tech. That tech lines up perfectly with Noctua's "4 years in the making" stuff.

RobM
I priced and the colour of lolQuote

In slightly different colours to the old ones, just to upset you a little more

Yttersta
After all the recent releases, say the past year or so, I was rather worried they were slowly abandoning their traditional colour scheme.

I am glad it is not so, as I love how distinguished and unique they look.

Looking forward to these and I also hope they do the 2000 and 3000 RPM versions of these too.Quote
Reply