Love it or hate it, Noctua has long been famous for their brown/beige colour scheme. The brand itself is well known for its sometimes offensive colour scheme and in a way colour has helped the brand to become the icon that it is today.

It is well known that a large number of PC builders actively hate Noctua's standard colour scheme, so much so that there has been a call for the company to abandon it for at least a decade. This divide is why Noctua has created their Redux and Chromax series' in recent years, though now the company wants to take things one step further.

At their Computex booth, Noctua has showcased their new Chromax line of CPU coolers, revealing all-black versions of their popular NH-D15, NG-U12S and NH-L9i heatsinks, offering a stealthy aesthetic that runs as a stark contrast to most of today RGB heavy cooler offerings. 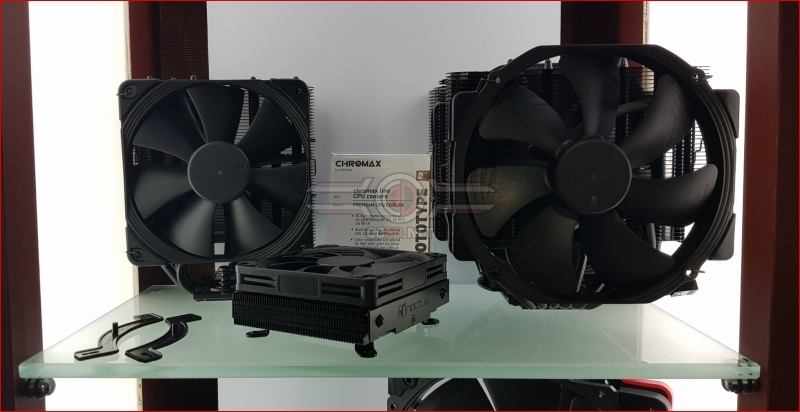 All of these modes ship with an all-black aesthetic, though they do come with swappable red, white, blue, green, yellow anti-vibrations pads for users that don't want to go all-black.

Both Noctua's Chromax series fans and coolers will ship with coloured anti-vibration pads and cables, allowing users to add some subtle colour or keep their fans devoid of it. 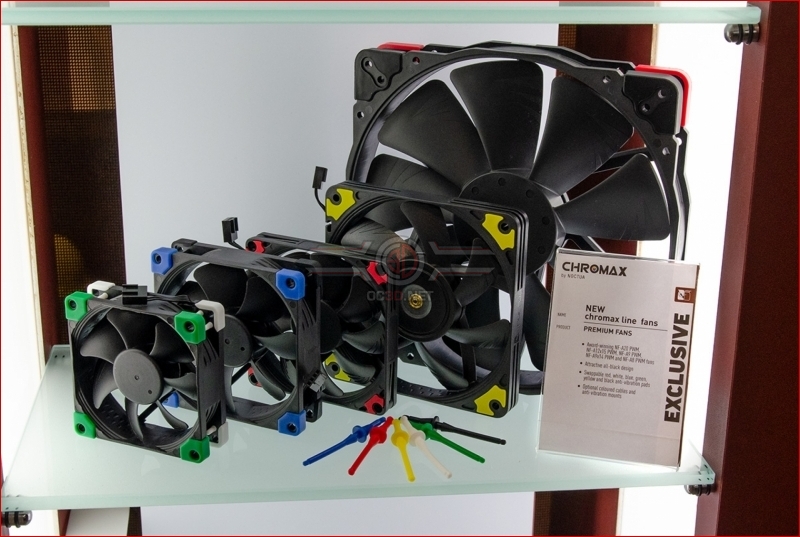 With an endless influx of RGB products, it is refreshing to see a brand that is devoid of it, offering users simple colour options while also allowing all-black "stealth" builds to exist in the modern era. It is strange to think that being non-RGB is a way to be unique these days, though that seems to be where we are headed as an industry.

You can join the discussion on Noctua's new all-black Chromax series of fans and CPU coolers on the OC3D Forums.

Gothmoth
all this RGB stuff is wasted on me.

i work with my computer i don´t put stuff on them to make it look like a christmas tree....Quote

If I ever go back to Air, exactly what I'd runQuote

Daiyus
Quote:
I'm using RGB in my build as the motherboard happened to come with it. It's a monochrome build and the RGB stays static on whatever colour suits me at the time (or more specifically, my daughter :P). It's nice to have a little more flexibility with an accent colour.

I can't stand this rainbow disco stuff though. I guess it makes for good marketing to show off the variety that it's capable of but I don't understand how anyone can want that 24/7.

As for Noctua, I'm glad to see their Chromax lineup expanding. For the longest time the primary complaint was lack of neutral colours in their products. Now I can see lots of people who have always wanted Noctua performance actually getting it because it's no longer available in just brown/tan.Quote

Warchild
Quote:
This guy gets it. The only lighting I could accept is soft white ambient or low uv. Anything else just causes colour bleed to me.Quote

Dawelio
Quote:
Quote:
Well as always; you do have option of just turning it off