Noctua has released three special edition AM4/Ryzen compatible CPU coolers, ready for the launch of  AMD's next generation of CPUs.
This comes one week after Noctua announced their new AM4 upgrade kit, which will come free to existing owners of Noctua CPU coolers, some of which date back to 2005.
Now Noctua plans to also ship AM4-ready CPU coolers before the official launch of the platform, with AM4 ready versions of the NH-D15, NH-U12S and NH-L9x65, all of which will come with an SE-AM4 suffix on their codename. These coolers will be some of the first AM4 ready CPUs coolers on the market, supporting AMD's AM4 CPUs on launch day.
Below is a quote from Roland Mossig, Noctua's CEO.

AMD’s Ryzen architecture promises exciting possibilities for various applications and the NH-D15, NH-U12S and NH-L9x65 are some of our most popular models, so it was a natural choice to create dedicated special editions for the new platform,

Each of these coolers has received more than 100 awards and recommendations from international websites and magazines, so we’re confident that the SE-AM4 special editions will be a great choice for anything from compact ITX builds to overclocked gaming rigs. 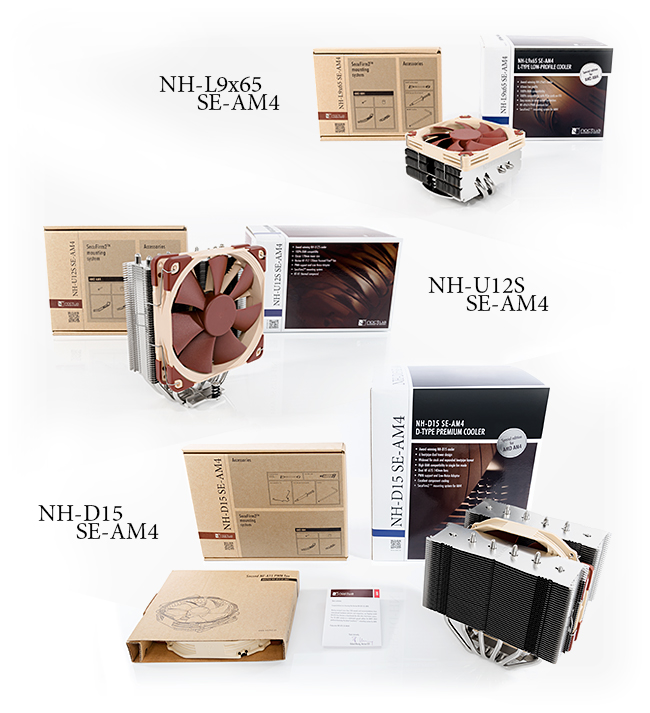 Those who already own Noctua CPU coolers will be able to apply for a free AM4 upgrade kit, which Noctua will ship free of charge. You can learn more about Noctua's free AM4 upgrade options here.

You can join the discussion on Noctua's new Special Edition AM4-ready CPU coolers on the OC3D Forums.