Noctua is working on a 1.5 kilo passive CPU cooler

Noctua is working on a 1.5 kilo passive CPU cooler

Need to keep your system as quiet as possible? Want to replace your fans, pumps and other cooling devices with something a little quieter? Noctua is working on a colossal passive CPU cooler, which according to them is designed to dissipate up to 120 watts of heat in cases with good natural airflow, or up to 180 watts in a case with quiet case fans, or with a fan that's directly mounted to the heatsink.

Richard Swinburne, an attendee at Computex 2019, has stated that Noctua's prototype fanless cooler weighs in at 1.5 kilograms and as the pictures here show, utilise seven heatpipes. The cooler supports AMD's AM4 platform and Intel's LGA 115x sockets, with the cooler coming with the company's improved NT-H2 thermal compound.

At Computex, this cooler was reportedly able to keep an Intel i9-9900K cool and quiet under load, a great achievement, given the high ambient temperatures of the Computex exhibition hall. 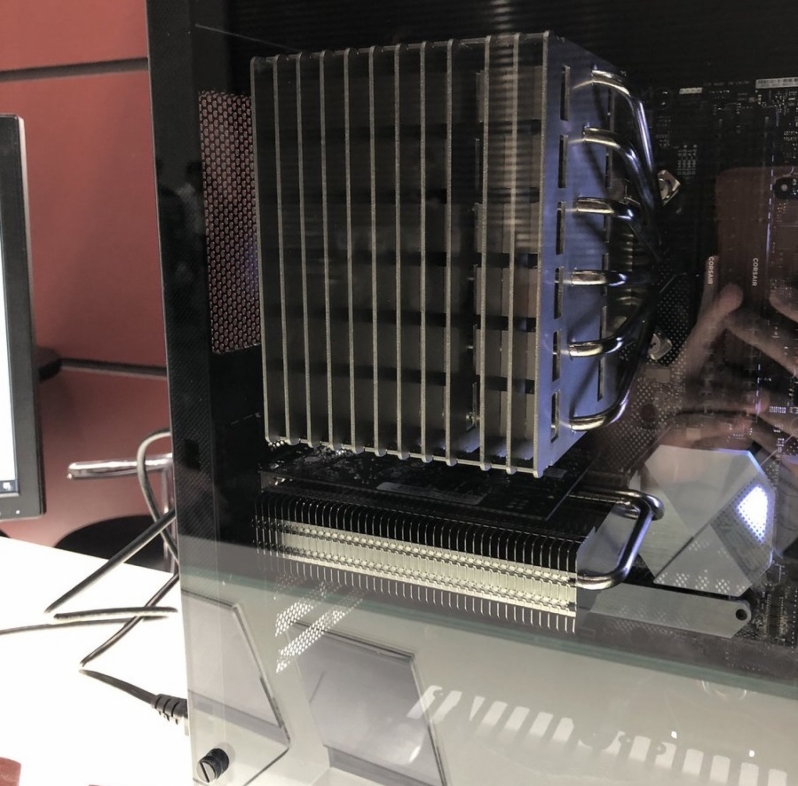 At this time, Noctua has no firm release date for its passive CPU cooler design. It is likely that Noctua plans to continue to optimise their passive CPU heatsink further.

You can join the discussion on Noctua's huge passive CPU cooler on the OC3D Forums.

Dawelio
Quote:
That thing almost looks like a skyscraper lol...Quote

i would prefer a solution with some slow fans and more performance.
something a step above my nh-d15 coolers.


the nh-d15 keeps my 8 core ryzen cool and quite.
but i think an overclocked 12-16 core will bring him to the edge or at least need a more noisy fan profile.Quote
Reply