MSI has made full systems and standalone PC components for quite some time, making themselves one of the most well-known hardware vendors on the market, but until now the company has mostly stayed clear of the standalone case market

It takes very different expertise to create a PC enclosure than it does to develop motherboards and GPUs, though for the past few years it is undeniable that MSI has been expanding to cover an increasingly large area of the market, offering keyboards, mice, CPU heatsinks, gamepads and even audio headsets.

To cover the case market, MSI has developed two new cases for their "Gaming Gear" range of products, both of which offer similar designs that will cover different areas of the market.

On the higher end, MSI has created their MAG Pylon, which will ship with three 4mm thick Tempered Glass panels for the front, left and right panels of the chassis, offering support for ATX motherboards, dual 3.5-inch (or two 2.5-inch) drive bays and four 2.5-inch drive bays. At the front of the enclosure, MSI has included three Mystic Light compatible RGB fans, which can be integrated into your motherboard's lighting setup.

On the lower-end, MSI has created their MAG Bunker chassis, which lacks any integrated fans, removing the RGB functionality from the Pylon while also replacing the right side panel (behind the motherboard tray) with a metal panel. Otherwise, both cases appear to be identical, supporting a vertical GPU mount, two front USB 2.0 ports and two front USB 3.0 ports. Unlike the Pylon, the Bunker has a single 120mm non-RGB fan at the rear of the chassis. 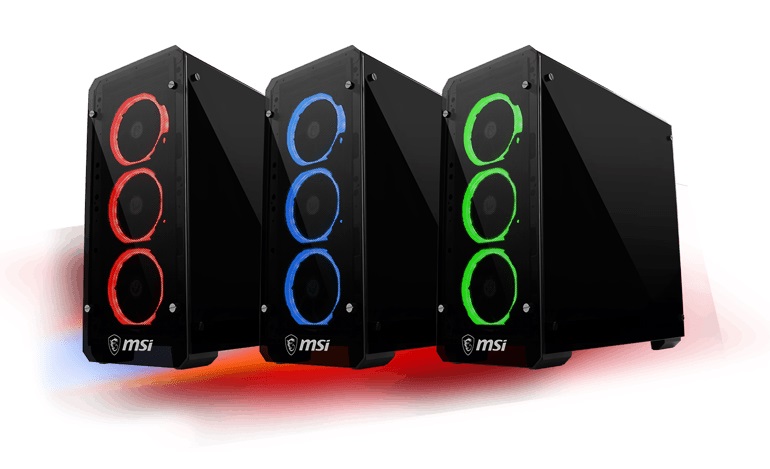 Below are the specifications of the MSI MAG PYLON, which offers only a few millimetres of breathing space between the case's front-mounted fans and case's front tempered glass panel, limiting potential airflow.

At this time, MSI has not revealed a price tag for this chassis or a firm release date for retailers. More information about MSI's MAG PYLON and MAG BUNKER series cases on the company's official website. 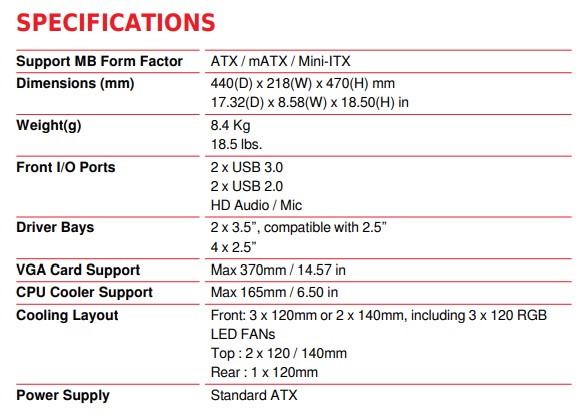 You can join the discussion on MSI's new MAG PYLON AND RGB series cases on the OC3D Forums.