What is interesting about this new fan design is that it comes with a new, patented impeller design, using two different types of fan blades which are designed to both increased airflow and static pressure. This fan design will use a standard square design and comes with four rubberized mounts, with power coming from a 4-pin fan header. 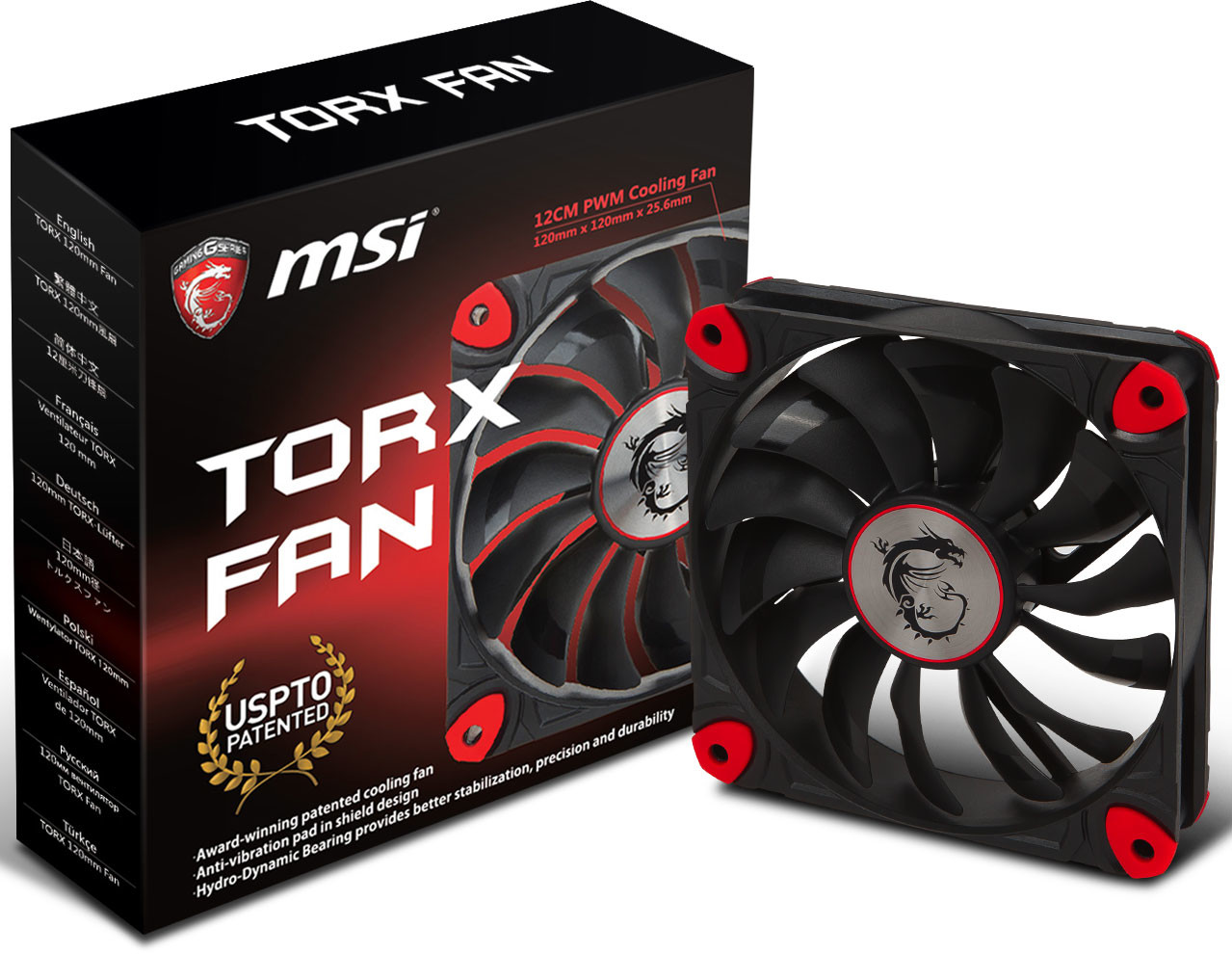 Right now MSI has not revealed the pricing or release date of this new standalone fan design.

You can join the discussion on MSI's new TORX series of 120mm fans on the OC3D Forums.

NeverBackDown
I like it.
The red on it it meh but it has no RGBs and that makes me happyQuote

Dark NighT
Quote:
I have but its green/black lol

These do look pretty cool.Quote

PaddieMayne
I like em, how much? and where can I get em?Quote
Reply