A Mac Pro look for an affordable price.

Apple's 2019 Mac Pro provided users with a front panel design that was unlike anything else on the market at the time of its release, offering users a cheese grater-style appearance that promised both sound dampening and high levels of airflow.

MetallicGear, a sub-brand of Phanteks, have announced that they plan to deliver the Mac Pro's premium look for a $60 with its new NEO Pro chassis. From the front, the case packs the same front panel design as Apple's $5999+ system, but users will be glad to know that they got good value for money out of their purchase.

The MetallicGear NEO Pro will ship with a single non-RGB 120mm fan for cooling, a tempered glass side panel, a PSU shroud and both silver and black colour options. In the UK this case is likely to release in March for around £59. 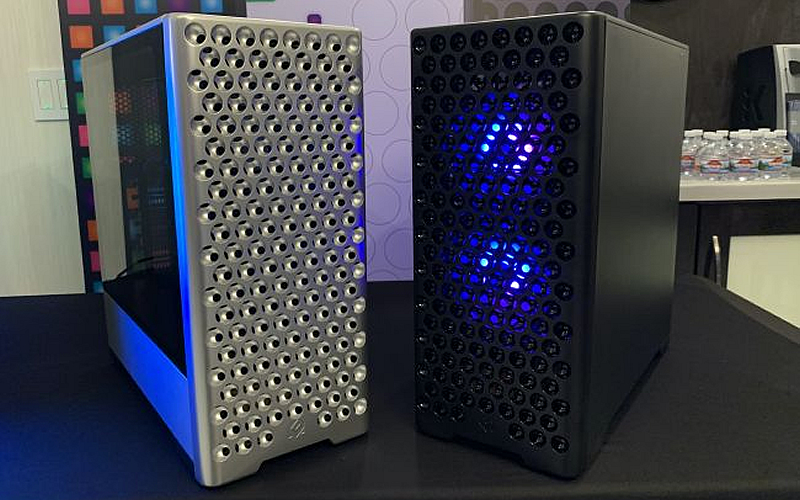 You can join the discussion on MettalicGear's NEO Pro series of Mac Pro inspired cases on the OC3D Forums.

WYP
Quote:
I think that's the point. It is supposed to look like the new Mac.Quote

Warchild
Quote:
Wait what? This is how the new Mac looks? oh dear Apple...Quote

WYP
Quote:
New Mac Pro. I'm surprised that you haven't seen this yet.