An ITX case with support for large graphics cards, 280mm AIOs and more

G.Skill has just revealed a new ITX enclosure design called the Z5i, a PC chassis that supports graphics cards that are up to three slots wide and liquid coolers that feature 280mm radiators.

So far, G.Skill has not listed this new enclosure design on their website, and neither have they issued us a press release detailing the enclosure. So right now, all we have is the YouTube video below, though it has revealed a lot of information about the compact enclosure.

At the rear of G.Skill's Z5i enclosure is space for two 120mm or 140mm fans, acting as this enclosure's exhaust. This is also where liquid cooling radiators can be mounted, with 280mm AIO Liquid Coolers being supported. This design feature allows CPU heat to be exhausted outside of the system directly, which is good news for thermals. That said, there doesn't appear to be space for any fan assistant air intakes, a factor that could make cooling problematic.

On the front I/O of the Z5i are two USB 3.0 ports and a single USB 3.1 Type-C port. Graphics cards are supported within this system thanks to a PCIe 3.0 extension cable. This may force users of PCIe 4.0 motherboards and graphics cards to lower their GPU's PCIe level in their BIOS' to ensure hardware compatibility. 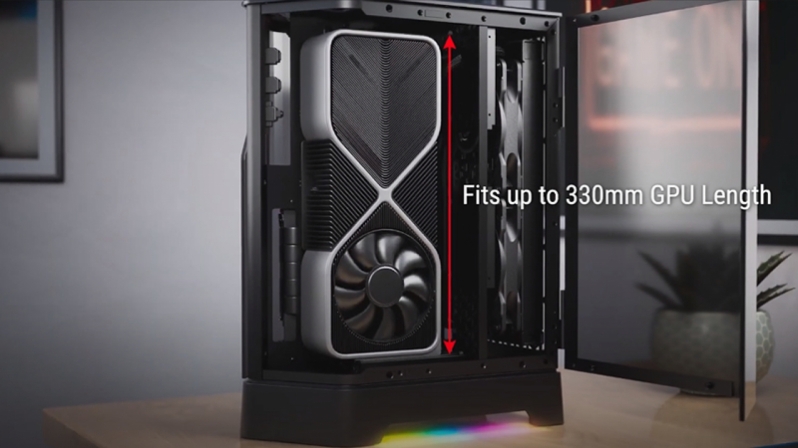 At this time, we know nothing about the pricing or availability of G.Skill's Z5i enclosure. However, given G.Skill's recent YouTube reveal of the enclosure, we expect to hear more about it soon.

You can join the discussion on G.Skill's Z5i Mini-ITX PC enclosure on the OC3D Forums. 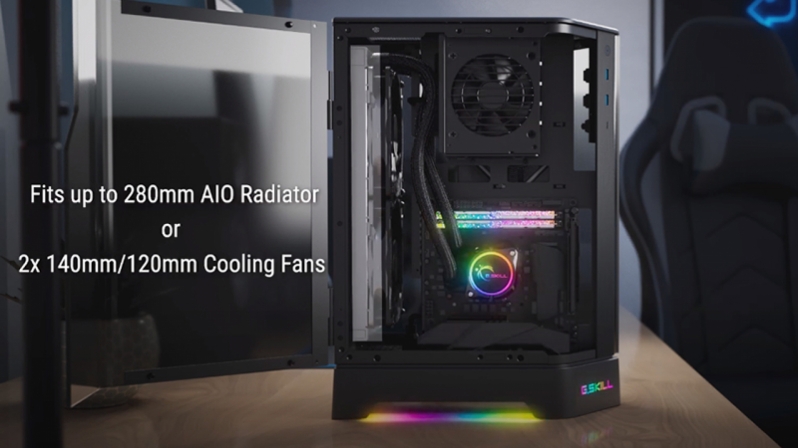 NeverBackDown
Looks slightly on the bigger side. Wonder what the volume is. Other than that it does look pretty good as an itx fan I would love to see a review of thisQuote
Reply