Over the past 24 hours, we have received additional information about EK's upcoming lineup of air-cooled heatsinks, which came as a surprise announcement at the EK Cooling Expo. This online event replaced EK's usual Computex 2020 presence.

We now know that EK's planned air coolers will be branded under the EK-AIR name and that the series will feature single and dual-tower heatsink options. The series will aim to delivers customers a "premium build quality, modern aesthetics, and great cooling".

Like the company's latest liquid cooling products, D-RGB (Digital-RGB), which is also known as addressable RGB, lighting will also be included with EK-AIR series products. This lighting will likely come in the form or RGB illuminated fans, though other RGB elements could be possible.

After speaking with an EK representative earlier this week, we can confirm that the image below represents an unfinished product design. This means that the EK-AIR series of CPU coolers is far from launch, making a late 2020 to mid-2021 release timeframe seem probable.

Understandably, EK wants its first air coolers to meet the same quality standards as the company's other products; and doesn't want to reveal too much information about their upcoming products before they are ready to release. We know that the company plans to offer users a dual-tower heatsink design, but sadly, EK has decided to keep this design under wraps for now.

At this time it is unclear how many heatsinks EK are designing, or how much these heatsinks will cost when they eventually release. Will EK become a competitor of Noctua within the air cooling market? Only time will tell. All we can say is that it's great to see more competition within this market space. 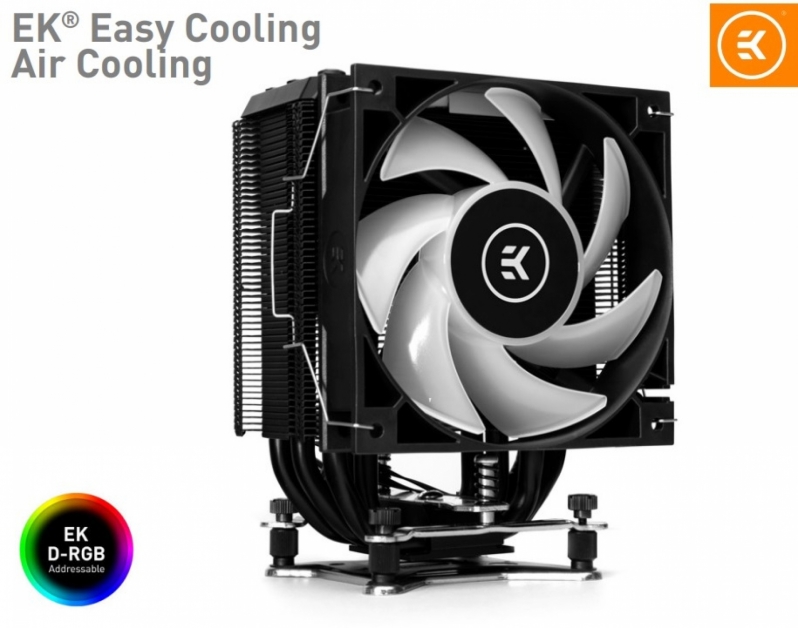 You can join the discussion on EK's plans to enter the air cooling market with EK-AIR series heatsinks on the OC3D Forums.