AMD's new Threadripper CPU socket is huge, so much so that most existing CPU cooling solutions are simply not large enough to adequately cover the CPU's IHS for adequate heat dissipation.
This has required cooling manufacturers to create new cooler designs that offer a larger contact area, which will allow Threadripper CPUs to be cooled much more effectively. EK is now offering their fans Threadripper specific CPU water blocks, coming with a dense finstack and a large cold plate that is designed to cover the entirety of Threadripper's IHS.

EK's new Supremacy Evo Threadripper Edition water block will be available in three versions, though it is also likely that the company will also be creating monoblocks for specific motherboard/VRM solutions in the near future. 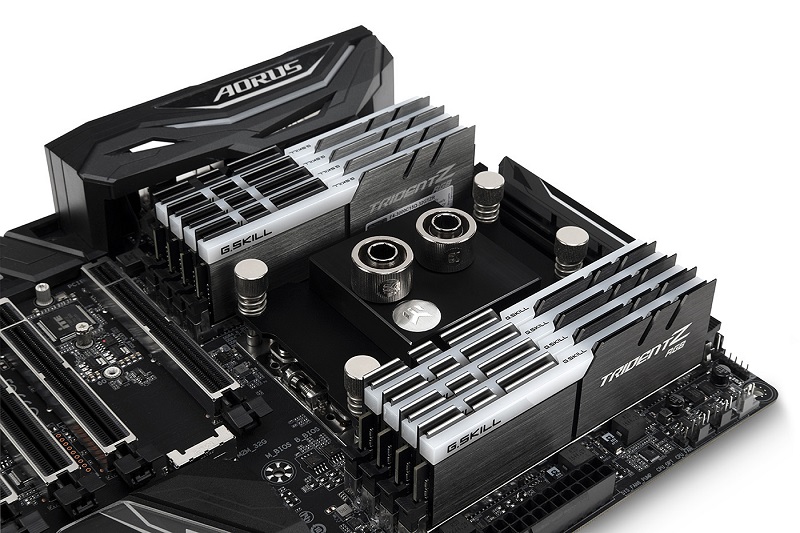 EK's new EVO Threadripper comes pre-assembled with an error preventing mounting mechanism that prevents improper installation, allowing this block to be used on TR4 and SP3 (Threadripper and EPYC) sockets with ease.

These new water blocks are available to pre-order today on EK's webshop and will start shipping on Thursday the 18th of August.

You can join the discussion on EK's Threadripper specific Supremacy Evo Water block on the OC3D Forums.

Dawelio
Now that motherboard and those ram just looks the sex togheter!Quote

AlienALX
Quote:
Until it all lights up.Quote

Dawelio
Quote:
Meh, will most likely just look better depending on how it's lit up

Avet
For X299, and X399 full cover blocks are a way to go. Yes EVO is good block but i think those fins are just to small to pick up widely spread heat form Threadripper, and you really need to put some proper cooling on those VRMs for best performance.

robbiec
But didn't Tom point out that the VRMs on the extreme handled an overclocked TR @4ghz no problem with the standard cooling solution? The CPU mount gets hot not the VRMs thus negating the need for a FC block on X399 (with Asus at least)Quote
Reply