Partial refunds and upgrades are offered to existing users, depending on the block they own

EK is easily one of the most recognisable names in the water cooling market, offering a range of liquid cooling products that cover a wide range of CPUs, graphics cards, motherboards and more. This brand recognition has come after years of high-performance water block designs which are merged with a premium aesthetic, facilitating the creation of beautiful, cool running, high-performance PCs.

In recent months this reputation has started to slip, with their CEO, CTO and other staff leaving the company, with some of them later finding a new home at Corsair. Reviews for the company's new Supremacy EVO Threadripper water blocks have also been unkind, revealing sub-par performance when compared to their competition.

EK has seen these criticisms of their Supremacy EVO Threadripper Edition water block and has apologised for the sub-par performance of their water block, stating that it is "not up to EK standards" and that "action has to be taken". This action has resulted in the delay of future X399 monoblock design and a significant reduction in price for existing Threadripper water blocks, with standard blocks now selling for as little as €36.84 on the company's web store.

Those who already own the Supremacy EVO Threadripper water block are entitled to a $/€25 coupon code if they purchased their block before November 27th, with those who have proof of purchase before the same date being able to get a partial refund of $/€25. Owners of the ASUS ROG ZE RGB Monoblock will be able to apply for a free upgrade kit which will allow owners to replace the block's CPU thermal transfer plate with a newly designed coldplate solution, which is specific to Threadripper and should offer more cooling potential. 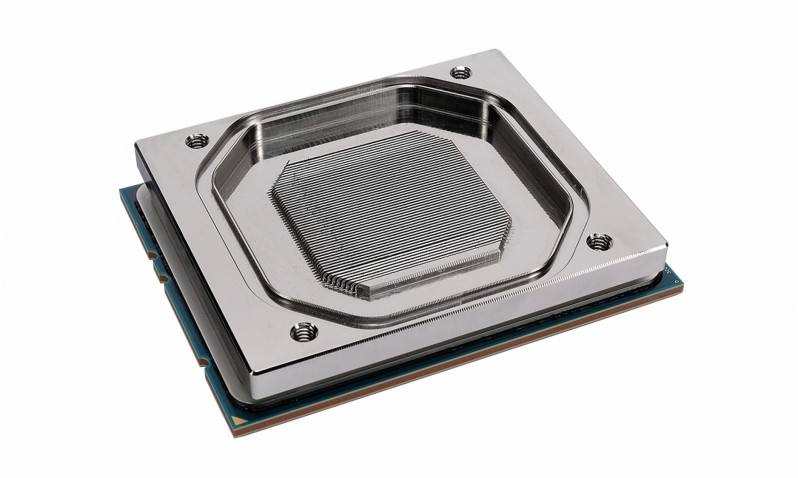 EK's performance woes stem from the fact that their Supremacy EVO Threadripper Edition block is a redesigned version of their existing Supremacy Evo, which utilises an extended fin area that covers the CPU dies under Threadripper's IHS. The problem is that this design does not cool the remainder of the Threadripper IHS, unlike many competing models, leaving EK at a disadvantage.

To solve this problem, EK has designed a new water block design that is tailor-made for Threadripper (shown below), offering a larger finned area for increased thermal transfer potential and covers most of Threadripper's IHS. With this design, EK says that they can now compete with the best performing Ryzen Threadripper water blocks available. 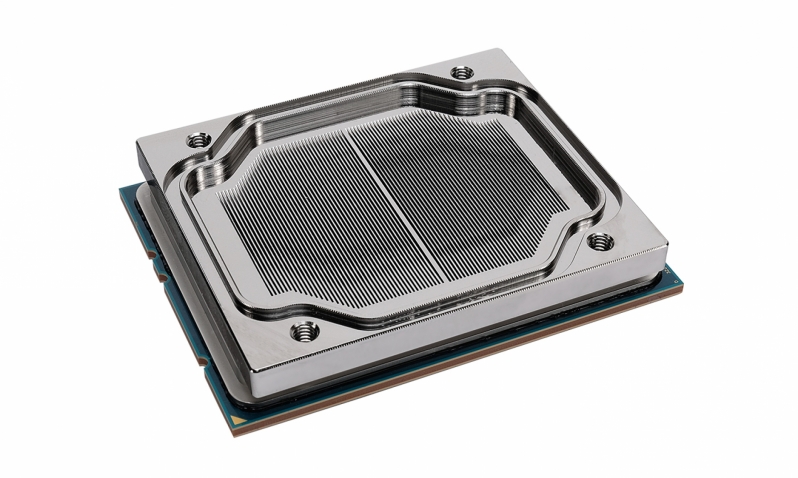 EK is currently working on a new water block design for Threadripper, with the solution above being designed for CPU+Motherboard monoblocks. Sadly EK has not stated whether or not they will give vouchers or refund to Supremacy EVO Threadripper Edition users who purchased their blocks after November 24th, 2017.

You can learn more about EK's refund and upgrade options here.

You can join the discussion on EK's sub-par Threaripper water block performance on the OC3D Forums.

AlienALX
Looking at them they look beautiful. Which means they probably sacrificed performance. IDK what is going on at EK but Dan (B-Negs) wasn't there for long.Quote

Bartacus
Too bad, since they're nice blocks. You don't have much choice in the monoblock arena, if any. If Watercool started making those, I'd be all over one for my CH6 Hero. But EK monoblocks NEVER perform as well as a HeatKiller CPU block. Even their older Z77 blocks didn't perform as well as a straight up CPU block, but at least you got better cooling for the VRMs. Too bad you had to sacrifice CPU temps to get that though.Quote

Eddie long
I know EK have been though there troubles , maybe this is the sort of negative feed back they needed , to spur them on to bigger and better thingsQuote

Warchild
Quote:
Thats what caused the whole problem. There was a big divide into "what" bigger and better things they should strive for. I guess some liked the idea of collaboration with Corsair, others didn't.Quote

The_Governour
Strange that this even came out Aproved. As anyone can see that the Threadripper CPU die is much larger than that.

Did they not make any tests at all? Or just slap a similar Evo block on it and give it a thumbs up?Quote
Reply