A new Corsair chassis called the 1000D has leaked online, both on Amazon in the US and temporarily on Corsair's website, revealing a behemoth of a PC case which can fit both an EATX and an ITX system simultaneously.

The chassis is so large that it can support up to a total of eight 120mm fans in its front, three 140mm fans at the top and up to two 120/140mm fans in its rear, utilising a steel frame with tempered glass elements. When shipped this case weighs 29.5kg, making it much heavier than most complete systems. The Corsair 1000D measures in at 693mm x 307mm x 697mm.

Corsair's Obsidian 1000D is designed to be so large that PCs can be built inside it without any significant limitations. Water cooling wise, this enclosure with support for up to two thick 480mm radiators at the top, a 420mm radiator at the front and a 240mm radiator at the rear, making this chassis ideal for custom water cooling, enough to water cool the two systems that can be integrated into this system if required. 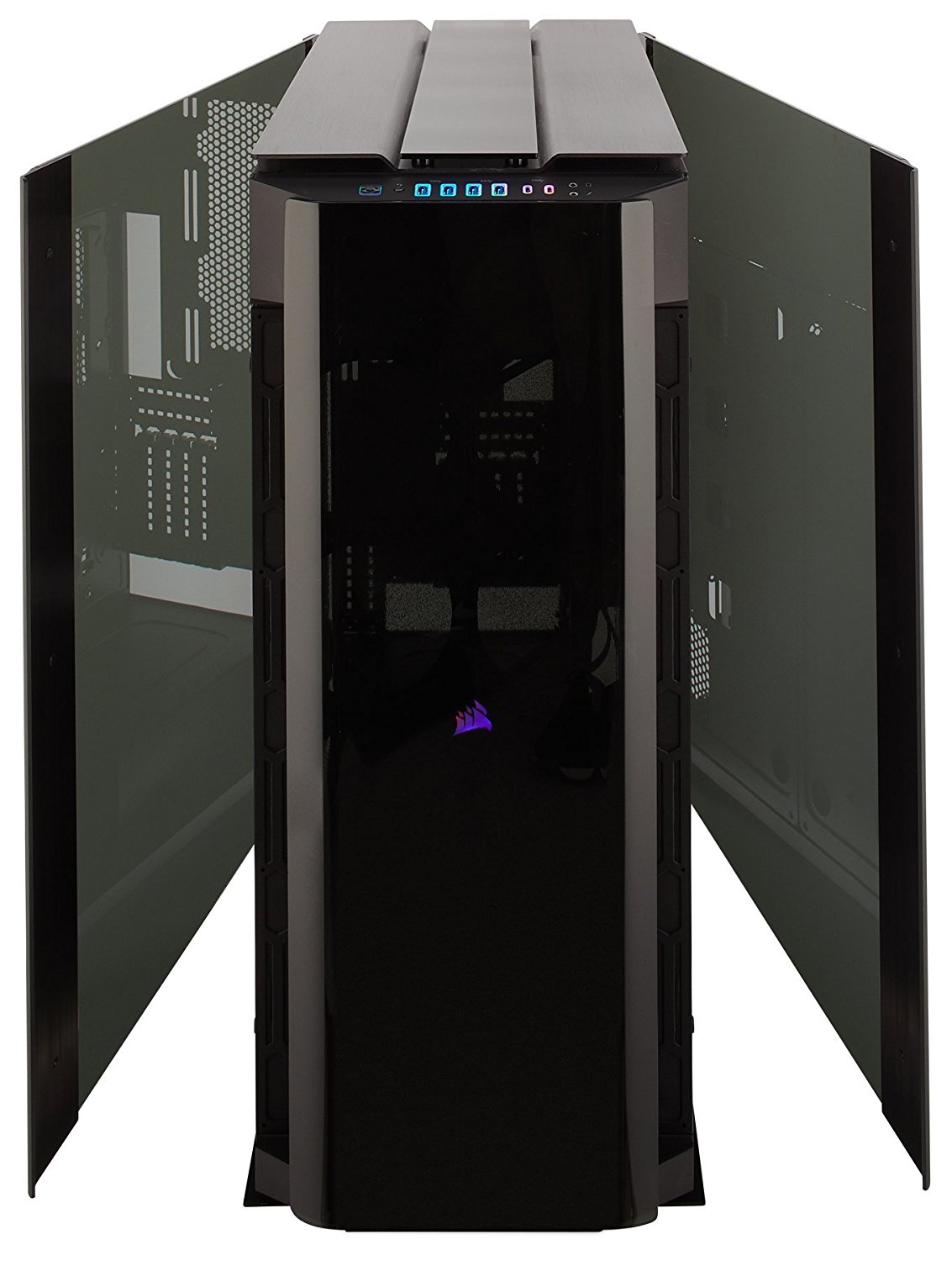 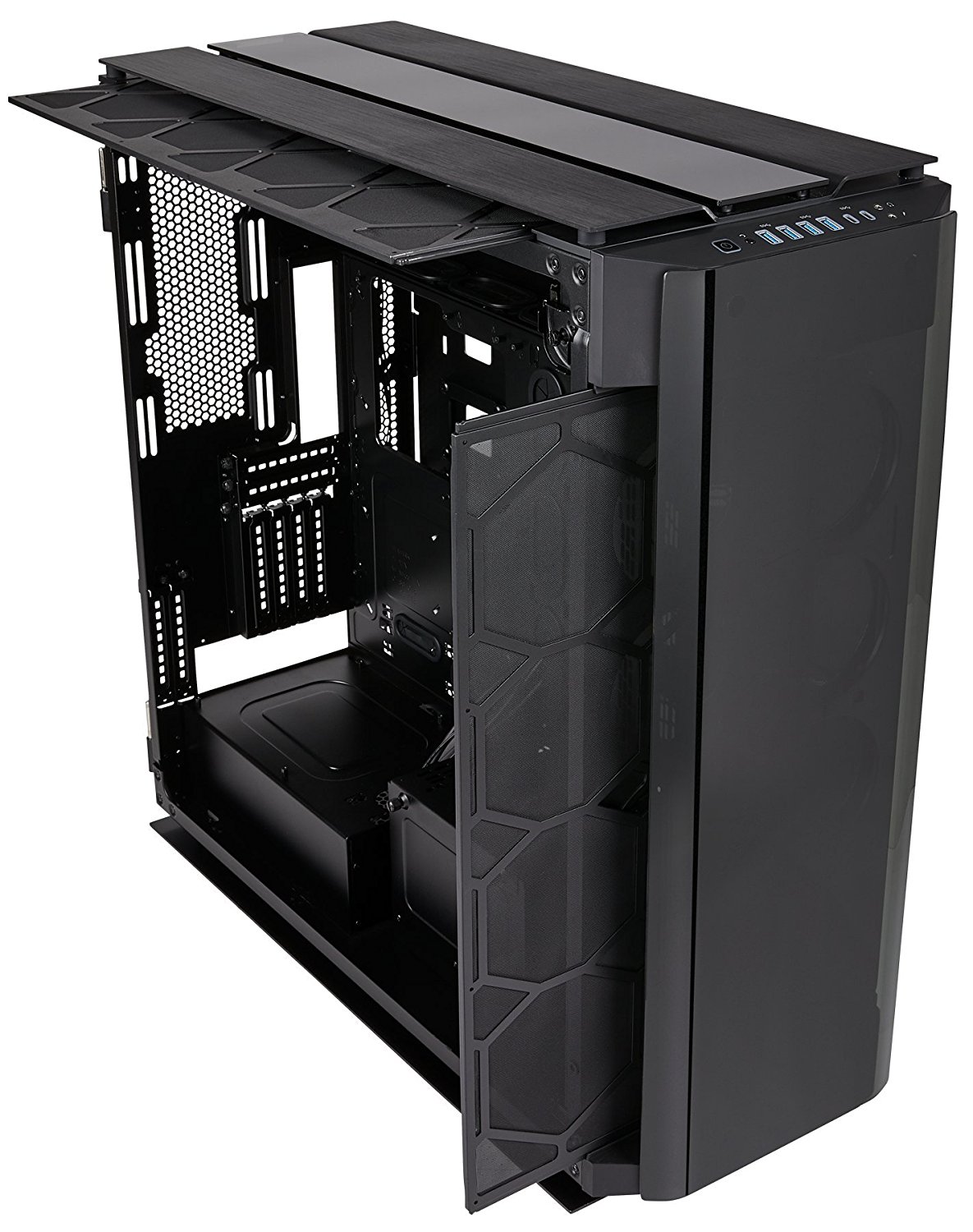 We can see in this system that the standard motherboard tray can accommodate up to an EATX system, with an area in the base that can also be used for an ITX PC. While this feature will be useless for some, others will see the benefit of having a secondary system, be it a dedicated capture system for online streaming, or a secondary system for use while the primary system is rendering or doing other heavy workloads.

In the picture below we can see that there is a cover for this ITX system area, which means that this function doesn't need to be utilised by end users. Alternatively, users can build their main PCs and then grow into using a secondary ITX system.

When it comes to storage, this super tower can support up to six 3.5/2.5-inch drives at the base of the chassis and up to six dedicated 2.5-inch drives. This should be more than enough space for the majority of users, though there is enough space inside the case to mod some additional HDD/SSD mounts into the 1000D if required. 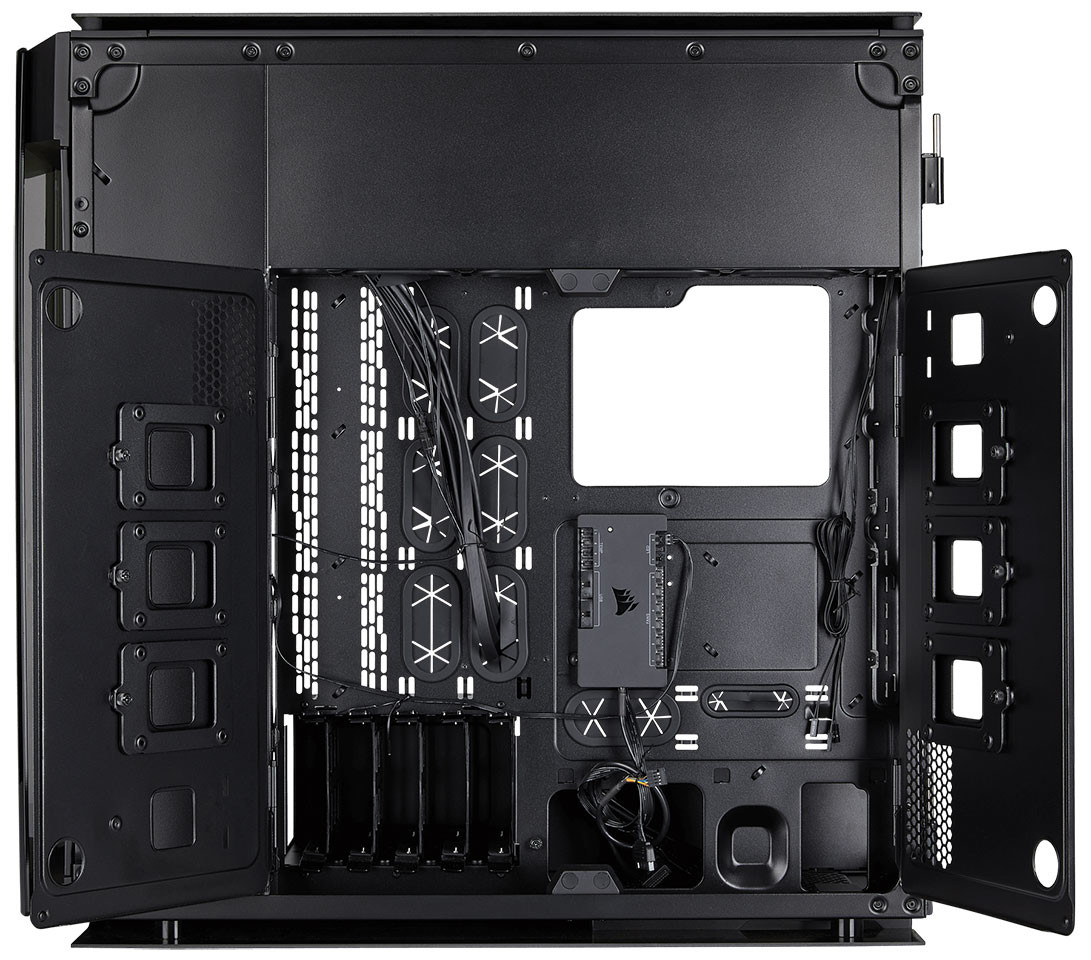 According to a leak from Corsair's website, this chassis will cost $499.99 in the US. The Corsair 1000F will include a Corsair Commander Pro fan/lighting controller within the enclosure, as well as six front mounted USB 3.1 ports (4x Type-A and 2x Type-C). At this time the official release date of the Obsidian 1000D is unknown. 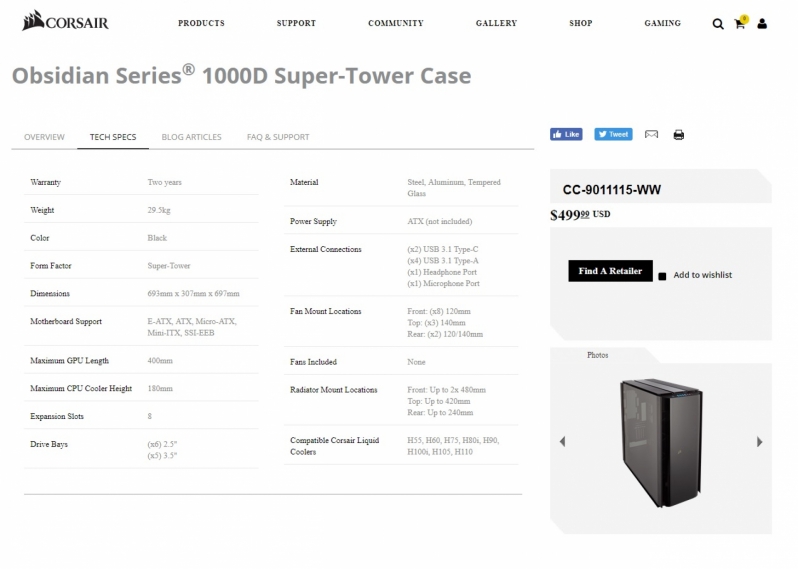 You can join the discussion on Corsair's upcoming Obsidian 1000D super tower case on the OC3D Forums.

Warchild
I hope we get to see the Slate. Will be disappointed if this is the flagship.

At least they did what I like on the C700P. Magnetised tempered glass doors on hinges.Quote

AlienALX
haha why does it remind me of a aircraft carrier? probably the size

I like it. Could fit a whole lotta water in there

Excalabur50
Bigger is not always better and they should know better the GPU vertical mount is too near the door, with the amount of room that case has they could have moved it in further for better GPU breathing room.Quote

WYP
Quote:
That is where a full ITX system will go. It isn't just a vertical GPU mount.Quote
Reply