During our tour of Corsair HQ, we spotted something that we have long suspected of being in the works, especially after the former CEO and CTO of EK Water Blocks joined the company. Corsair are working on custom water cooling components.

The eagle-eyed amongst you will have had a glimpse of this during our guided video tour of Corsair HQ but today what we have for you is some clearer images of some of Corsair's early prototypes, built to create a showpiece system for the company.

Let's be clear here; these water cooling components are not final, so don't expect to see these exact product on store shelves anytime soon, though it seems likely that we will see more news from Corsair in the water cooling space.

What we can see here is a Corsair branded CPU water block on what appears to be an ASUS LGA 1151 Z270 Maximus IX Hero motherboard alongside Corsair hardline 90-degree fittings and a GTX 1080 Ti water block. Remember that all of these designs are subject to change. 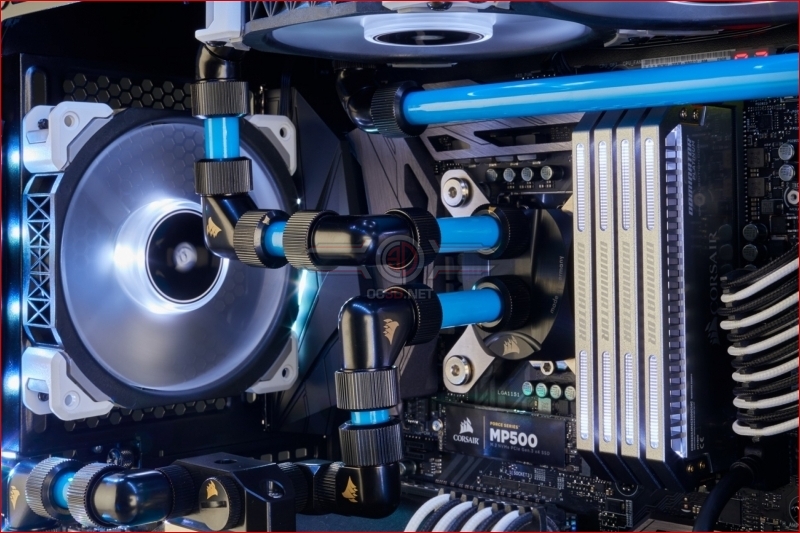 Looking closely at our images we can also see a pump reservoir combo unit, though in our pictures we can see no clear Corsair branding.

Having seen this system in person, we can confirm that Corsair did not make the radiators used in this PC, though it is possible that Corsair has plans to create their own radiators in the future. Remember that Corsair is still at their early prototype stages, the future creation of additional water cooling components is possible. 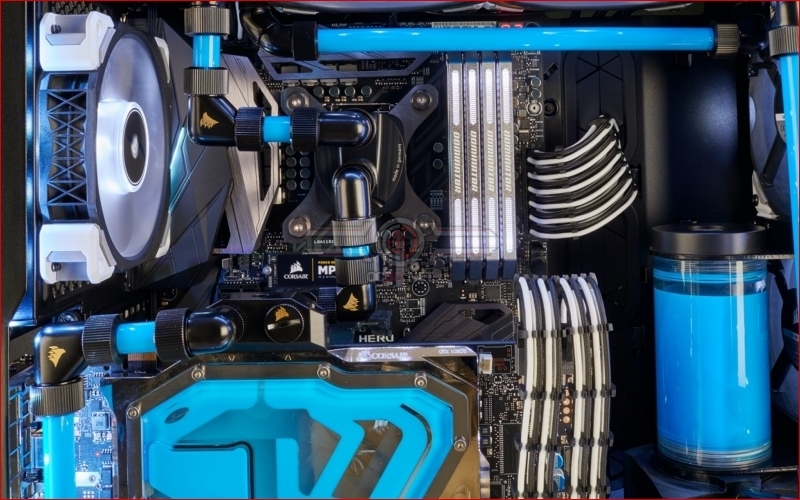 What is clear from these images is that Corsair has ambitions within the custom water cooling market, adding another major brand to the scene to take on the likes of EK, Alphacool and XSPC.

You can join the discussion on Corsair's Early Custom Water Cooling Prototypes on the OC3D Forums.

AlienALX
This could be good news.Quote

Warchild
Quote:
Those fittings look very cheap and poorly coated. I can see the brass will be showing through as soon as they are tightened, but hey.. more fittings on the market means more competition so the ones I like to use should hopefully drop in price slightly

I can already see in the photograph how the paint has worn away from them tightening the fittings.Quote

WYP
Quote:
Remember the words "early prototype", these are the issues that should be ironed out before any of these products hit the market. A valid concern though.Quote