These kits aren't free, but they are cheap

Corsair has today announced that their liquid coolers will support Intel's LGA 1700 CPU socket, allowing them to support Alder Lake series processors. Sadly, these mounting kits will not be available for free, but the good news is that they will be cheap.

Corsair's new LGA 1700 Retrofit kits for their CPU liquid coolers will be available for $2.99/€2.99/£1.99. Better still, these mounting kits will be shipped for free anywhere in the United States and Europe. These standoffs will allow Corsair's existing Intel LGA 115x/1200 brackets to support LGA 1700, making their users ready for Intel's Alder Lake CPU platform.

For less than £2, Corsair users can make their existing CPU coolers compatible with Intel's upcoming Alder Lake processors. That's a lot cheaper than investing in a new liquid cooler, though a more expensive $14.99 complete mounting kit is available for those who have lost their cooler's Intel LGA 115x/1200 mounting plate.

What follows is Corsair's press release for their LGA 1700 Retrofit Kits. 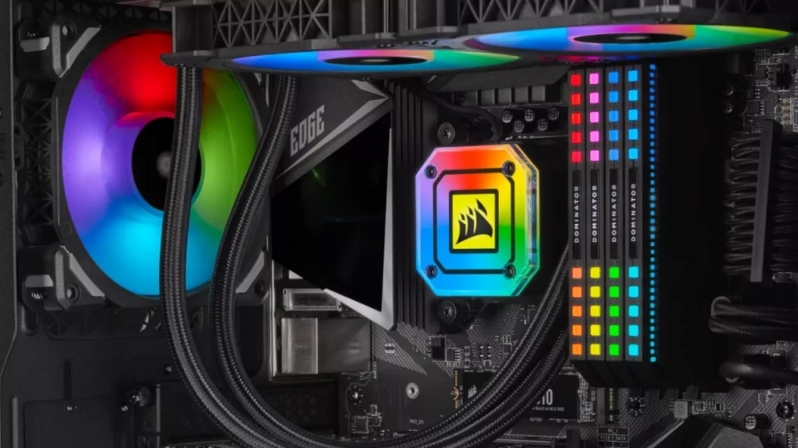 The new CORSAIR Intel LGA 1700 Retrofit Kit supports a wide range of currently shipping and past all-in-one CPU coolers, including the full award-winning ELITE CAPELLIX range, RGB PRO XT range, H100x, and more. Customers can order the kit from CORSAIR for just $2.99/€2.99/£1.99 and receive free shipping anywhere in the United States or Europe. The standoffs easily adapt the existing 115x/1200 bracket to be fully compatible with the new LGA 1700 bracket, ensuring owners are ready-to-go for the next generation of CPU performance.

"We're excited to offer these easy-to-use kits to help CORSAIR customers get ready for the new LGA 1700 socket," said Aaron Neal, Director of DIY Product Marketing. "Given the sheer power and performance of Intel Alder Lake processors, CPU coolers are poised to play a critical role in PC builders' new systems, and this kit makes that positioning possible."

In addition to offering the LGA 1700 bracket separately, CORSAIR CPU coolers with LGA 1700 support out-of-the-box are currently in production and will be available later this year. All future new CORSAIR CPU cooler launches will also support LGA 1700 out-of-the-box. For those who may no longer have all the necessary mounting hardware from their original purchase, a complete mounting kit for all CPU brackets, including LGA 1700, is also available.

The following CORSAIR liquid CPU coolers are compatible with the LGA 1700 kit:

You can join the discussion on Corsair's LGA 1700 Liquid Cooler Retrofit kits on the OC3D Forums.

Warchild
Quote:
Yes but Noctua, is for the people. Corsair is for the shareholders who want their dividends at all costs!.Quote
Reply