Designed for Threadripper, co-developed by AMD

AMD's Threadripper processors do not ship with stock/reference coolers, though if they did, Cooler Master's Wraith Ripper would be it. The Wraith Ripper was designed by Cooler Master and co-developed by AMD to deliver optimal cooling performance and an RGB aesthetic that is similar to the Ryzen 7 2700X's Wraith Prism cooler.

This cooler is the result of an exclusive partnership between Cooler Master and AMD, ensuring that this cooler offers full TR4 IHS coverage, support for Ultra-High-End 250W TDP Threadripper 2nd Generation processors and the ability to run quietly under load.

With the Wraith Ripper, TR4 cooler instals have never been easier, thanks to Cooler Master's long-screw mount design, which allows all screws to be accessed from the top of the heatsink. No fiddling with long screwdrivers or hard to reach mounting hardware. Cooler Master's Wraith Ripper is exclusive to AMD's TR4/Threadripper platform.

The heatsink itself is cooled by a single Cooler Master MasterAir Servo fan, which is mounted between two tower heatsinks which sport a total of seven heatpipes and 44mm clearance for DRAM modules. The cooler's illumination is from two addressable RGB strips, which highlight the cooler's frame and a Ryzen Threadripper logo. Users can customise the speed, lighting mode and colour of the Wraith Ripper's lighting using built-in lighting controls or through software. 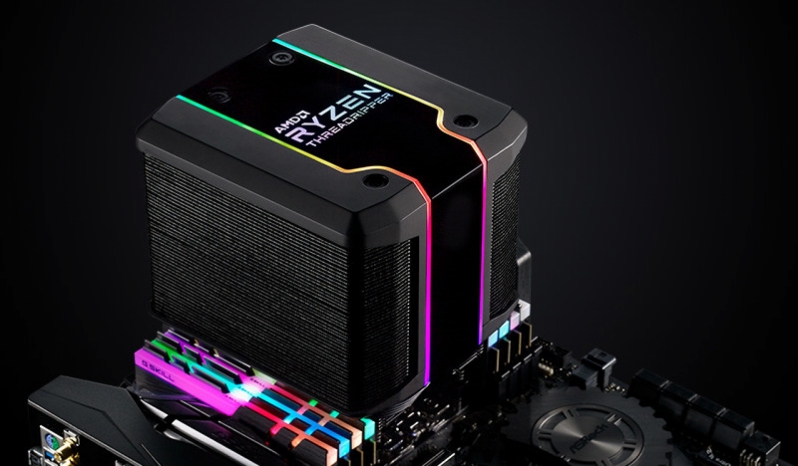 Cooler Master's Wraith Ripper CPU cooler is set to become available within Europe on September 27th, 2018, for €119, though Cooler Master has warned that pricing and availability may differ between regions.

You can join the discussion on Cooler Master's Threadripper 2nd Generation Wraith Ripper Cooler on the OC3D Forums.

Gothmoth
please compare it to the noctua NH-U14S TR4-SP3.


that´s the one i am using right now.
the noctua can be bought for ~70 euro so the new coolermaster cooler should be a lot better for 119 euro.
Quote

Dicehunter
Quote:
I can bet that a lot of the cost of the CM cooler is for the RGB.Quote

The_Governour
Had the CM haf xm and the CM elite 110... after that then I have not liked anything from CM at all..... dont like their products.Quote

Bhebhe
hmm better version and a good design for the rippers.Quote
Reply