be quiet! has officially revealed their new Dark Rock Pro TR4 air cooler, a high-end heatsink for AMD's Ryzen Threadripper processors that promised support for TDPs of up to 250W, making them capable of cooling their flagship 32-core Ryzen Threadripper 2990WX CPU.

In the UK this cooling solution will be available for £80.99, shipping with a dual-tower configuration which utilises a dual-fan setup for airflow. With this cooler be quiet! promises noise levels of 24.3 dbA thanks to their use of a Silent Winds 135mm PWM fan and a 120mm Silent Wings 3 120mm PWM fan, both of which are decoupled from the heatsink to minimise vibrations and any associated system noise.

When compared to be quiet's older designs, the company has claimed that their cooling fins and heat pipes now use a new ceramic black coating, which offers an appealing all-black design while delivering improved heat conduction when compared to their previous models. Small dots across be quiet!'s new fin designs also increase the surface area of the unit, making heat dissipation easier than before.

To accommodate AMD's huge Threadripper/TR4 socket, be quiet! has designed their new Dark Rock Pro TR4 to offer a larger cooling plate and is covered by seven large heatpipes, ensuring efficient heat transfer from every die contained within AMD's TR4 package. This makes the Dark Rock Pro TR4 incompatible with other CPU sockets. 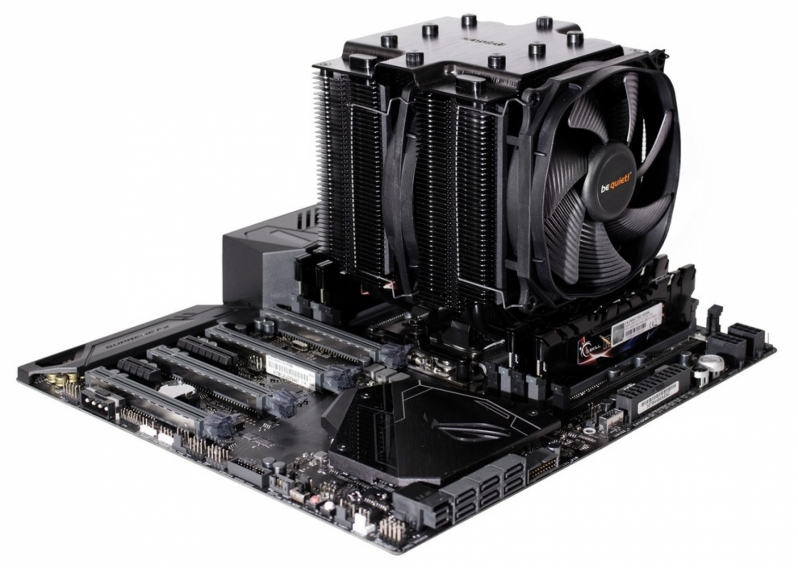 You can join the discussion on be quiet!'s Dark Rock Pro TR4 CPU cooler on the OC3D Forums.