A successor to ASUS' RYUJIN series of liquid coolers is coming, and it will launch with a larger screen, Noctua fans and addressable RGB lighting. Below is an image of the cooler, which has been named as the RYUJIN II by Videocardz, showcasing the heatsink on the company's Maximus XIII Hero Z590 motherboard.

Information about this cooler leaked yesterday on Facebook thanks to ASUS' Technical Marketing Manager, Juan Jose Guerrero III, who posted the image below on the CableModders Facebook group (thanks Back2Gaming). It is unknown whether or not the Ryujin II will feature same the pump-/block mounted chipset fan as its predecessor.

Thanks to this heatsink's large OLED screen, the Ryujin II will offer PC builders unmatched levels of customizability, giving its users more screen space to play with to display system statistics, static, images, custom GIFs and more. Videocardz has pictured a 240mm version of this Closed-Loop Liquid Cooler (CLC), though a larger 360mm version is also likely to be in the works.

ASUS is expected to launch their ROG Ryujin II liquid cooler sometime in 2021. 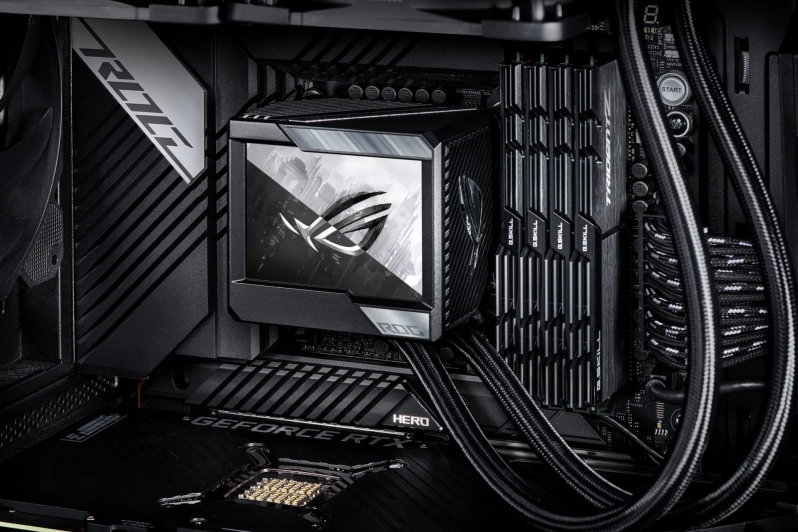 You can join the discussion on ASUS' ROG Ryujin II liquid cooler on the OC3D Forums.

KingNosser
They need disco beams coming out of them to lightshow the case i mean at this point why the hell not ?Quote

AngryGoldfish
Quote:
Yeah. I don't know whether it was purposeful or accidental.Quote

WYP
Quote:
Do you really want me to answer that question? Surely the mystery is better?Quote
Reply