These new liquid coolers have an RGB illuminated pump and Mercury series RGB fans, both of which support RGB lighting using a connectable controller unit or using 3rd party control solutions like ASUS Aura Sync and Gigabyte RGB fusion. When the RGB LEDs on each unit are turned off, the pump unit appears white, offering a neat contrast to the unit's black elements.

Antec's Mercury AIOs will release with five-year warranties, with the pump using a three-phase motor to maximise water circulation while remaining cool and quiet. Power to the units pump can be provided via a PWM connection or by using SATA power cables (using an included adapter). Antec's included Mercury RGB fans have 30 LEDs that can be synced using an RGB hub (included) or using motherboard RGB connections. 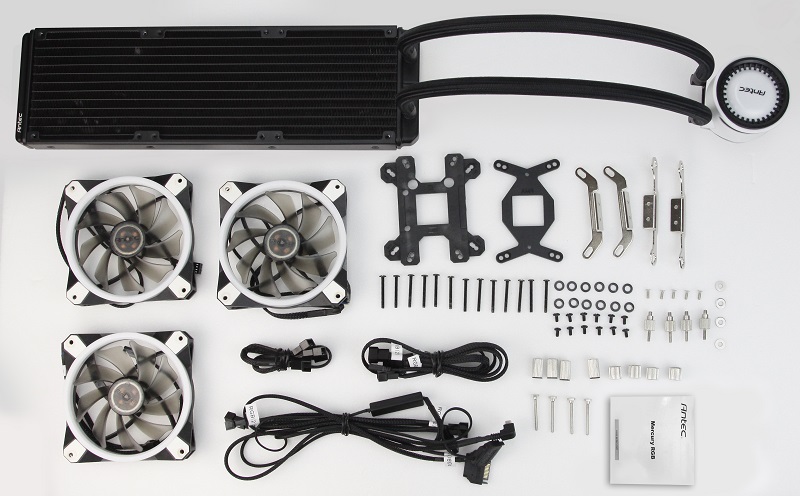 You can join the discussion on Antec's Mercury series of AIO liquid coolers on the OC3D Forums.

tolagarf
Not a fan of such a design. Way too tacky for my taste. Personally I prefer Fractal Design's Celsius line of AIO's if I should ever get one again.Quote

Peace Đ
Not sure if ASUS gonna be happy that Antec uses their design for the Mercury boxart... it's literally the same font with the same style.

All in all definitely not an ugly AIO!Quote
Reply