Antec have revealed 4 new cases at Cebit 2016, with a large variety of different designs, form factors and all new features for the company. Right now details on these new cases are scarce, but we can tell a lot about a PC case by simply having a look inside.

The first case that we see is a new and currently unnamed case from Antec, a case which has RGB LEDs on both the inside and outside of the chassis and is able to fit in a Mini ITX System and from the looks of it a lot of Water cooling components. Inside the case we can also see an EKWB logo, which hints that they may be making this case in collaboration with the water cooling company. 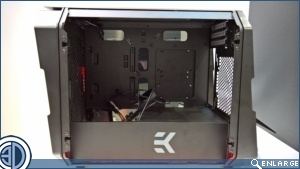 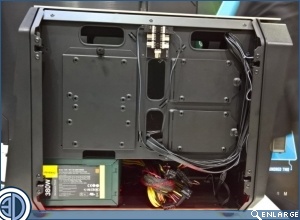 One other feature of this unnamed case from Antec is that it will feature RGB Illumination, allowing the case to glow in what ever colour the user wishes, which is a feature that users can spend a lot of money to implement themselves. 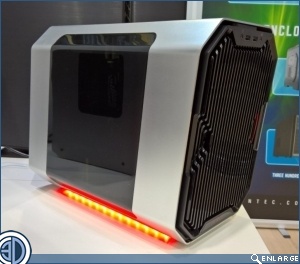 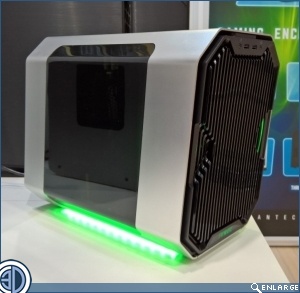 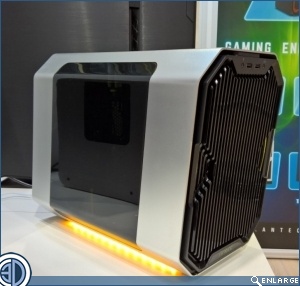 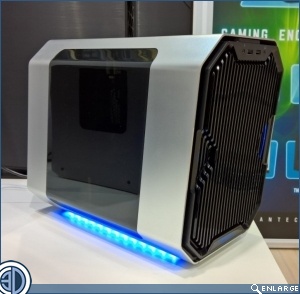 The second case that Antec has revealed at Cebit is their new Crown chassis, which looks like it is made out of Aluminium panels, though it is quite hard to tell with these pictures. Sadly we did not get a look inside this case, but it is a very different look than what we are used to from Antec. 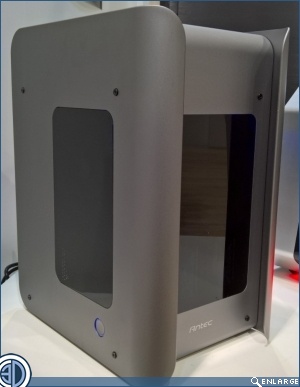 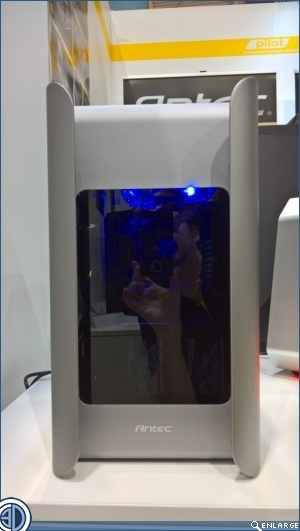 This third case is easily one of the most traditional case designs that Antec has showcased, offering support for a single standard 5.25" drives while still maintaining a lot of space at the front of the case for a front mounted radiator.

Like many modern case designs the Antec GX330 has a very open design, with a cover on the bottom to hide the cases two 3.5" drive bays. Sadly this cover does not extend to the PSU area of the case, but looking at the rest of the case the GX 330 is intended to be a more budget oriented chassis. 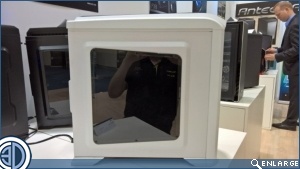 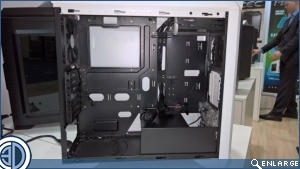 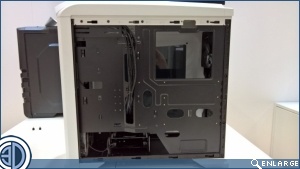 The final case that we have found from Antec is the full-tower Antec GX1200, an all new design from Antec that is designed to offer a large amount of water cooling support and ample space for almost any hardware configuration.

At the front of the case it looks like the Antec GX1200 will easily be able to accommodate a 360mm radiator with the top having similar radiator support. The base of the case is hidden by a large PSU shroud, covering the cases 3.5" drive bays as well as hiding any PSU cable clutter.

Behind the motherboard tray it looks like this case can support 3 2.5" hard drives or SSDs, contains a fan controller and has ample space for cable management, though we would love to see some rubber grommets on the final version of the chassis. 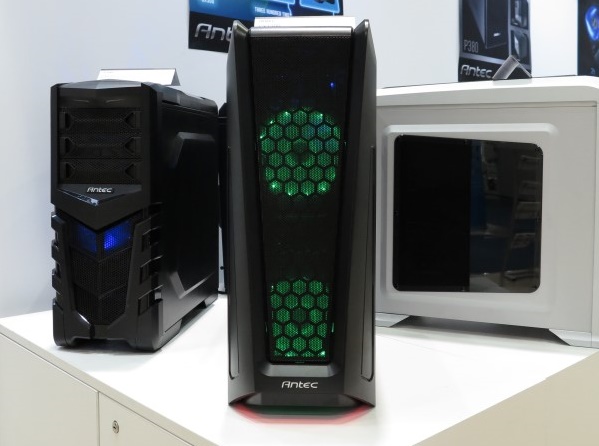 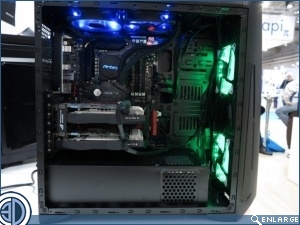 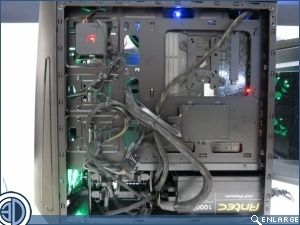 All of these cases are prototype versions from Antec, but we do look forward to seeing these cases hit store shelves in the future. Hopefully Antec will even send us some samples for review, as with this brief glance they all look like fairly capable designs.

You can join the discussion on Antec's new range of PC case designs on the OC3D Forums.

. I'd prefer the front to be less gappy but its a good deal better looking than certain cases from certain manufacturers.

-edit- the interiors in these cases is a massive step forward compared to what you guys currently sell. Keep it up!Quote

tinytomlogan
Actually looks MILES better than some of the stuff recently. Couple of them Id actually like to take a look at.

One thing I will say though, who ever built them wants sacking. Public show looking that messy? GTFO.Quote

AceModder
It wasn't me Tom

tinytomlogan
Quote:
Oh I knew that dude. You do understand what Im saying though.Quote

AceModder
I do. I believe the cases only arrived 1 day before the show was due to start.Quote
Reply