Following the reveal of Intel's price-cut Xeon Scalable R, T and U series processors, AMD emailed us to confirm that they had released two new EPYC SKUs. Was this email a coincidence? Who knows, but what we do know is that AMD's new 64-core EPYC 7662 processor is designed to offer 64 cores at a "lower cost point compared to other mainstream AMD EPYC 64 core processors".

AMD revealed its EPYC 7662 before Intel revealed its price-cust Xeon chips, which means that this processor is not a response to Intel's new cost-effective Xeon lineup. That said, this new processor is designed to deliver AMD's customers a similar promise. Lots of cores at lower pricing.

Next up is AMD's 32-core EPYC 7532 processor, which is the first 32-core AMD processor with 256MB of L3 cache. This configuration is unique for AMD, as it offers 32-cores across eight 7nm CPU dies, rather than 4 on AMD's other 32-core EPYC models. The 7532 processor offers the same amount of cache as their 64-core processors, but with a smaller allotment of CPU cores. This processor is designed to niche workloads which require a lot of cache and relatively few CPU cores.

These two processors will help AMD drum up some extra interest in EPYC from more niche areas of the server market, with the EPYC 7532 being the highlight of this announcement, given its unusual specifications. Both processors will ship with PCIe 4.0 support and 128 lanes of PCIe connectivity. Both of these processors will also make use of AMD's Zen 2 CPU architecture. 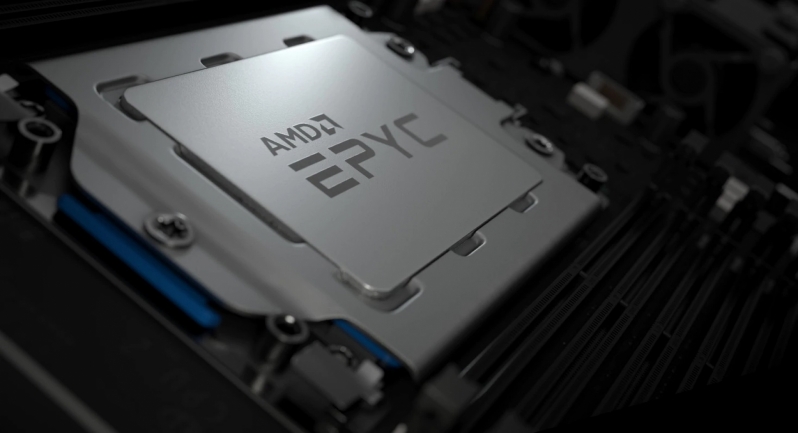 You can join the discussion on AMD's two new EPYC series processors on the OC3D Forums.